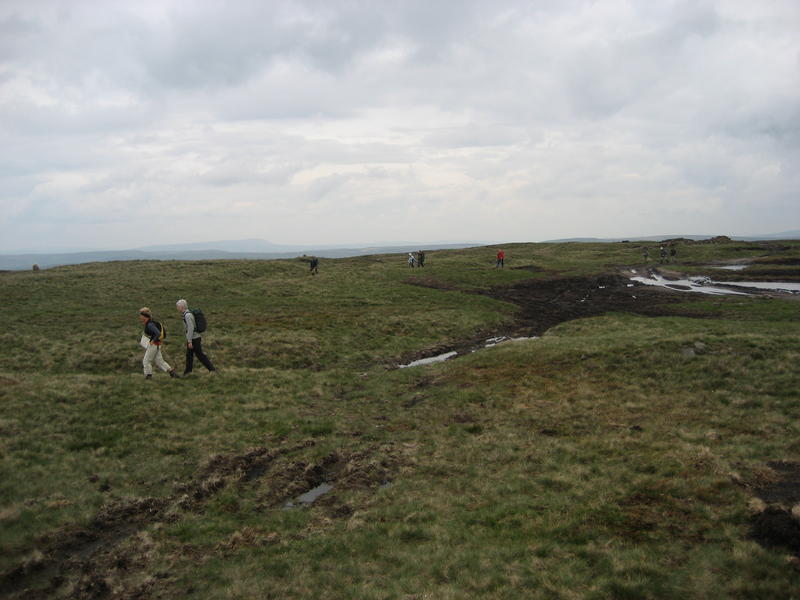 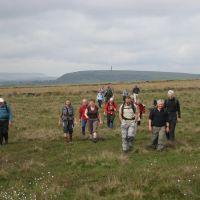 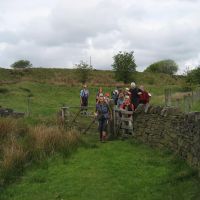 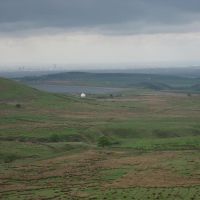 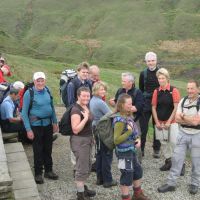 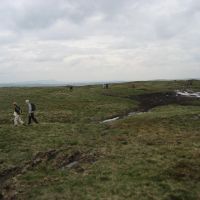 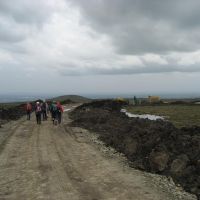 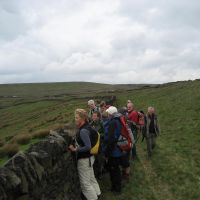 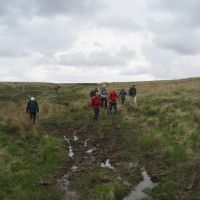 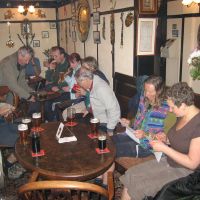 There were some suggestions that this walk should be called the Lancs. and Pennines roads and turbines inspection!

The last time I was in this area just over one year ago, it was a fine walk, with a tramp over some rough moorland. Imagine my surprise when I walked the route a couple of weeks earlier, and saw a car going across the moor, on closer inspection I found a bloody motorway had been laid.

After a coffee stop at Lower Lumb Mill, we carried on to Paradise where Alan Barber was waiting for us. Lunch was taken in an old quarry, and from here a short walk up to the Motorway! It was here that Alan produced his map, and explained that there are 8.5 kms of road works on the moors. There are to be 26 400ft wind turbines built on this moor. Chris said he would have a fantastic view of them (well, I think that's what he said)!

The speed, in which we descended to the Lord Raglan, would have impressed Iain! And the reason I call it a Motorway, all the signs are in blue.