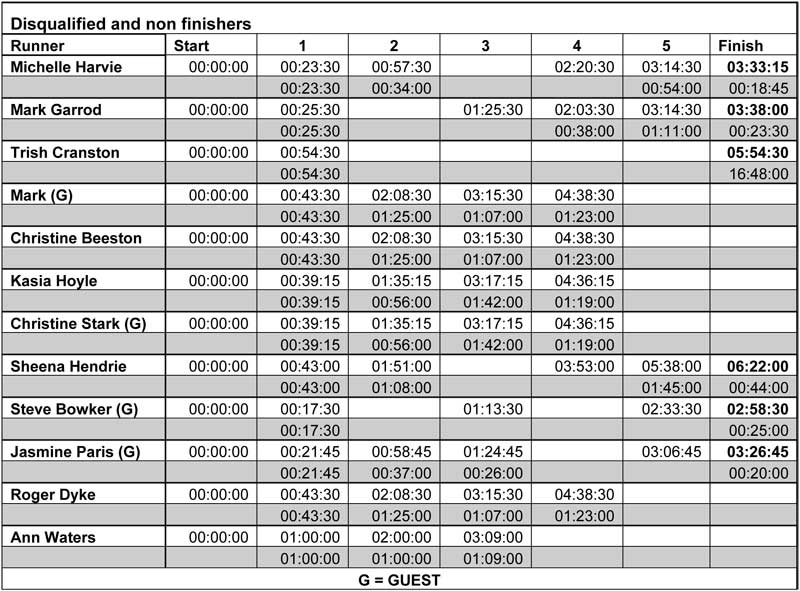 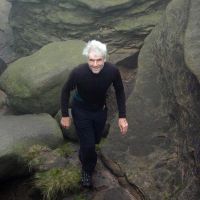 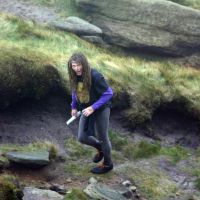 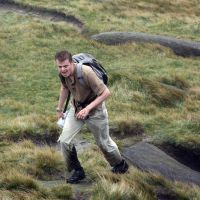 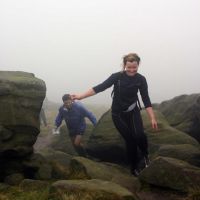 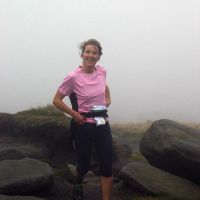 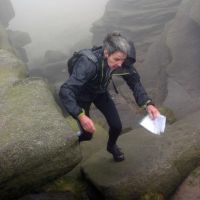 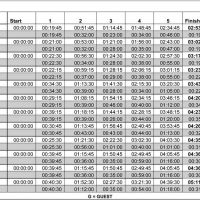 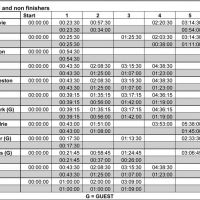 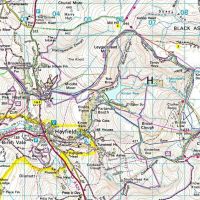 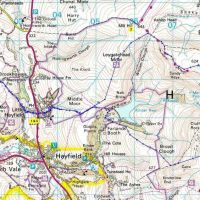 A change of organiser for the 2008 KMC fell race and my first attempt ever to organise anything of the kind. I was lucky to be able to draw upon the experience of those that have gone before me, notably Neville and Ken and also my own experience taking part in various mountain navigation events. The club fell race actually doesn't bear much resemblance to most fell races in that as well as speed over the hills it is also a test of navigational ability and the ability to pick a good route. More on this later.

The format was very similar to previous years but with a few experimental tweaks. Race headquarters were located at Sabina's home at Long Lee, Rowarth which proved an ideal place for Craig and me to hole up and drink large amounts of tea whilst waiting for the first to return.

The course was a closely guarded secret until literally the last minute. Runners were only given their map, with checkpoints already marked, when they started which caused consternation for many as they were deprived of the usual opportunity to consider the various route options at their leisure. Runners were also started at individual times rather than the usual mass starts.

Consequently, even though the first kilometre or so of the route was marked and people were pointed in the right direction, the choice of route on the first leg were in some case quite bizarre and times for this leg varied from 17½ minutes to one hour.

The course took runners firstly over to Little Hayfield and from there via Middle Moor and Leygatehead Moor on to the Kinder Plateau. This was shrouded in cloud for the day with a light drizzle setting in for good measure during the afternoon. Checkpoint 3, a trig point NW of the downfall proved particularly difficult to find and some circled it for many hours before finally stumbling across Chris and Joe. Routes from there to checkpoint 4 on the southern edge of the plateau were mostly well executed. Some were confident enough to plot a course across the plateau from Red Brook or via the downfall stream whilst others were a little more cautious and minimised featureless bog crossing by taking a dog leg route via Kinder Low. The long leg back to Little Hayfield took its toll and now is probably the time to confess that the route length originally specified was a little conservative. The "planners choice" was probably about 20 K (13 miles) owing to a relatively late adjustment to checkpoint locations. I did think to tell you all, but then figured it might put you off. Next year's course will be shorter. Honest.

First back was Steve Bowker. Sadly Steve had not checked in at a couple of checkpoints. But he's not a member anyway. Steve Waters and Duncan arrived together but with a later starting time this put Duncan in pole position having finished in an impressive 2hrs 53mins. The rest of the field drifted in over the next few hours some having successfully completed the course others having failed for one reason or another to locate all the checkpoints.

At the final reckoning, of 24 starters, 12 completed the course. A further 6 made it under their own steam to the finish but unfortunately had not visited every checkpoint. The remainder, having given it their all, cadged lifts back to Sabina's. The very last one home was retrieved from the Lantern Pike pub by Sabina with the excuse that it was safer to hole up there and have a drink than continue in the dark.

Duncan Lee retained his leading position to secure his first club fell race win after a number of near misses in recent years. Steve Waters was not far behind in second place and takes the Concordia trophy for first time entrant. Kirsten in third place overall and only 15 mins behind Steve retained her title as the ladies winner. Finally, after much grinding of numbers in extremely complicated formulas, none of which made much sense, the handicap trophy goes to Dave Bone. The factors taken into account and the formulas and weighting applied are of course top secret but I'm not giving too much away by letting you know that the result has something to do with maximum efficiency in the execution of the route by minimising distance travelled and height ascended.

The following maps show the routes taken by some of the runners for you to laugh at as well as the planners' choice of route:

There are also some pictures from checkpoint 4 in the photo gallery.

Checkpoint marshals. A horrible job but someone has to do it. Thanks to Ken Beetham, John and Midge Castick, Frank and Margaret Williams, Chris Thickett, Joe Flynn, Andy Croughton and Alan L Jones.

Hospitality. Sabina laid on lots of food for hungry finishers (and race controllers) and the facility to relax indoors and then go to the pub contributed hugely to the attraction of the event (Well, I suppose it would compared to the other attraction of running around in a bog in the rain).

Course planning and controlling on the day: Craig Marsden - a drastic way to avoid actually competing and also to guest Iain Bell of Deeside Orienteers who helped with course planning.

Thankyou to everyone who turned out on the day either to compete or to help. I really did appreciate it. Andy's pictures where taken at the fourth checkpoint was on Pym Chair.