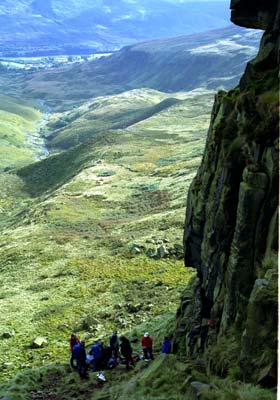 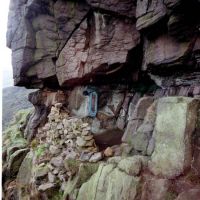 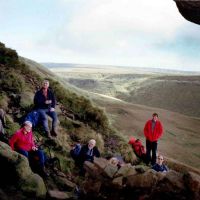 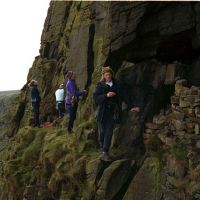 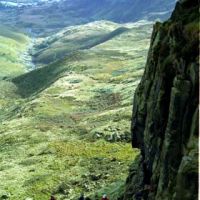 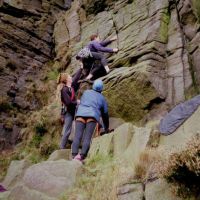 The people who turned up at Crowden car park at the appointed time witnessed Ken hobbling out of his car cursing a severely injured knee. This prevented him from walking up to the crag but not from holding court in the car park.

The old crag was not in a very welcoming mood, the recent rain had taken its toll and left it dripping from every orifice with the dry bits covered in fluorescent green slime (soft hand jams). With the sun shining and no steam emanating from the cave (vague theories about the steam from Ken's kettle and the clouds and the rain normally at Laddow) most people opted to sit outside until it became obvious that it really was not going to rain and so there was no alternative but to climb.

The driest rock was on Tower Face which received many ascents - in many different styles including some that would have had Ken glowing with approval - I shall say no more....

Many old favourites were climbed - some enjoyed, some not - ask Sheena to recommend a good Laddow diff and she may not mention North Climb (renamed North Slime for the day).

It was good to see many old and new friends walking up to say hello, many continued on to Black Hill, some just chatted and went back down - it was that sort of a day.