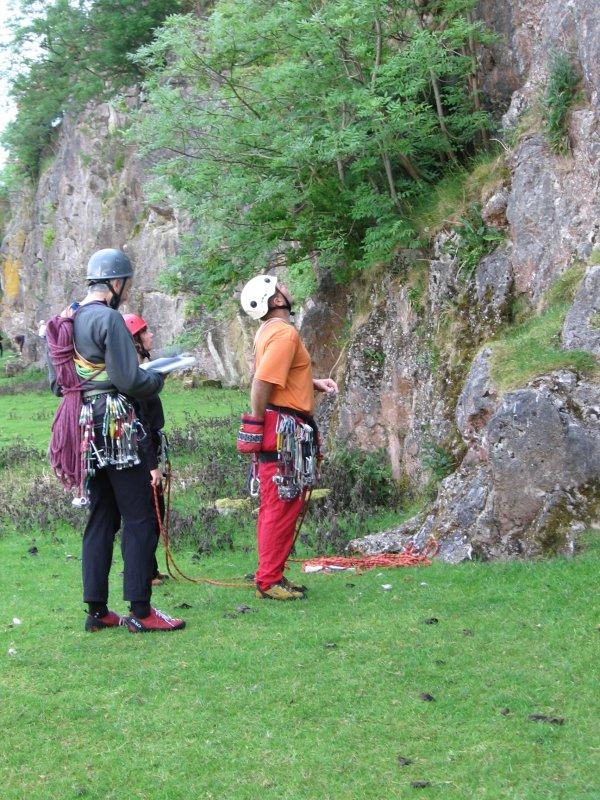 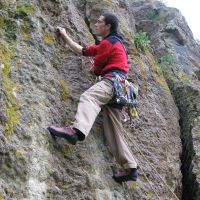 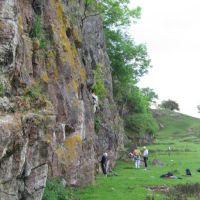 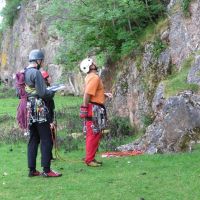 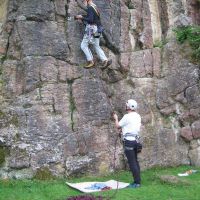 Over a dozen KMCers made it out to Witches' Quarry, including: John Cox, Mark Ashley, Dave Wylie, James Richardson, Duncan Lee, Vicky Alderton, Roger Daley, Scott Sadler, Al Metelko, Karen Kennedy and Andy Grantham. There were also a few other climbers around and at least one of these may have been persuaded to come along to the Club! We were also joined by rather a lot of sheep and a few midges. The routes proved to be generally good, though with a few areas of loose rock near the top. The anchor points installed in the grass at the top of the crag were a bit sparse, requiring some cunning (and at least one tree-root) to set up safe belays. "Belladonna", "Broomstick", "Problem Child", "Elizabeth", "Serenity", "Nance", "Cracklap" and several other routes all saw ascents by various people. The post-climbing pub was the Assheton Arms in Downham, where the usual democratic process for selecting the next mid-week crag took place.