Is this the way to Blind Tarn (Photo: Virginia Castick) 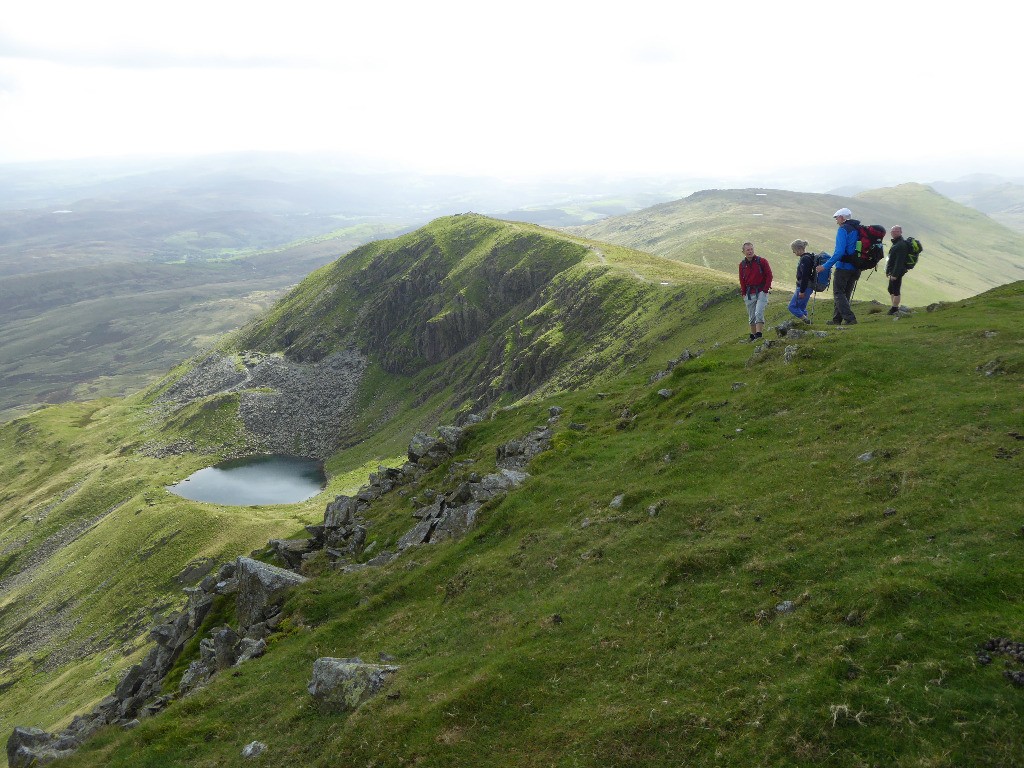 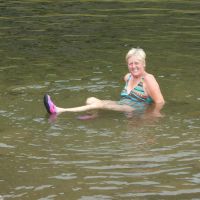 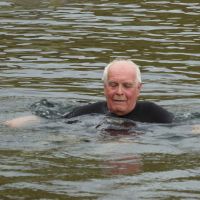 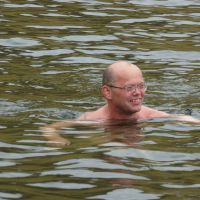 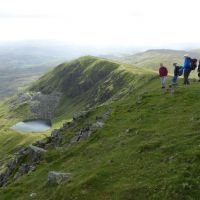 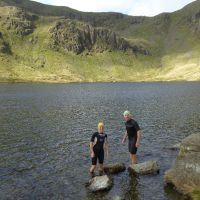 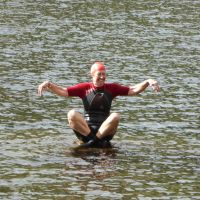 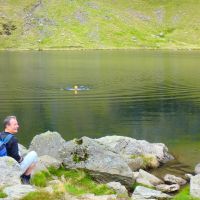 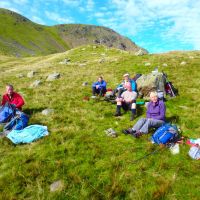 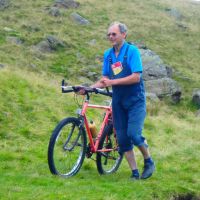 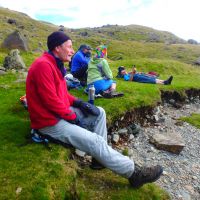 The Old Mermaids and Men of Coniston

All the retirees set off on Friday to get the best spots on the campsite at Coniston Hall. John and Midge set up their campervan in a prominent spot before the rain started. Iain and Lorna arrived later but still managed to get their tents up before the major storm. Graham and Sue failed the traffic jam test in Windermere and decamped to the FRCC hut at Brotherswater. It was just as well because the rain by then had become biblical and the mud on the site increased by the minute. The campervan was a welcome refuge for the 4 on the site.

By Saturday morning the winds had dropped, the sun came out and the rest of the meet arrived. Dave had got a lift with Mark and Michelle, his new van failing at Lancaster on Friday afternoon leaving Lester without his promised lift. Lorna’s tent withstood the previous night’s storm but the groundsheet proved inadequate and the huge amount of water swilling about the site had got under her tent. She stayed dry on her big mattress but her clothes got very wet. After much faffing and discussion we drove to Coppermines and set off for our first swim. This was supposed to be Levers Water but by now it had turned 11am so we went straight to Low Water. 5 went swimming including Graham. He had thoughtfully put his cossie on before setting off but had failed to notice he had left his grundies underneath . Using his walking poles as a drying rack, he was forced to ‘go commando’ for the next few hours. Having boasted  that  Midge’s  personal changing cubicle  may not be long enough to cover his modesty when  changing. We were not alone at this tarn but none of us emulated one young man swimming who did a back flip off a rock. It was lovely to see other people having a go.

At the top of the Old Man we met a couple who had just got engaged. They were roundly congratulated by all. John and Iain arrived at the top shortly afterwards, - a magnificent achievement for Iain. They then descended to Goats Water and back to Coniston. We all walked round to Dow Crag and descended to Blind Tarn. All 7 of us got in here, Dave even took his budgie smugglers off as a celebration of September being skinny dipping month.

Various routes got us all back to the site after a 16k walk taking 6 and half hours and 2 lovely swims. On the site was Lester who had cycled 20 miles there from Cartmel. He had failed to bring enough stuff to stay the night so he set back off home after tea and cakes saying I’ll see you tomorrow. We spent a pleasant evening on the site were Margaret Baldock arrived with Joe.  James Hoyle also appeared who was camping with his young son Jack. Spaces in the campervan were at  premium when it went cold and a massive dew had settled. We managed to squash 6 in and the rest in the awning.

We arose to a lovely day on Sunday. We all remarked on our sleep being disturbed by a helicopter circling overhead at about 4 in the morning. Subsequent enquires found that it was the coastguard helicopter looking for a missing wedding guest in the Coppermines valley. For 5hours rescue teams, search dogs and the helicopter looked for him. He was found at 7am only slightly injured but with a massive hangover. I wonder what the cost was in lost sleep, effort and money for the rescuers.

Anyway, on with the swimming, we decided to go back to Levers Water where we had a lovely swim in mostly sunny conditions, and were joined by Margaret in her  new wet suit . As we sat drying in the sun Lester appeared over the skyline, pushing his bike! Lester was definitely  quicker than us to get off the hill and back to the camp site.  Those not swimming went for various local walks before packing up.

The meet finished with a swim in Coniston just a few yards from the tent doors. The wind had caused a few waves and the swimmers had to be aware of all the sailboats about. It was much warmer than the tarns though.

Graham, Sue, John and Midge all went round to The FRCC hut in Langdale for Sunday night to spin out the weekend and avoid Sunday night traffic. Retirees have such a lovely time.

Congtatulations to Michelle and Dave for completing all the swims. Star prize to Dave who did them all without a wetsuit and even without trunks in one.