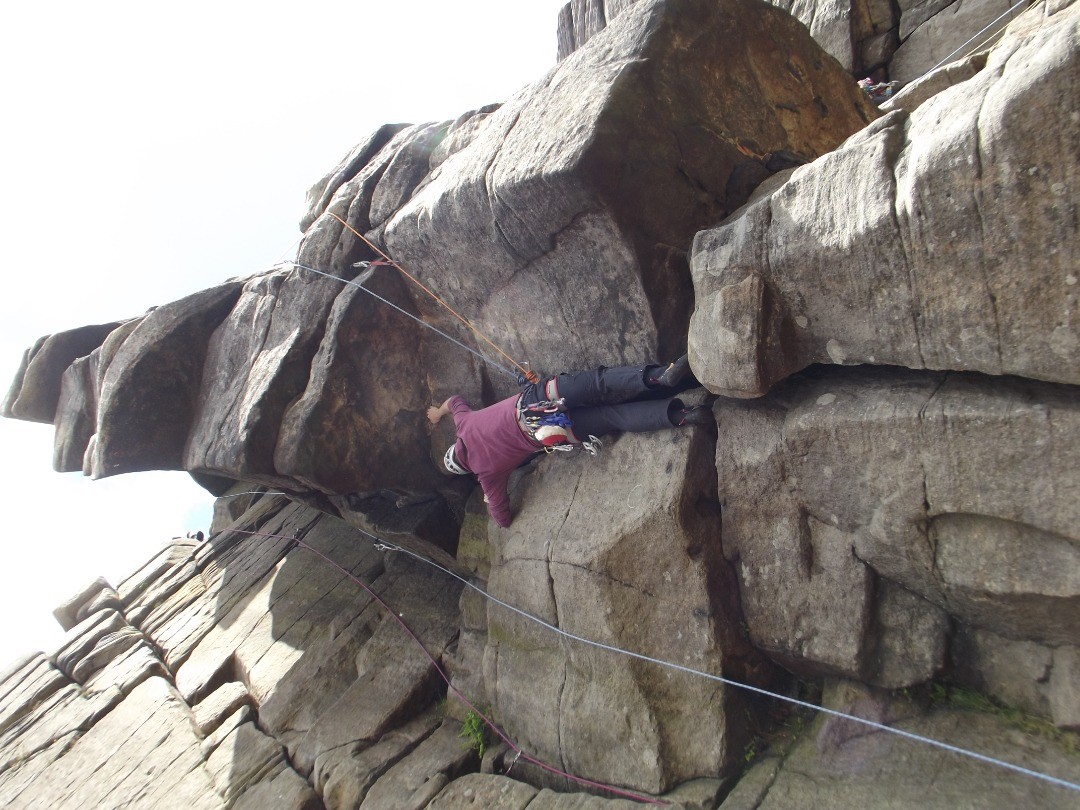 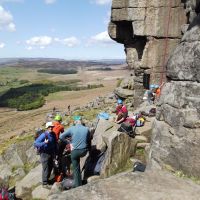 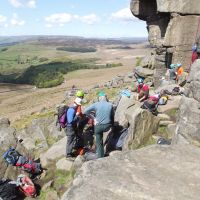 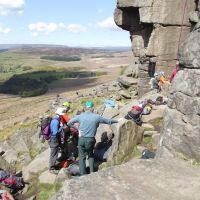 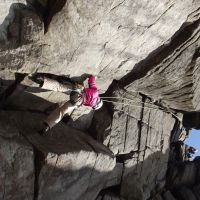 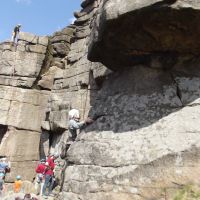 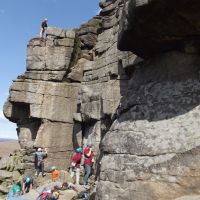 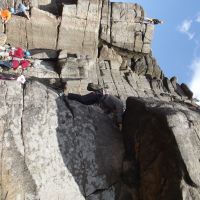 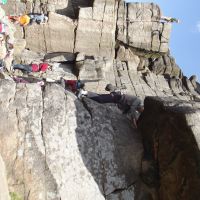 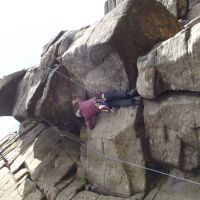 Climbing 75 routes in a day to celebrate the 75th anniversary sounded like a brilliant idea when it was first discussed at Emily Pitts’ house that warm summer evening in 2018.  It felt an entirely different proposal when it came to writing the promo or (gasp!) actually getting up on the morning of the meet!

A quick calculation: If you start at midnight and climb three routes an hour until midnight you fail by 3 routes.  This is no mean challenge.  The KMC, however, has never been afraid of a challenge and the 26 members and guests who attended threw themselves into this seemingly impossible task with gusto!

First to the crag was Andy and Jim. They planned to attempt 75 stars so decided that a 7.30 start was required.  This meant that at least 25 routes were required assuming only 3-star routes were climbed.  It was going to be a big day for them.  They started around the Black Hawk area, ticking routes whilst moving together.  Other club members arrived around a more civilised 9.00 to the same area.  It was at this point when another slight flaw in the plan became apparent.  We had decided to do a multi-route challenge, at the most popular area, on the most popular crag, on what turned out to be the warmest day of the year.

The notion of covering such a meet in a conventional sense is absurd so rather than listing individual ascents and leads I will simply stick with the totals, the data analysis and the final results/prizes.

So did the KMC complete the challenge? Here are the official results:

So did we win? Hard to say for sure. It certainly was a cracking day and the KMC really threw itself at the challenge.  The only way to know for sure is to use “science” and for that we turn to the current Outdoor Meet Secretary, Jared, who wrote the following:
——
Hi Dan

I thought you would like to know what me and Andy P did today. We climbed:

Now that is 10 routes, 5 E-points and 25 stars. Unfortunately none of these are 75, but I think that success is can still be measured here.  If we had continued to climb, we can assume that the number of stars, routes and E-points would have increased!! The rate at which that would have happened is:

Now, clearly I was holding Andy back today, so we must correct for that. Andy has much more experience of crushing it than me, so a ratio of our ages is a good scale to apply:

Finally, we apply the scale:

So as you see, me and Andy definitely completed the 75 route-stars/E-point challenge and so I think we should receive the prize. Looking forward to hearing from you soon!

——
Nice try Jared.  If anyone wants to see the full list of ascents it can be found here on google docs