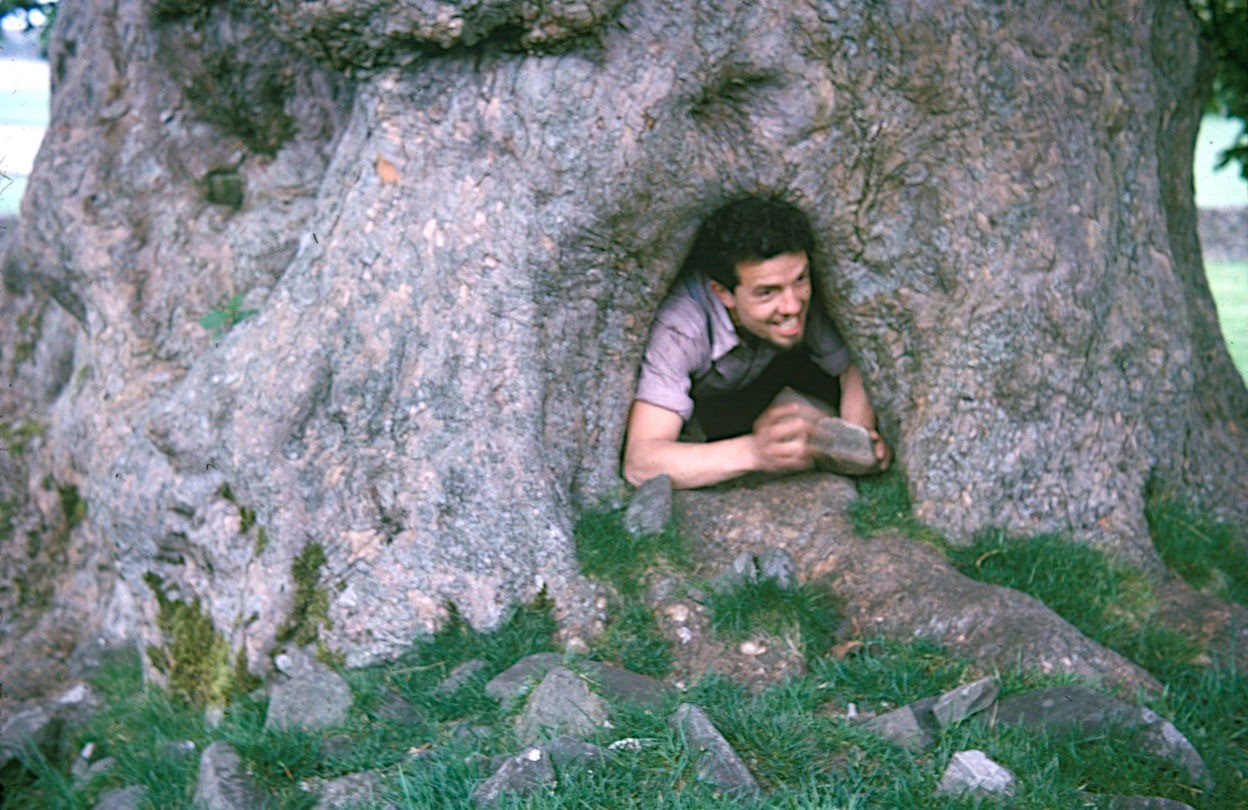 I first met Peter Walker when I began to associate with the KMC in 1964.  Peter was then an enthusiastic young new Full Member embarking on a career as a PE teacher. However, in those days, he was not seen as so young as there were teenagers in the Club at that time.  He was one of the few people then who were easy to talk to when the Club was not as welcoming to new members as it is now.   At one of the first meets which I recall, he caused some anxiety by going out in appalling weather at Creag Meagaidh when still recovering from pneumonia, which had nearly taken his life just a few months before.   I was resting that day after an epic, on the way up, on The Ben with Peter Edge, but that is another story.  This incident showed me the level of Peter’s fitness and the strength of his determination.  It must also have kept him going through his final months.  As a PE teacher and active sportsman, his level of fitness seemed to me way above anything I would ever attain.

I had avoided all forms of physical activity as far as I could at school.  In hind sight, I think that this was because I had no aptitude for ball games and I had never been taught how to play them.  At my school there were no options; it was football and running in winter and cricket and swimming in the summer, none of which I could do at that time.  Teams were chosen from those with some talent and the rest were just left to their own devices.  Only the school’s first teams got any kind of coaching.  I made the effort to learn to swim as an adult but only discovered that I had some aptitude as a long-distance runner when I was approaching 50.  I was introduced to the Great Outdoors with Catterick Dales Club during my National Service.

With this background, I was very impressed by Peter’s outlook on sport in schools.  He made certain that children had choices and opportunity to participate at an appropriate level, whatever that was.  He also worked with the music teacher to show that music was not just a sissy occupation, incompatible with sport, and that musical talent did not mean a lack of sporting prowess.   I have since met numerous people who are active in both sports and music.  As many KMC Members will know, music is my first love, having first learned the violin at school during the short period when we had a music master.

Peter and I often climbed together as he was happy to lead easier routes than those which he used to climb in his earlier years with Peter Scholefield and others and I never rose to any high level of rock climbing; I did not have the nerve for it, but I loved the mountains and enjoyed easy scrambles.  He sometimes felt disadvantaged by his short stature which occasionally put a vital hold out of reach.  This resulted in my shoulder and, on one occasion my head, being used as an artificial foothold.  He did get into a bit of difficulty once at the Gower when a rather harder route than we usually climbed turned out to be very loose at the top and a descent was impracticable.  I suddenly felt my importance as a second, but fortunately he solved the problem in the end.

The first long walk with Peter which I recall was the Moffat-Peebles when Gwen and other supporting wives had kindly set up tents for our arrival at Peebles.  He showed his sense of fun exploring a hole in the roots of a large tree which he interpreted as the “Posso” at Posso Farm, but we never found out exactly what a posso was.

We frequently had walks together on subsequent meets, often extending beyond our original plans.  I soon learned that a head torch was an essential item of equipment when out with Peter, even in summer.

Because he lived close to the end of the M56, it was often convenient for me, coming from the Wirral, to share transport for onward travel to Derbyshire for meets.  This arrangement became more regular in later years when we had both slowed down and often only saw the rest of the meet at the start; everyone else being out of sight within ten minutes.  On many of these occasions Gwen kindly offered hospitality on our return.  She is an excellent cook and Peter often recalled a remark of his young niece who referred to visits to “Aunty Gwen’s Café”.  Sadly, I have rarely had the chance to return this hospitality.

Peter and I also shared a love of skiing, although we rarely managed to arrange holidays together.  However, the climax of Peter’s skiing career was the Chamonix-Zermatt High Level Route.  I had formed a group of skiing and mountaineering friends, including the late Gerald Carradus from the KMC, who were keen to tackle this challenge but there was no obvious choice of leader from this group.  Whilst I had had some previous experience of ski mountaineering with the Austrian Alpine Club, I did not feel up to leading an expedition of this seriousness.  Peter put me in touch with Brian Greenall of Gill Head Outdoor Pursuits Centre who was not a qualified Alpine Guide but who had done the Route before.  He agreed to take on the role for expenses but made it clear that he was with a group of pals, not acting as an illegal Guide.  We were very lucky with the weather and the whole party completed the trip, although Brian had predicted that probably half the party would drop out at some stage for one reason or another, and I was aware of much stronger parties than ours who had failed.  However, the trip was not without incident as Gerald tore a muscle in his calf in a fall on the first day but battled on to the end, although he must have been in considerable pain; the wound never completely healed.  Another skier found that his binding had come apart but fortunately we managed to find all the pieces, including the smallest nuts and washers in the snow and we managed to get it all together again.

Whilst I have never risen to any great standard as a mountaineer, I have achieved far more than I could have anticipated as a youth.  Much of this has been due to the support and encouragement which Peter has given me over the years.