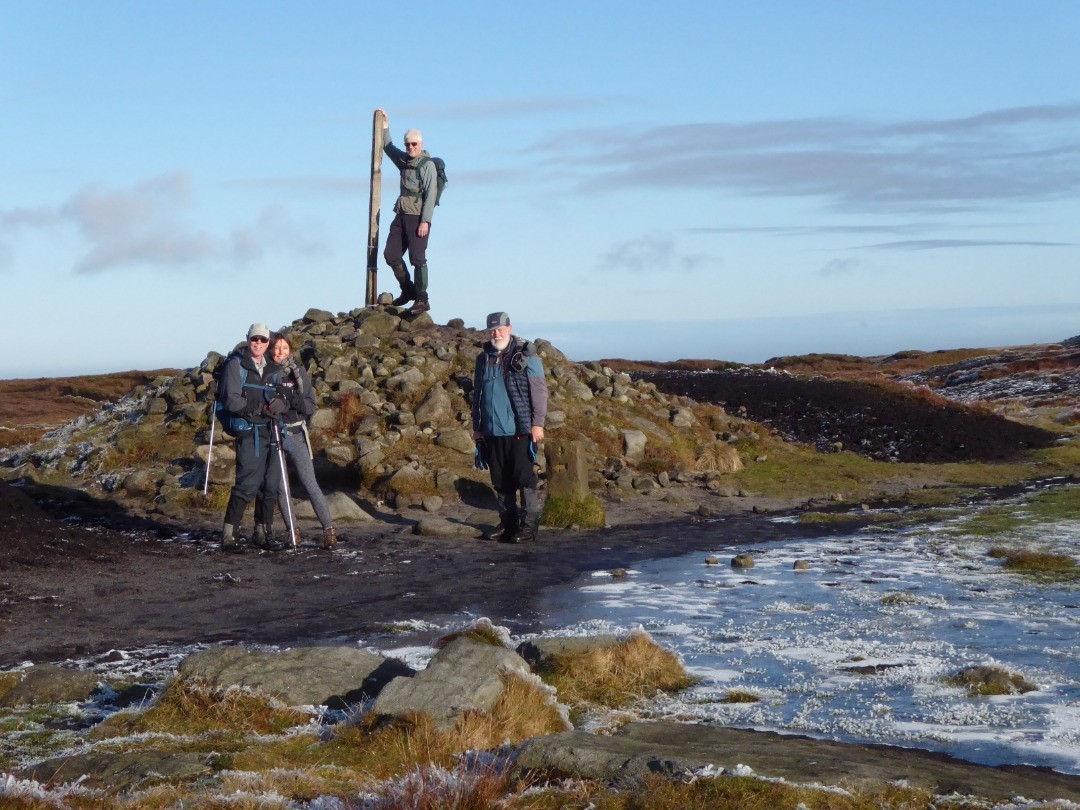 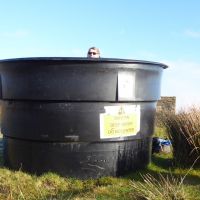 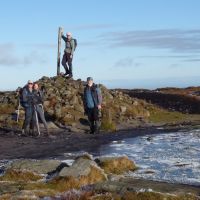 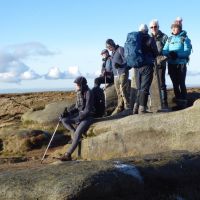 Up Hill, Down Dale

I very nearly did not get to my meet as I was without car and not knowing if anyone was interested. However, Jared did CC me into a Xmas Bash email, which implied that Catherine was going to attend so I let her know I was unable to get there.  Big thanks to her as she picked me up from Stretford, which was well out of her way. However, we did get to the meet half an hour after the meet started just after 10am and was surprised to see so many cars. I recognised Dave’s car so knew there was at least one KMC’er around. Without much waiting around, we headed up to the trig point on Cock Hill. Catherine and her kids putting in a blistering pace I was not sure I would be able to keep up.

We continued past a derelict building and shooting butts to the Pennine way and turned right and on to Bleaklow. On almost reaching the highest point of the walk, we spotted Dave on the top of one of the Wain Stones but our voices were not load enough as the party in front continued on to the cairn at the top. Going as fast as I could I caught up with the group and we were all reunited back at the Wain Stones where we had our lunch stop!

Now with the hard bit done we headed to the trig point on Higher Shelf Stones passing the Hern Stones and the 1948 crash site. Then on to Doctors Gate and the descent to the cars. This path, even though it was well into the afternoon, was still very icy and required a little bit of caution.

Not only did we finish in daylight but John and Midge kindly drove me home all before it got properly dark!

Thanks to all who came out on the meet and a special thanks for the lifts, I owe you one.