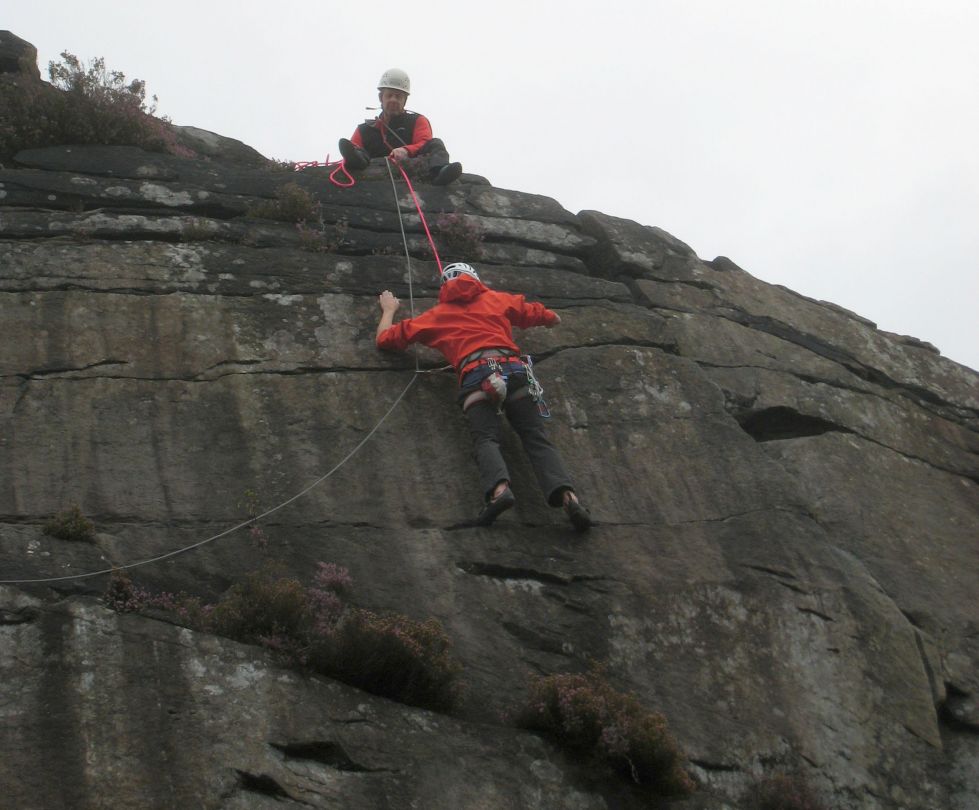 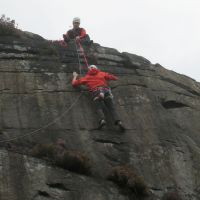 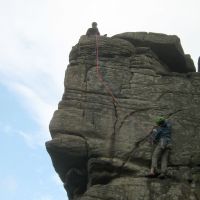 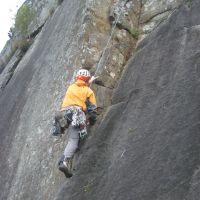 A very quiet day at the crag – the KMC accounted for about one third of the climbers there.

The A team got off to a bold start with Jared leading Three Pebble Slab – HVS 5a.  Then Gowry led the excellent Heather Wall HVD 3c, one of the top 50 classics in Eastern Grit.  Jared led Another top 50 route, Chequers Buttress HVS 5a, then finally Pedestal Crack, yet another HVS 5a.   At this point it became a little damp and Gowry headed home while Jared reckoned he could still fit in 2 or 3 hours at a Wall to give his muscles a work-out.

The Main team didn’t go for quite such hard stuff to begin with, but then got into top gear….

Andy and Nils started with Trapeze, the popular VD, then Nils took Jack Buczko and Andy up Allens Slab, the bold S 4a.  Next Andy led the heathery, spider’s-webbed, Congestion Crack HS 4b with Duncan following to enjoy the wild-life while Nils took Jack and James up Slab Recess Direct, the HS 4c of which the guidebook says correctly “has an unhelpful set of sloping slippery holds”.

James led Heather Wall, the Top-50 HVD with Nils collecting his gear, then just to the left Andy led CMC Slab HVS 5a with 3 side-runners on Heather Wall to give Duncan a little work to do following.

Duncan made short work of Trapeze Direct the HS 4c that needs a bit of muscle, and Andy collected his gear.

Then at 2.15 the rain came, along with Roger who had dropped in earlier to take a few pics before vanishing for a walk along the edges with Midge.