Jim on P1 of the particle accelerator that is Lower Chimney Route (Photo: Andy Stratford) 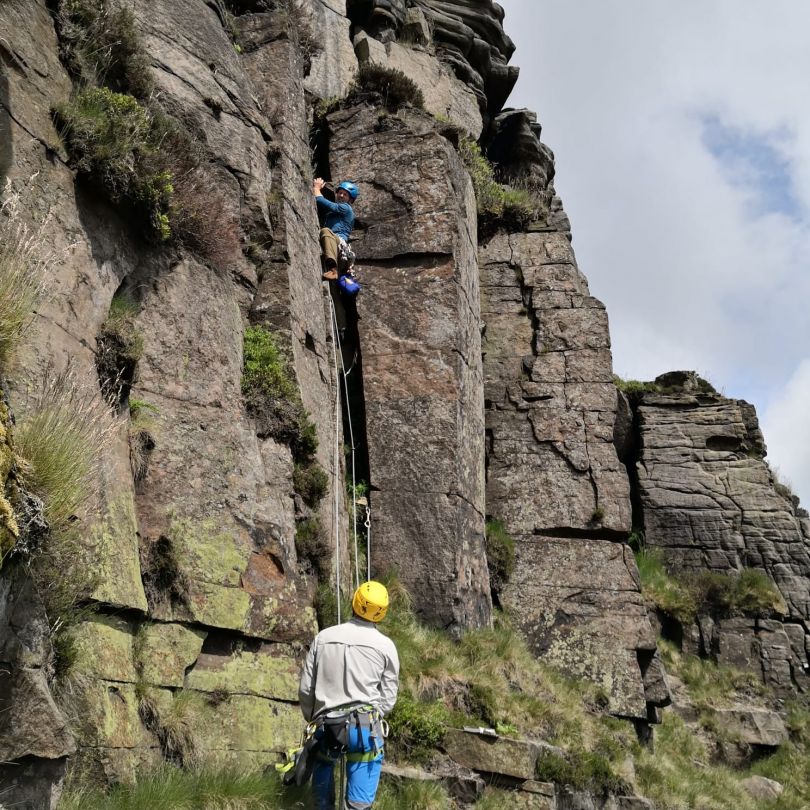 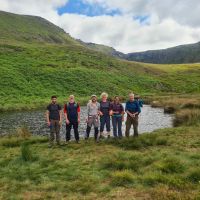 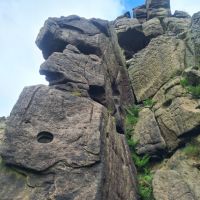 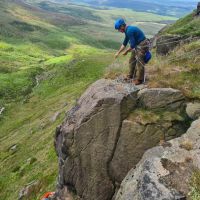 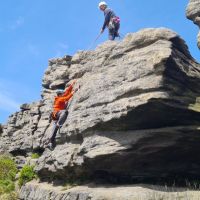 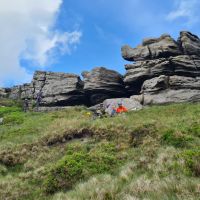 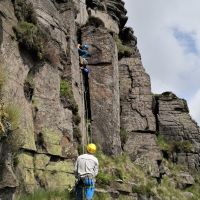 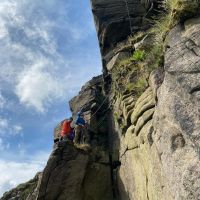 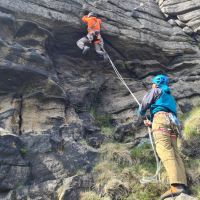 
To allay Steve and Jacob’s fears that Jim and Andy might come to blows, I explained that this banter was a consequence of climbing physics principle 3 (Symon’s 3rd law of commotion): every action has an (un)equal and opposite reaction. After a few false starts on P2, with a couple of falls held by Andy and also protected against a nasty swing by a back-rope, everyone succeeded and agreed the route is one of the best VS’s on grit. Steve and Jacob deserve a special mention for getting up their first multi-pitch route.