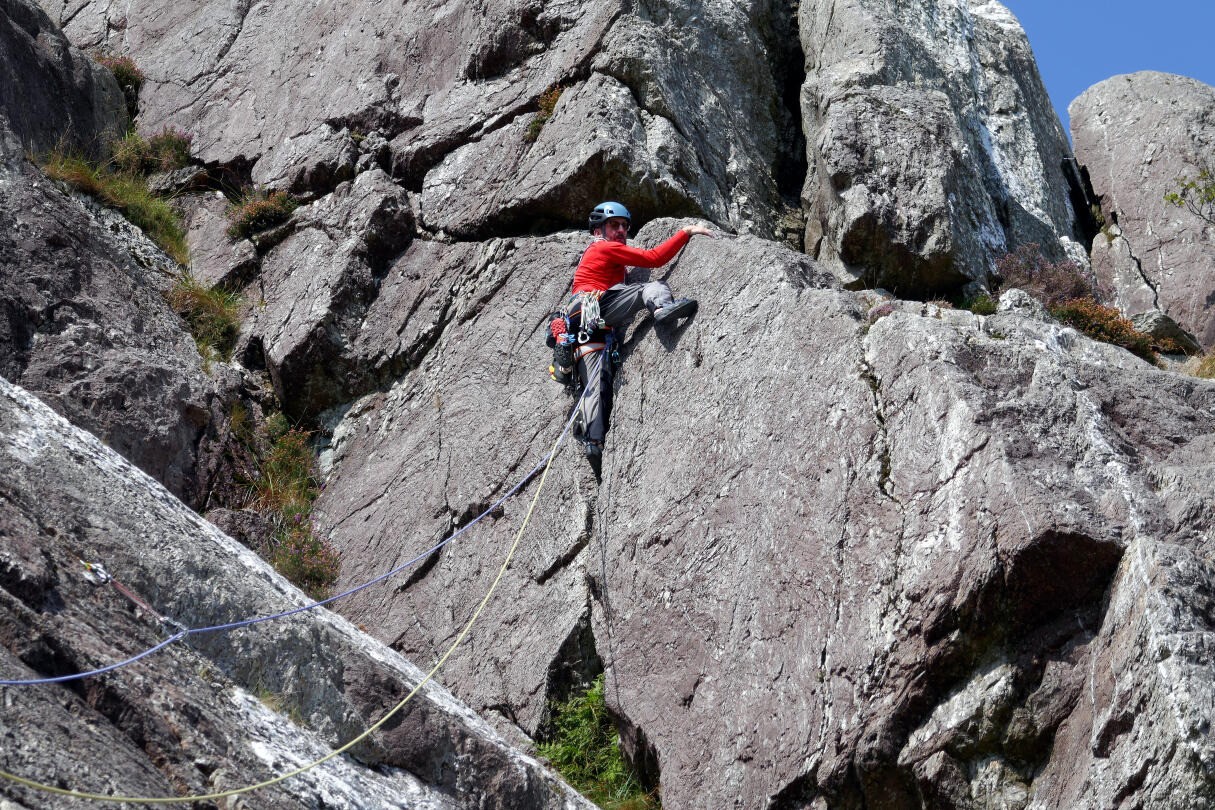 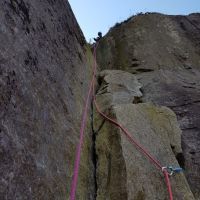 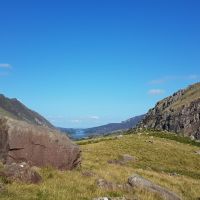 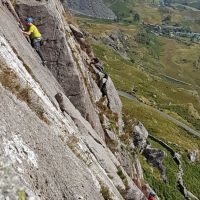 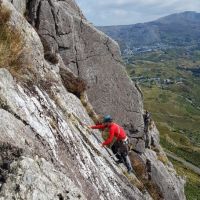 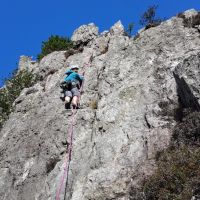 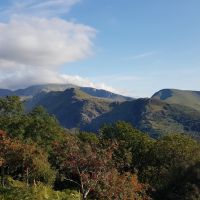 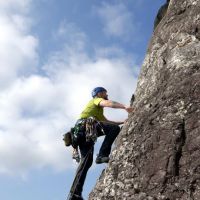 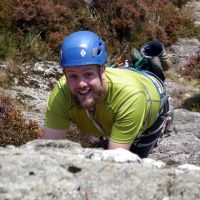 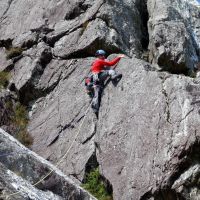 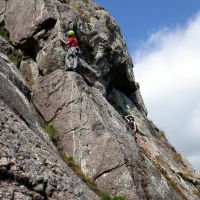 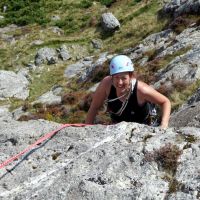 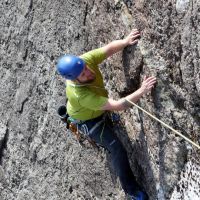 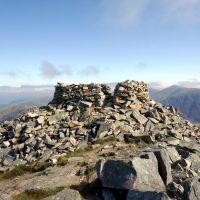 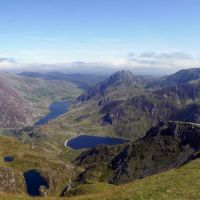 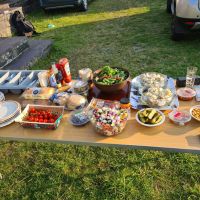 Bank holiday traffic affected most people’s journeys except Lester whose eco mode of transport was originally going to involve a train from Cartmel to Chester and a major bike ride. However, he declared that he had cycled from Cartmel to Carnforth then a train to Preston and from there cycled all the way to Ty Powdwr! Lester said he left home at 9.30 ish and we were at TP when he cycled in at about 8 p.m. – Via A49 to Warrington, then A556 and A54, A51 Chester, Broughton, Corwen, A5 to Capel, Pen y Gwryd, Llanberis Pass, Nant Peris and up through the quarries to the hut - a total distance of about 155 miles excluding the train journey. It is a mind-boggling average of 15.5 mph (25kph). The route took in 7,000 ft of ascent with a considerable weight of luggage strapped to the bike.

‘’Can I have the other one’’? Andy said, expecting another karabiner overflowing with a multitude of nuts.

On investigation it was revealed the sizes were a 11,10, 8, 5, 5, 1, ½. With the No8 in the first belay, and the No1. being placed almost immediately it meant finding two perfect slots for the number 5’s was the trick to a marginally better protected pitch!

Gareth and Harry tackled The Cracks (HS 4b), following another party which they soon caught, and, after heading a little off route on the final pitch, the leader, an older chap, took a potentially nasty fall, inverting and banging his arm badly. After checking him out, Gareth felt that he seemed OK to climb on, but not to lead, so Gareth led the pitch and brought up the older chap and his young female climbing partner, both of whom were  from the Lincoln club which has a hut just round the corner from Ty Powdwr in Deniolen.

Andy and Gareth opted for a day out on Cloggy, walking the 8.5km from the hut then a short scramble using the lower part of eastern terrace to arrive at the base of the 2nd pitch of the five pitch Longlands Climb, VS 4c. Andy opted for pitches 2 and 4 so Gareth could lead pitch 5 (4c, Crux), however the first moves off the deck on P2 were tenuous, unprotectable and possibly the harshest 20ft of the day! The rest of the route passed in fine Cloggy style – spaced gear, loose rock, plenty of vegetation – but also that unique feeling of existing for 2 and half hours of absorbing climbing in a very special place that few people will ever get to – enhanced all the more by the circus of the Llanberis Path and the trains just 1000 metres away!