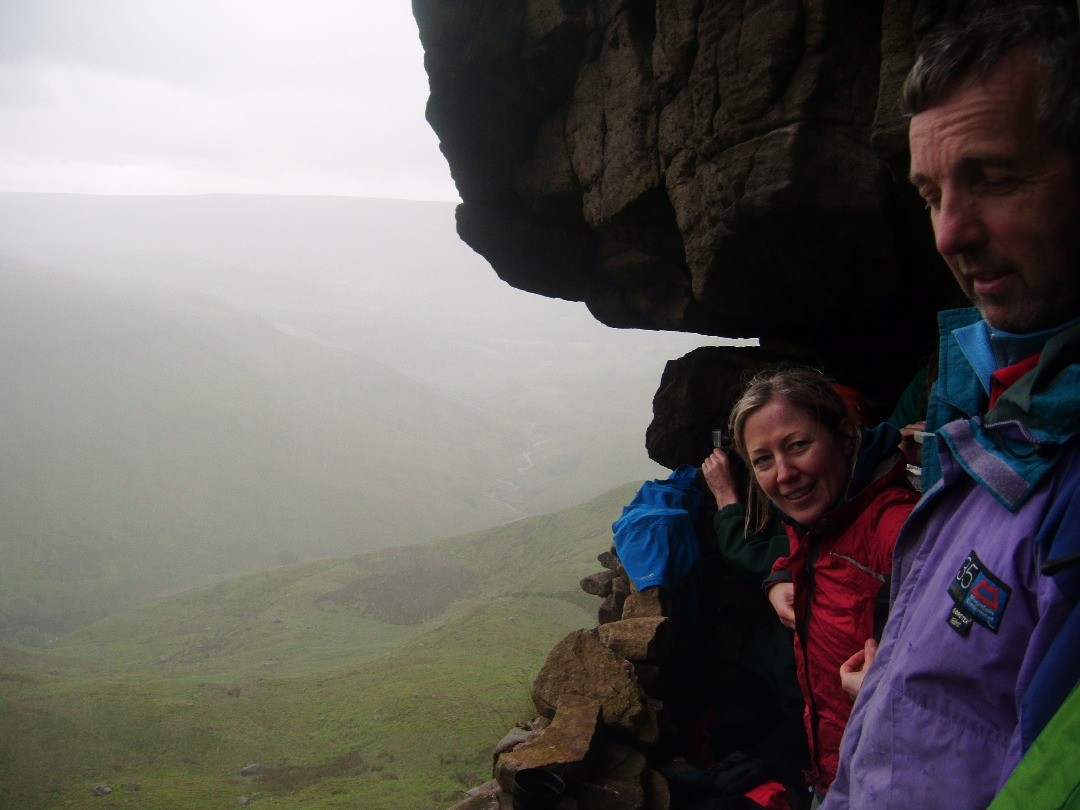 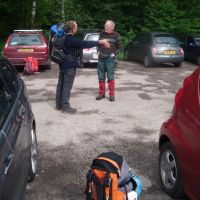 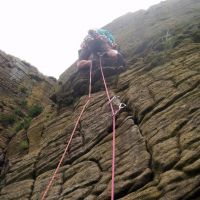 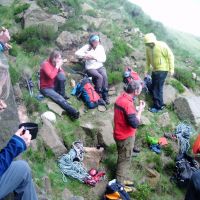 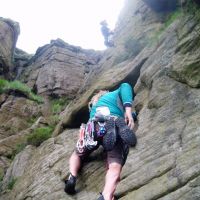 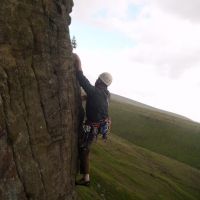 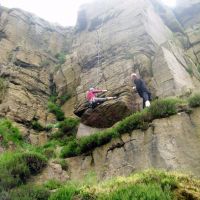 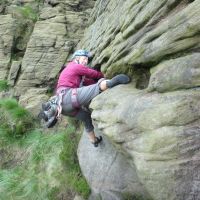 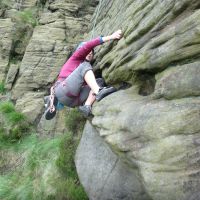 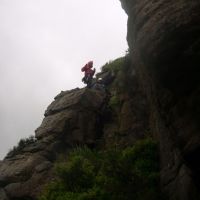 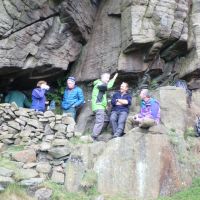 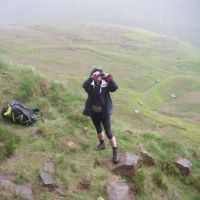 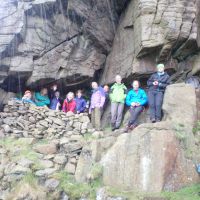 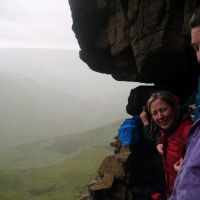 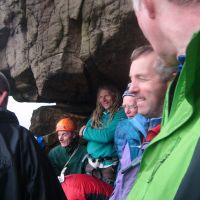 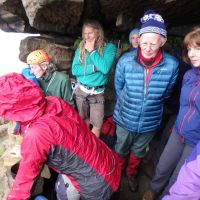 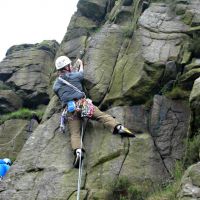 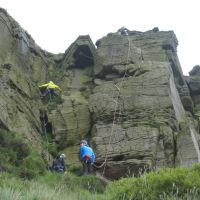 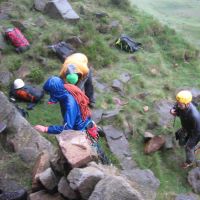 Despite a dodgy forecast there was a great turnout to enjoy this traditional KMC venue and remember our old friend Ken Beetham. Some twenty six people (and two hounds) made the pilgrimage; some to climb and some for the walk. Our apologies to anyone we have inadvertently left off the list.

Most folk approached from Crowden, whilst the Mossley crew arrived from Greenfield; though why the latter group arrived across the bog and heather instead of using the path remains a mystery! Perhaps so that Andy could give Jo’s recently refurbished knee a thoroughly good test.

In time honoured fashion the stove was fired up in the back of the cave, cakes were produced from rucksacks and a succession of brews supplied throughout the day.

More traditionally, Laddow meets have been later in the year by which time there has often been sufficient traffic to clean up the routes a bit. Today, however, being rather earlier in the season the rock was an attractive green and lively to the touch. But those that came to climb were undeterred. Duncan kicked off proceedings with Tower Face (VS) and we recalled team efforts of days gone by to help Ken over the initial overhang.

The lively nature of the rock and a stiff breeze precluded tackling any of the harder routes but other old favourites were ascended by various team in the lower and mid grades, including Long Climb (HVD), Little Crowberry (S) and Pillar Ridge (HS).

The first band of rain came mid-afternoon and caught (but did not stop) Duncan mid-height on Pillar Ridge. I followed in the ensuing lull but shortly after the rain returned in earnest to flush Gareth and Dave from Long Climb.

Thus ended proceedings on the rock and those that remained took shelter in the cave for a final brew. A whiskey flask was produced and we drank a toast in memory of Ken.

Our thanks to all who came along to make the meet a success and a special thank you to the cake bakers and water carriers.