Driving down the coast Road on Saturday morning, John, Cath and I were quite cheered by the sunny weather. By the time we reached the car park at Cwm Eigiau the drizzle, strong wind and low cloud caused us to retreat to Anglesey for some sunny climbing on Holyhead mountain. How we missed Trish and Dave on the road I don't know. They arrived about the same time as us but were obviously made of sterner stuff and set off to the chosen campsite for a weekend of walking and wine drinking. Apparently the weather wasn't too awful but not really fit to climb.

Meanwhile on Anglesey, no sooner had Cath and I set off for the crag, the mist rolled in and a strong wind blew. One route saw us back at the car park birdwatching with John. It was lovely to see Puffins which I had only ever seen before in Scotland. We met Chris Thickett and Lynne also birdwatching in the now gale force winds. Retreating to Roger Dyke's 'place in the sun' for a cup of tea we found Lester, Roger Daley and James on the same mission. At least it was an opportunity to watch the Wimbledon Ladies final.

After a night at the hut we considered going to Craig Yr Ysfa for the day but sanity prevailed and we had a pleasant day out climbing on Bochlwyd Buttress instead.

Camping 20 minutes walk from the base of one of the finest crags in Wales with just a short(ish) walk to get there. What could be better.

Drive down the Conwy valley on the west side of the river signed to Trefrw. At Tal-y-Bont turn right just over the bridge and follow the road uphill (narrow) through several gates to the obvious car park at the end of the road. This should only take an hour and a half from Manchester. Now load up your sac and follow the obvious track past the lake until after about an hours stroll you will reach a disused quarry area below Craig Yr Ysfa. There are plenty of small grassy spots for camping amongst some ruined buildings next to the river (G.R. 702636). I intend to go up Friday night assuming the weather is fine.

For those who haven't visited this classic crag there are fine routes in all grades. Amphitheatre Buttress is 960 feet of V. diff heaven, Mur y Niwl gives a sustained and exposed VS and the girdle traverse of the Lower Amphitheatre Wall is reckoned to be one of the best girdles in Wales at E1. For those who prefer to walk you are right in the heart of the Carnedds so if you didn't do the welsh 3000's two weeks before you can saunter over a third of it easily from the campsite 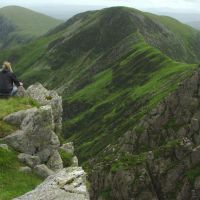 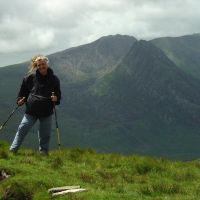 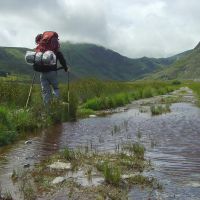 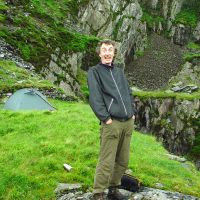