The sixth instalment of the now legendary KMC Burns’ Night got off to a rocky start when a number of participants succumbed to that nasty bug that had been going around.  Those of us not afflicted arrived to find North Wales wet, windy and wild.  Dave and Yvonne had started early from Manchester (around 6am) and completed a jaunt in the Carneddau.  By the time the rest of us arrived Yvonne had retired to the bunkrooms.

With commendable enthusiasm Greg, Tim and Sam headed out early for a trip up Bristly Ridge.  A moist start eventually cleared to simply overcast and the team completed the route in good time with only Sam’s thighs and knees wishing they had taken a bit longer – a relic of a fall from a bike last year coming back to haunt him.  Andy, Jo, Stuart, Beth, Richard and Afsheen took a leisurely stroll around the quarries and Llanberis taking in some of the best cafes the area had to offer.  Dan met Jon and Jasper at Indy Wall for a bouldering session followed by a run around the quarries that almost put an end to them (resolution – get fitter!)

As time marched on, a motley crew of (mostly) willing volunteers began putting dinner together – it mainly required tonnes of peeling.  With the haggis in the oven and the tatties on the boil, your correspondent assumed everything was going swimmingly.  Everything came together as mashing tasks were distributed and cream was whipped.  There was a small amount of dissent as one contributor described your correspondent as “the worst boss ever”… He was probably not wrong – now get back to work those neeps won’t mash themselves!

After dinner we retired to the lounge for a dram or two.  Six independently bottled single malt whiskies (two from Speyside, Highland and Islay regions respectively) were on the menu and enjoyed by all.  A special guest (Graham on a “video link” all the way from Wellington, NZ, led us through the tasting and provided entertainment be soliciting visits to see him “down under” – apparently you can bring in three bottles of spirits. Three. Don’t forget…

The winning dram of the evening was the 15-year old Benriach bottled by Connoisseurs Choice (Gordon & MacPhail).  Purchased for the tasting at £65 per bottle it has now disappeared from most online retailers suggesting (as with many of the other drams from this year’s selection) that there are few bottles left and we were tasting something that could be considered “rare”.

For the first time o a KMC Burns’ meet, we finished the bottles before we went to bed, which goes some way to explaining your correspondent’s headache the next morning.  After cooking an excellent breakfast of Burn’s Night Omelette (basically last nights dinner, reheated with a couple of eggs mixed in) your correspondent and the rest of the casualties loitered around the hut until the last of us drifted off around 2pm.

UPDATE - Meet is now fully booked.  I will be keeping a reserve list so if you want to come and haven't put your name down please get in touch.

You are cordially invited to join us for the 6th annual Burns' Night Haggis Dinner and Whisky Tasting at the hut. After a big day out on the hills we'll get the fire on and prepare the Haggis either caught (for the carnivores) or unearthed (for the veggies), in time for dinner. After a filling supper we'll adjourn to the fire side and work our way through several very different whiskies; interspersed with various quotations, words of wisdom about the topic at hand and possibly a film.

There will be the usual multi-media delights and fantastic whisky, some audience participation and some unexpected surprises!

Cost not including hut fees is about £20-25 but will depend on the number of attendees and the cost of the whisky (not confirmed at time of going to press).

As always it'll be first-come-first-served and numbers are limited to around 25 (for logistical reasons) - there will be a reserve list. Please let me know by 5pm 13th January at the latest if you'd like to join me so that I can get appropriate provisions. Also let me know if you'd prefer you haggis caught (meaty) or unearthed (veggie).  Once you confirm your attendance, I'll ask those intending to have whisky to provide a deposit of £10 so my bank balance doesn't get too mullered procuring the drinks!

Obviously it is over 18s only for whisky drinkers. Non drinkers are equally welcome as the food, the talk, film and photos are an excellent evenings entertainment regardless. The hut is still available for members not taking part in the meet to use, but you should be aware there will be a complete takeover of the kitchen and living room at various points on Saturday evening (there might be room to squeeze in a few extras to see the photos and films).

Finally you should note that this, as always, is going to be a seriously good trip. 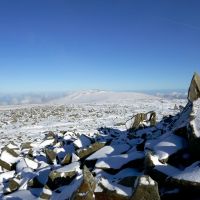 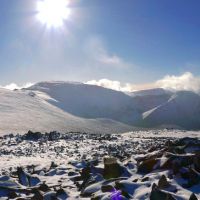