A selection from Derek Seddon Collection

I have been working with Derek Seddon's photo album containing many photographs from the very early years of the KMC - late 1940's/early 1950's - with the intention of getting a selection posted up onto the KMC website where members can look at them.

The selection attached gives a reasonable overview of some early club activity and characters. I will send also a caption list to go with these shots - although there are some people who are not identified. This is mostly because now, rather sadly, Derek's memory is badly failing him and he cannot recall the missing names. I have tried to consult a few other KMC old-timers but even so there remain some blanks. Nevertheless the pictures themselves give an interesting insight into those early days. Some of the locations are also not known to me - but other members might recognise some of them. If you yourself might recognise some of the crag locations then you can amend the caption list. Each shot has an ID code which I've used in the list so you should be able to match them up.

Gardoms Edge and the route is Apple Crack (VD) identified by Dan O'Brien.

Parkhouse Hill is the backdrop 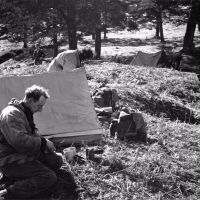 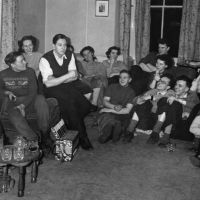 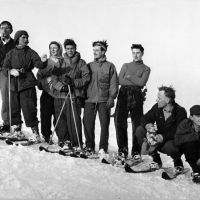 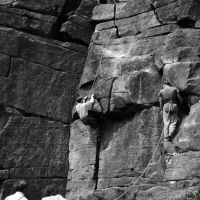 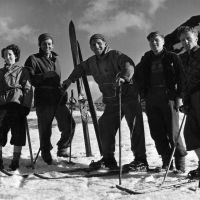 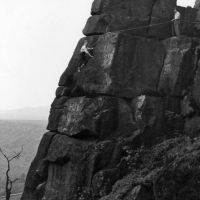 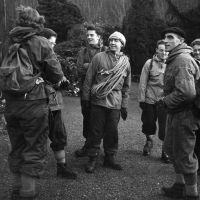 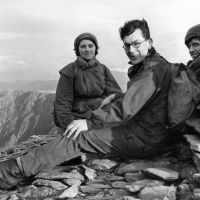 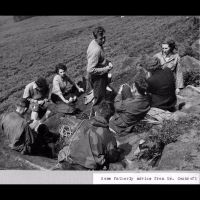 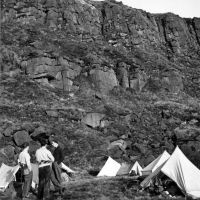 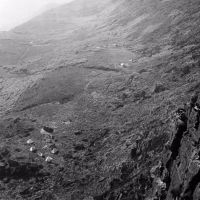 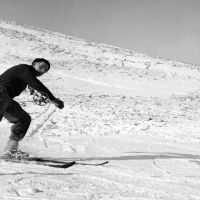 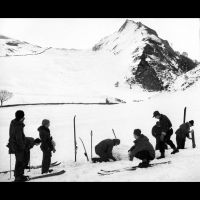 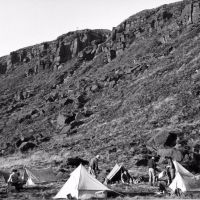 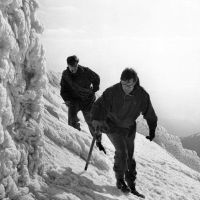