We are sorry to report (somewhat belatedly) the death of former member Maurice Wyche, on 26 June 2018 we understand, at the age of 86. Maurice was one of a number of very active members of the KMC in the 1950s, and maintained contact over the subsequent years with various older club members and friends. Our condolences go out to his wife Margaret and family.

Maurice Wyche started attending club meets from late 1950, and joined the club in October 1951 at the age of 19. His application form records that he was a keen rock climber, long distance walker and skier, and had already climbed in the Ötztal and Stubai Alps (Austria) in the summer of 1950. His adventures were mentioned in various Newsletters of the 1950s. During January 1953, Maurice accompanied Len Stubbs on the Mellor-Tintwistle walk (20 miles), a 16 Stoner (45 miles) and the Four Inns (54 miles, also with Derek Seddon) – this helped Len in his great achievement of walking a grand total of 200 miles on weekend walks during the month! A Newsletter of 1957 notes in passing that Maurice was the club record holder for the fastest time on the Marsden-Edale walk, but unfortunately doesn’t specify his record!

Maurice’s time in the club was punctuated by 2 years’ National Service with the Royal Electrical & Mechanical Engineers (REME) during which time he was based at camps in Devon and Somerset (from where he wrote a letter, published in the November 1953 Newsletter, bemoaning the “lack of enthusiasm for moor walking” as evidenced by reports of the younger end of the KMC membership, which “appears to lack a driving energy and vitality”!). After his service, he returned to club life having “lost none of the keenness and enthusiasm for the Club and hills”, as noted in the June 1955 Newsletter.

Maurice married his first wife Barbara (like Maurice a native of Stockport) in August 1957, by which time he was also busy training as a steel forger at a foundry in the West Midlands. Maurice left the club in 1958, and later the same year Maurice and Barbara also became parents. He did not lose touch with the club however – Iain McCallum recalls a trip to Stanage with Maurice in the early 1960s, and Maurice also attended various anniversary dinners in the 1980s and 1990s (he had also planned to attend the 60th Anniversary Dinner in 2004 but unfortunately was unable to make it in the end).

Maurice married his second wife Margaret in 1995 and they lived first in Devon (where they lived on the edge of Dartmoor) and later in Cornwall (where they lived in the picturesque village of Crackington Haven, on the north coast). Maurice still got around the village regularly, in later years on his mobility scooter however. He had enthusiastically taken up painting and was a talented artist, creating his own Christmas cards.

Thanks to Pat Seddon for passing on the information from Margaret Wyche, also to Alan (L) Jones for checking further details, and also to Iain McCallum and Dave Swann (former KMC member now resident in British Columbia, Canada) for their additional memories. Archive photos of Maurice are from the Len Stubbs collection (photographer unidentified). 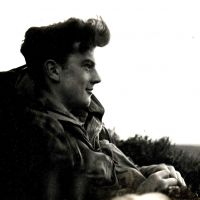 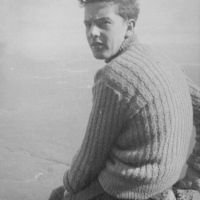