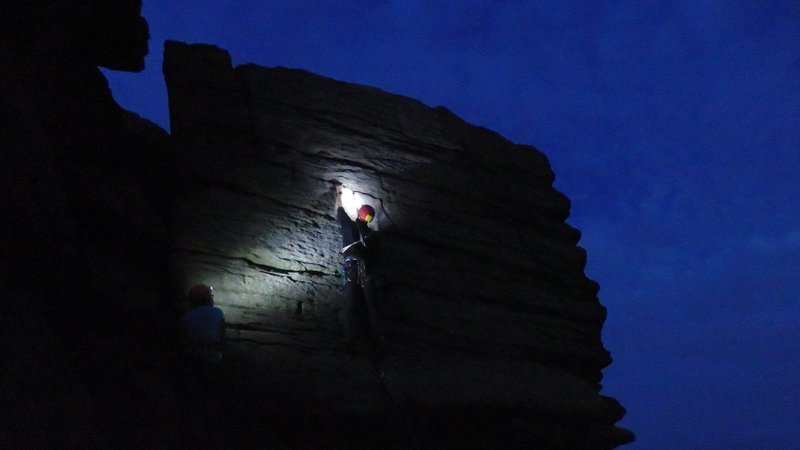 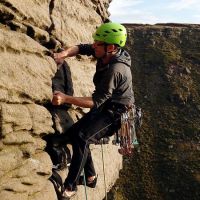 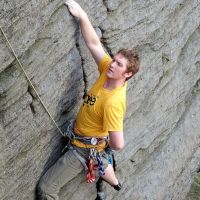 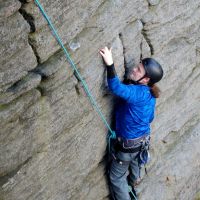 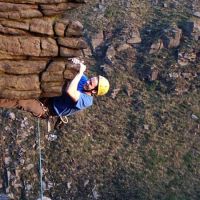 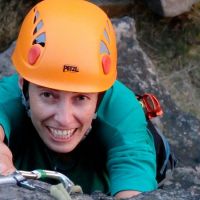 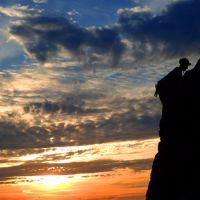 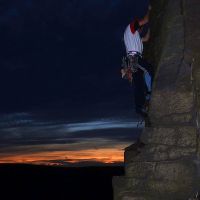 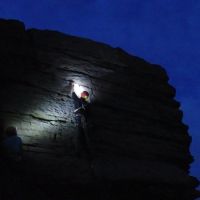 Another excellent wednesday turnout in Chew Valley with thirteen members and guests making it up the 40 minute walk in time for at least two routes.

Dan soloed 8 routes before following Andy up Nameless one(VS 4b) also following up were Gareth and Dave wylie then Doug Lochery making short work of the jamming cracks despite it being his first ever jamming route!

Big lead of the night was Gareth Digital Orbit (E3 5c) - a massive 2ft dyno leap from a fallen block and you swing onto the jugs on the nose. Heel hooking and hard pulling get you upright. The whole adventure was filmed - expect to see a video on the website in a week or two! Andy did't manage the dyno but hand traversed in at VS 5a.