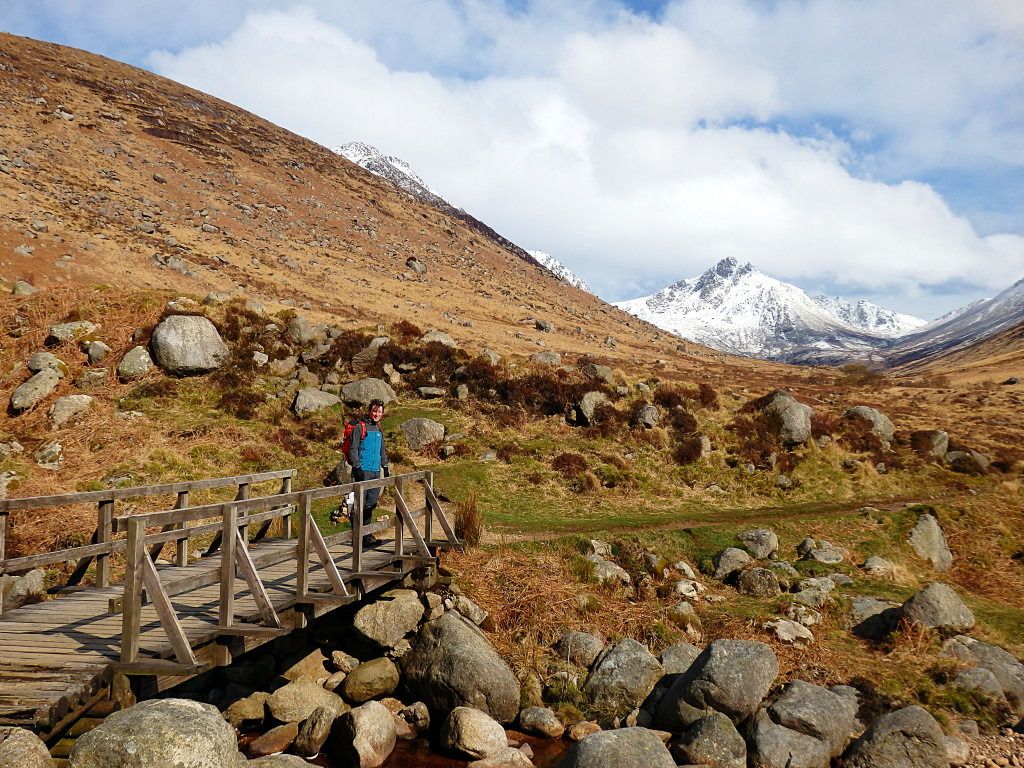 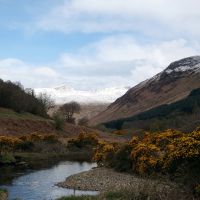 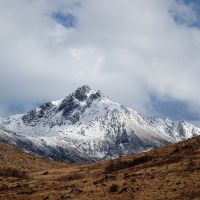 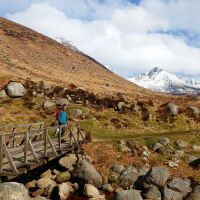 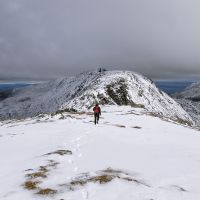 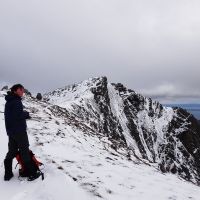 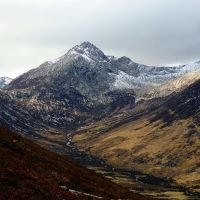 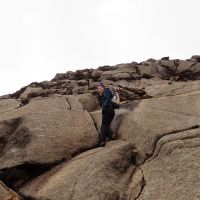 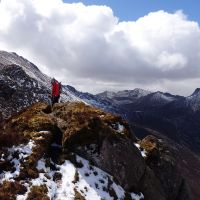 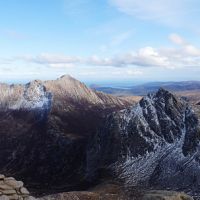 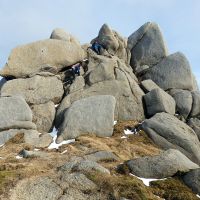 Attendees: Dave, James, Bron plus 3 friends of Phillipa who live in Edinburgh and came to meet her even though she had decided not to come.

This meet was small due to many people believing the weather forecast and feeling Arran was not worth the drive for wind, rain and snow.

Dave and James drove up on the Thursday and I came across to meet them on the Friday.

On Friday morning, Dave and James crawled out from their tents after a night of wind and rain to be greeted by blue skies and hte stunning snow covered Arran hills. They did "The Three Beinns", which were: Beinn Nuis, Beinn Tarsuinn and Beinn a'Chliabhain. This proved to be a superb circuit, with interest for much of the way - especially with several inches of snow higher up! The round took about six hours, covering something over 9 miles with more than 1000m of ascent and decent.

On Saturday the three of us set off to do the Sannox Horseshoe. We started walking at 10.15 and were back to the car before 10pm, making it the longest I've ever taken to walk 10 miles with a light backpack. There was over 1600m of ascent and descent, some fabulous scrambling, amazing views, some route finding on a near vertical slope covered by heather and one of the most terrifying experiences I've had walking down a slope.

The infamous 'witches step', a steep rocky descent was covered by snow so that the handholds were obscured and the foot placements untrustworthy. I have a memory of Dave standing below me as I tried not to slither down the hill saying 'don't worry, I'll stop you' and me managing not to say 'actually, we'll both just barrel 300m down the hill if I slip'.

We started with hail showers and sunny spells and we weren't quite sure what the weather was doing. Then early afternoon, the sky completely cleared like a gift and the sun shone on us for the rest of the day.

We agreed that this one one of the best hill days any of us has had.

On Sunday, we took Dave to his first ever sauna at the hotel, ate lots of food and went for a walk by the sea.

By Monday morning, the weather dismayed by it's inability to steal any of our tents by funneling wind down the valley settled for creating a pond arouond James' tent. The campsite was rather squishy and James and I persuaded Dave (who had many comments about the 'younger generation') that we had had some awesome hill days and it was time to catch an early ferry, go home and get some sleep.