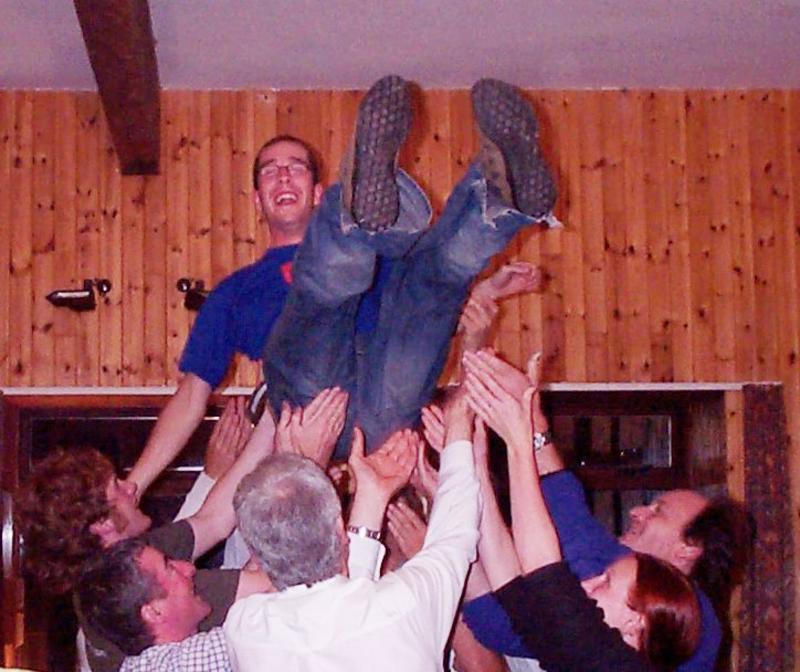 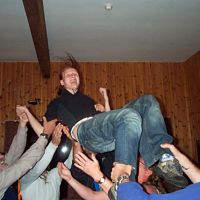 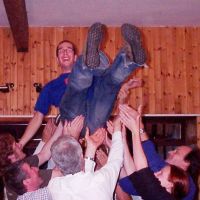 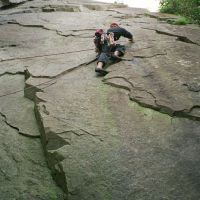 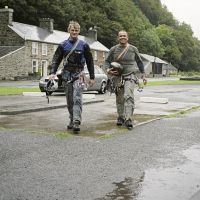 Heather and I arrived slightly late at John's due to heavy traffic, which led to a rather fraught journey down! John took his duty as Head Libations Officer extremely seriously and was worried that the especially selected barrel of Bikes, Trikes and Beer wouldn't settle on time. After all how could you throw a party with less than perfectly clear ale!

From recent experience the weather in Wales has not been kind and this weekend was no exception. People attempted to climb between the showers and a few routes were reported as completed.

Duncan and Sabina went for the full mountain experience and climbed Ordinary Route, in the pouring rain with nil visibility.

Colin and Roisin: A variation to the direct route via the Slate Museum and Pete's Eats

The meet leader did not attempt to climb but did get the full mountain experience when joined by Alan and John she decided to walk up Carnedd Dafydd, over Black Ladders. With the wind so strong that you could barely stand on the summit, let along make progress, a decision was made to bid hasty retreat and join the competition for space in the drying room.

Unfortunately there was no improvement in the weather on Sunday and whilst a few people went for an extremely wet walk, circular from Milestone Buttress via Llyn Bochlwyd, Idwal Slabs and around Llyn Idwal, many decided on retail therapy in Llanberis or a direct route home.

Well what can I say about the party celebrations. As usual everyone threw themselves into it in style with the guests soon joining in the spirit of things! Roisin organised everybody in a game of pinning the tail on the donkey before helping decorate the birthday cakes. With three birthday cakes to consume (it was Mike Reading's birthday also), there was a wonderfully sociable munching session in the lounge during which Heather and Scott were given the bumps (48 in total). The cake was washed down with a plentiful amount of alcohol, which might have had something to do with the creative display of wall dancing by Sally and Sabina, who were very quickly overshadowed by Jason's attempts! John went to bed a happy man after drinking several pints of his beer, which was perfect! Dan's rehearsal for the disco at the Annual dinner went down extremely well; people danced until the small hours and were complementary as to his choice in music.

Thanks to everyone that turned up for helping make Heather's 21st and Scott's 27th birthday celebrations so memorable!