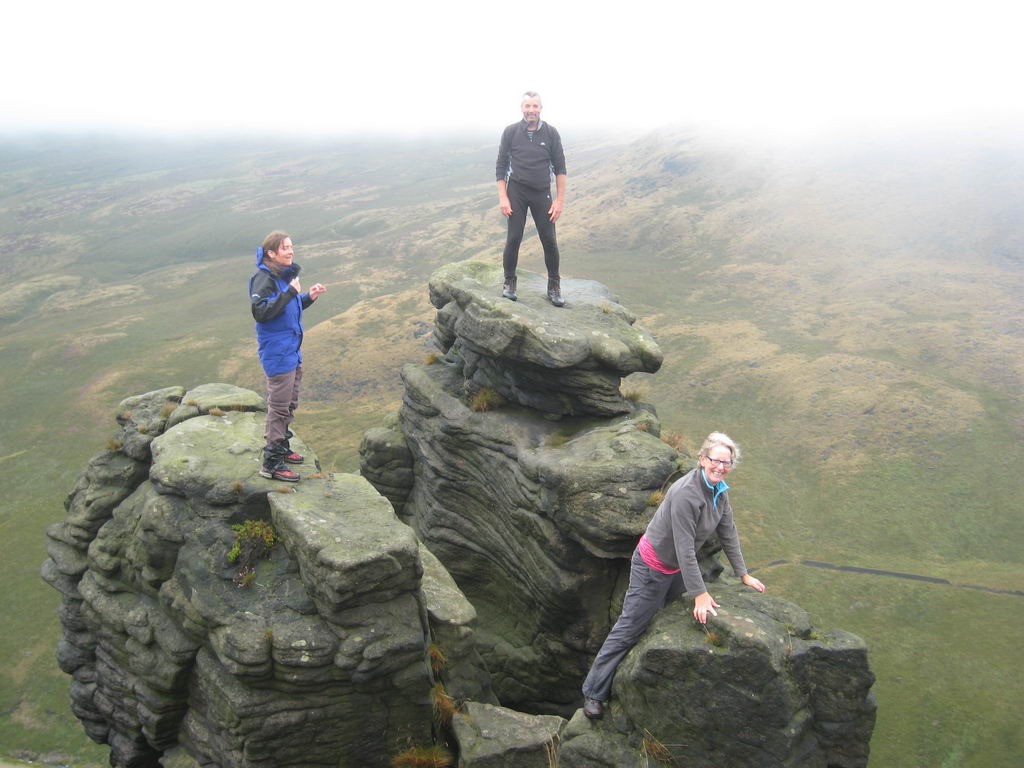 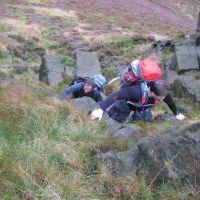 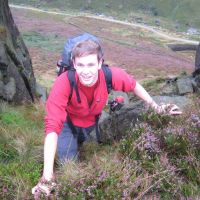 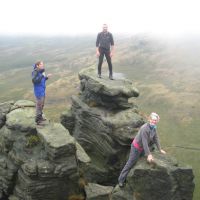 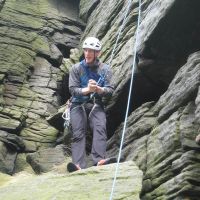 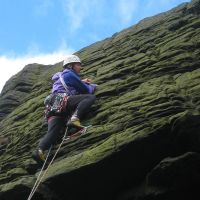 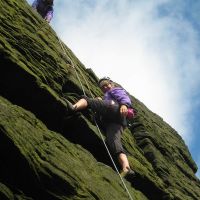 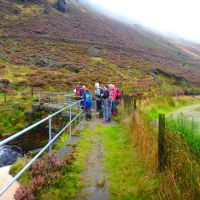 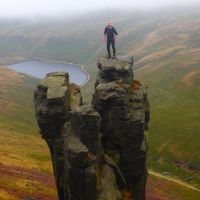 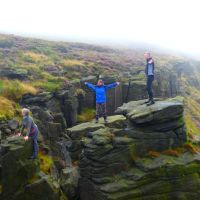 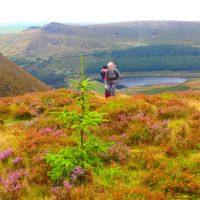 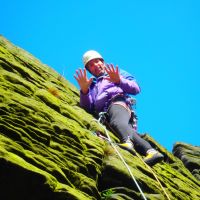 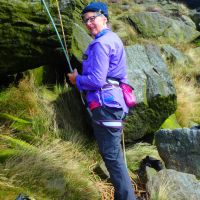 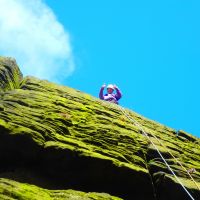 We set off from Binn Green in light misty drizzle and when we got to the clough below Ravenstones the water was in such spate that we couldn’t cross.  We opted to go up the steep way directly to Ravenstones Crag and emerged just below the Trinnacle, it was a tricky exit and required a bit of careful climbing over wet and green rock.  After a bit of persuasion Cathy joined myself and Philippa on each of the three pinnacles.  Rock climbing was out of the question because it was too wet and slimy so with great optimism we decided to continue to Dovestones.  The mist lifted and we got good views across the valley and over the moors.  We stopped for lunch at Dovestones Edge and our optimism went unrewarded as the crag was slimy and wet here too.

We carried on walking along the edge and the sun made a brief appearance so as we neared at Rob’s Rocks the meet leader’s optimism returned and I decided to don harness and climb a route called Letterbox (V Diff two stars) a lovely route that will go in most conditions and so it did.  James Hall tried a much harder route round the corner while I gave a rope to Cathy, Richard and Duncan on Letterbox, others were quite happy to watch.  James decided to retreat from his route because it was decidedly green…. Full marks for trying though.

By this time the pub was calling and it was time to head down to the reservoirs and back round to Binn Green.  Everyone had a good walk and some had a recce of crags they hadn’t seen before… just remember a day spent in reconnaissance is never a day wasted!  Shame about the wet conditions on the rock but it was still a good day to be on the hills. Thanks to everyone for coming,