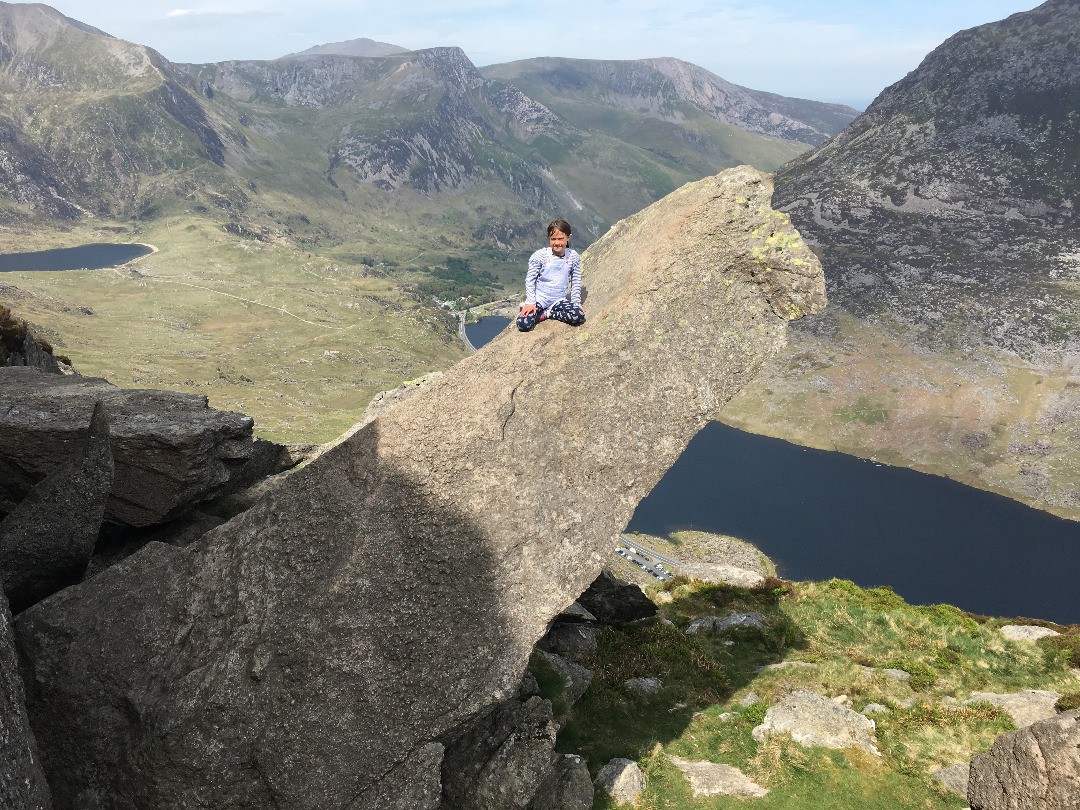 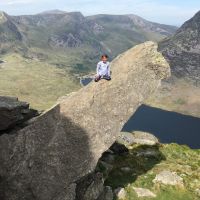 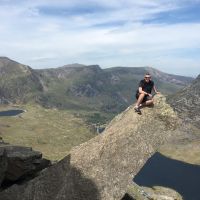 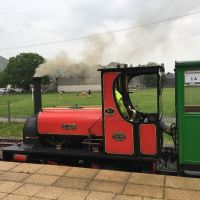 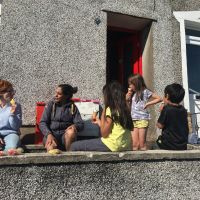 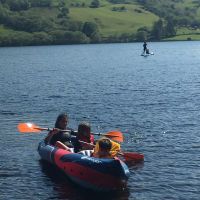 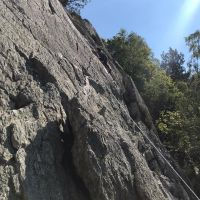 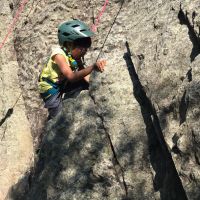 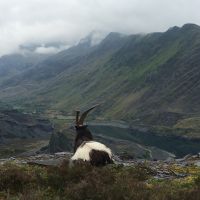 The aim of this trip was to fulfil the criteria of having at least one meet per year which could include members with young families, and do a range of mountain-based activities from the hut, and so was chosen for the school half-term in May. It was billed as “Bring a child or earplugs along, or maybe both, for what will hopefully be a weekend of fun in the sun”, and it didn’t disappoint in terms of the decibel level and sunshine!

In the lead up to unlockdown 2.0, we were very lucky to be allowed to both visit Wales and have a maximum of two households stay for the KMC family weekender. And triply luck to have a heatwave during the bank holiday. This allowed Sophie (8), Izzy (7) & Ramin (4) with their parents to get to Wales, accompanied by ropes, bikes, wetsuits, boats & paddle-boards.

On the Saturday, before Gowry’s family arrived, we had a walk around the main quarry and explored a few of the easiest tunnels. There was also a large group of long-horned goats near the viewing platform who were offering their opinions to passers-by. Then around 10:30am we all met up to discuss plans for the Bank Holiday weekend, before splitting off for the first part of the day.

The Snowdon railways were running a limited service up to the ¾ station (Clogwyn) & we luckily managed to get last-minute tickets so Sophie, Liz & I took this up and walked down the Lllanberis path – one which amazingly this author had never done before. The day afforded beautiful views of Bear Gryll’s new island off the Llyn Peninsula (Saint Tudwal's Island West), and by midday it seemed like every possible ridgeline had people on them. There was also the usual procession of summiteers all walking up from the town, in all manner of gear, with the summit-selfie-queue starting at about Pete’s Eats in town. Meanwhile Izzy, Ramin, Gowry & George took the lake railway and explored the lake – giving the inexhaustible Ramin an inexhaustible supply of entertainment. In the mid-afternoon we all met up to visit Dolbadarn Castle, which the kids loved exploring. In the evening George headed off for the nearest friendly pub to watch the Champions league final (Chelsea vs Manchester City) while we settled the youngsters to bed.

Sunday we went to Lion Rock for a bit of cragging, which was Ramin & Izzy’s first taste of outdoor climbing. This is a great venue where I had previously taken a KMC/BMC self-rescue course in 2016, with small easy sections and a few bolts & stakes installed for regular use by local guides – about 10mins drive from the hut near the lake railway. We rigged two top ropes and the kids really enjoyed trying them. Sophie had been here 2 years previously, when going up was easy but coming down was very challenging – and this time she was confident in being lowered off. Izzy & Ramin were both anxious to get the first ascent of these classic routes – and Izzy led the way with some great climbing. Ramin later managed to get to the highest point on the final (& hardest) route of the day, showing his fearlessness in ascent – but decent was a lot trickier even with Dad underneath.

After this we went off to meet ex-KMC-president Emily near her new house in Talsarn 25mins drive away, at her favourite local swimming spot. We inflated the paddle-board and 3-person kayak, and enjoyed an afternoon on the lake, with some wild-swimming thrown in. This place has great views of the Snowdon massif, and was much quieter than Lyn Padarn too. Afterwards, we enjoyed Emily’s hospitality at her house before heading back to the hut for a sunny BBQ and toasted marshmallows.

On Monday, George needed to head off at lunchtime so we walked a loop around Pardarn Park from the hunt, with the kids learning to map-reading & use a compass to keep us on the adventurous path I’d planned – down the path near Vivian Quarry. The kids found great interest in the colossal pulley-houses used to haul the slate many years ago. However at some point the adults (Mark & Gowry) realised their orienteering skills were a bit rusty and we ended up taking a longer than planned route back to the hut – but thankfully the kids didn’t seem to mind. The last activity was an easter-egg-style hunt round the hut, where the kids placed the clues and the adults had to compete to collect the most clues – with Gowry’s stamina winning in the end.

All in all, an excellent weekend was had and we all agreed that it would be great to run a similar meet in 2022 hopefully with many more families also able to attend.