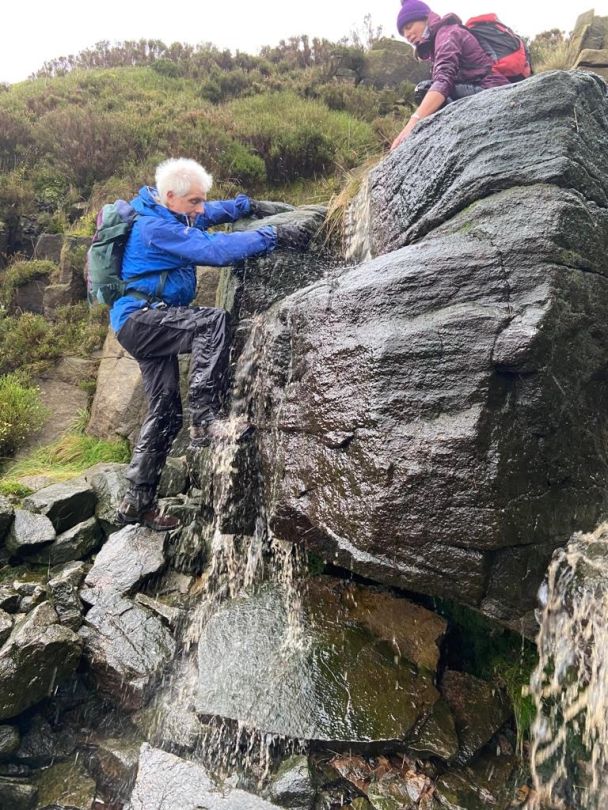 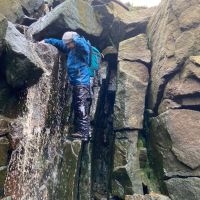 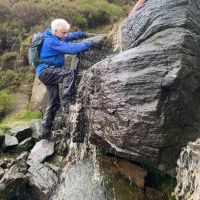 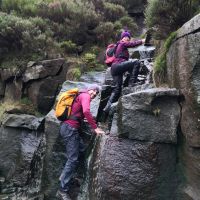 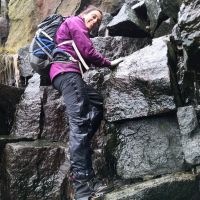 The best-laid plans can come to nought when you discover the annual grouse shooting season is in full flow exactly where you intended to do a walk. Jim was displeased but as everything he said for the next hour was unprintable, I won’t go into any more detail. Eventually, after a little chat with one of the landowners, we turned back and collectively the six of us decided a drastic change of route was the only option.

We returned along the side of Yeoman Hey reservoir and ascended towards Dovestones Edge crag taking the gully to the left (as you face the crag). This gully is unnamed on the OS map but maybe we will call it called Ashway Gully! It was entertainingly slippy with a couple of short waterfall pitches and provided a terrific way up to the plateau that none of us had ever done - a silver lining to the cloud of the grouse shoot.

We made our way round to the top of Charnel Clough after passing Bramley's Cot. Charnel Clough provides an entertaining descent with some nice small pitches of Rock in a deeply cut gully which drops you straight back to The Chew valley Rd. A quick lunch stop was had here, then we crossed to the other side of the Chew Brook and headed round to the main event of the day, the ever entertaining Wilderness Gilly East. This was running slightly less hard than we expected but there was still enough water in it to make things entertaining. The whole team had a crack at the most interesting lines on some slippery rock with plenty of water and plenty of laughs all round.

After the last of us topped out on the plateau the heavens opened, the wind picked up, and we beat a hasty retreat to the Wimberry climbers’ ascent path and made good time back up the cars at Binn Green. A very satisfying day out was had by all.