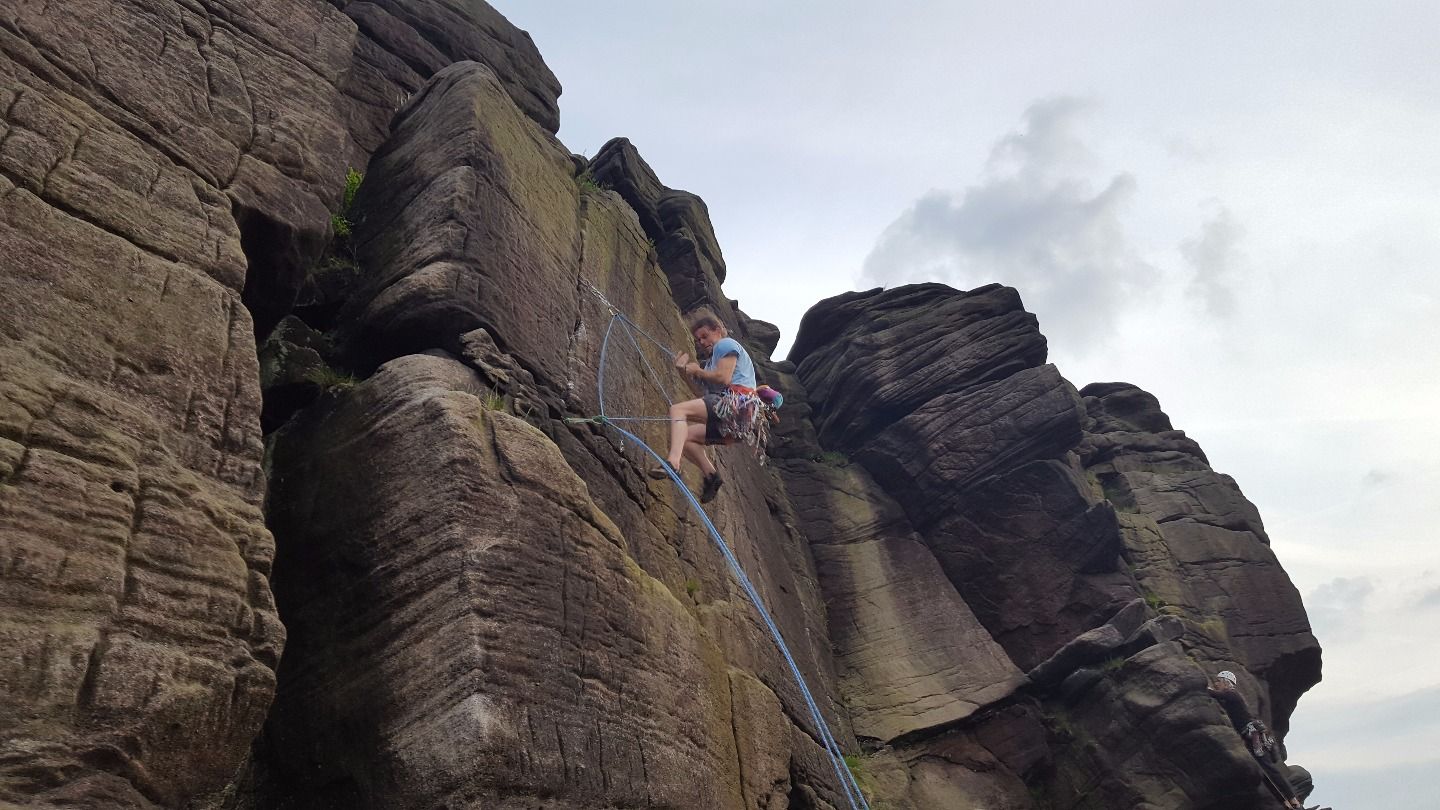 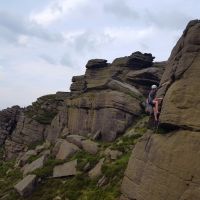 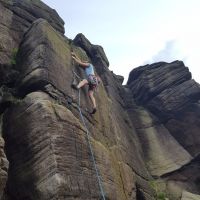 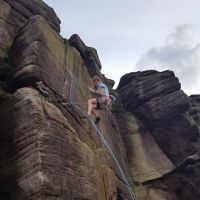 With sunshine back on the menu the KMC returned to the Chew Valley.  Dovestones Edge, with it’s commanding views of the reservoirs below awaited the climbers as they slowly and (in some instances) painfully wound their way up the steep hillside.  Seventeen turned out to sample some of the best moorland gritstone had to offer. They were joined, unfortunately by some of its more ravenous residents – Culicoides Impunctatus, more commonly known as, the midges.  On a scale of 1-10, one being a breezy day aboard a ship on the high seas and ten being a still drizzly day in Glencoe, we were probably around a four when the team arrived at the crag. Things escalated from there.

Jared led Answer Crack (HVD) in his trainers followed by Dan.  Answer crack also received ascents from Rob, followed by Naomi.  Dave and Clay climbed Question Mark, also HVD and an excellent companion route to Answer crack, sharing some of the same climbing.  Dan then led Layback Crack (HS) and the followed Jared up Nasal Buttress with Stuart as the midge level cranked up to around 5.  Guests Sam and Ben also climbed Nasal Buttress then moves on to the tricky Yellow Crack (HVS).  Ben battled hard on the thin upper crack (5c he reckoned if you can’t reach the jug) and succeeded on his second attempt.

Emily P climbed Nobbly Wall (S) then moved onto Slab and Saddle (D) led by Emily T which had a particularly exposed finish leaving gear quite far behind.  Bernard climbed Layback Crack followed by Jack and Mark which also received ascents from Clay, followed by Dave and Rob, followed by Naomi.  As Dave and Clay finished their evening on Tower Ridge the midge level increased to 7 and mutterings about the pub gathered momentum.

Once down in The Clarence, complete with new pool table, the discussion turned to next week.  Cow’s Mouth Quarry and Woodhouse Scar were eliminated early leaving Shining Clough and Bamford Edge in the shoot-out.  With a tricky trade off between driving distance and length of walk in the shorted walk-in prevailed (obviously, the walk up the hillside to Doovestones was too fresh a memory for the time being.  Next week, for the longest day of the year, we are going to Bamford.