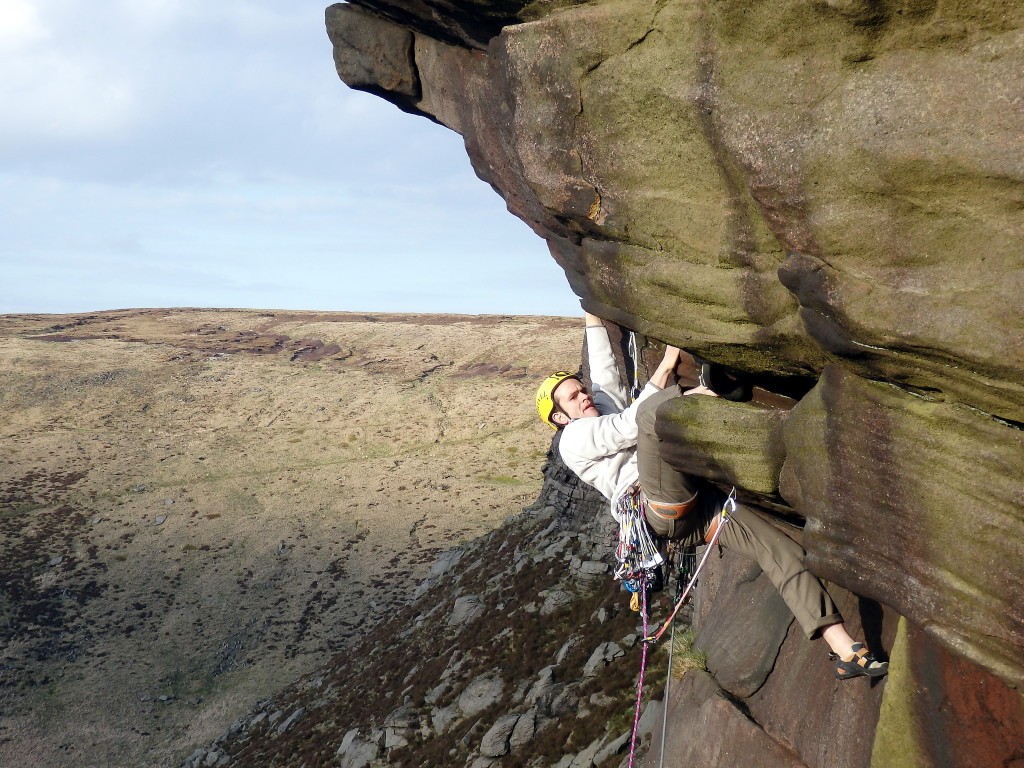 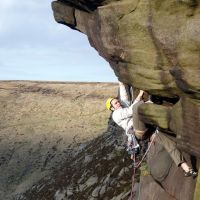 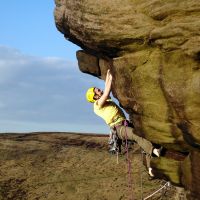 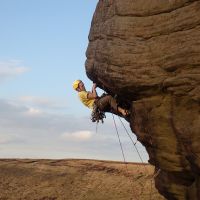 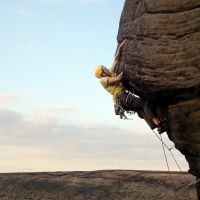 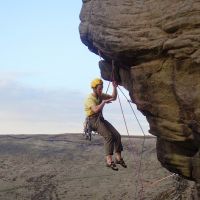 Dave arrived early for a spot of sunbathing. Gareth arrived next and psyched himself for The Hanging Crack - one of the toughest roof climbs in the Chew - it alledgedly goes at E2 5b - but only if you are an orangutan that can jam proficiently.

We worked out that Gareths ape genes were seriously deficient, along with his jamming skills

Meanwhile, back on planet earth Stevie had led Answer Crack, then Layback Crack. After Andy had completed belay duties for Gareth he led the same. Matt led Tower Ridge and Question Mark. Talking of question marks, there were some used about Dan's claims to voting rights in the pub - after he claimed bouldering on The Sugar Loaf, Sloping Top and The Tank entitled him to raise hands. Al checked rule 237b section 4 part 6 and concluded that as long as Dan voted for Shelf Benches (which, surprise, he had suggested) then his vote would count. Despite this blatant attempt at vote fixing, the superb Glossop crag went out first round after 2 complex re-votes.

Wilton, Pule Hill and Cows Mouth vied for the top spot with Cows Mouth easily taking the honours once the shy KMC members present were told Paul Evans would be in attendance photographing for the new Lancashire Guidebook.