The Bank Holiday Weekend was punctuated with deluges of such biblical proportions that it would not have been a surprise if Noah and his air-sea rescue unit had turned up. Instead he sent his mate Methuselah, sometimes known as Neville, the Henry Kissinger of European Mountain Safety, to be guest of honour.

To celebrate this milestone of his reaching the proverbial three score and ten, I had previously visited the birthday card shops of Bury to obtain a suitable badge for our mate to inform the world that 'I AM AN OLD GIT' but the genteel lady assistants politely apologised that they could not accede to such a request. Moreover, I was moved to complain to them that the cards on display with '70 years old today' seemed to be targeted at old dodderers and completely unsuitable for a jet-setter still willing to hang by his eyebrows on the steepest cliffs of Europe - Well! As long as it was not raining!

The day of his birthday (Saturday) dawned in splendour causing the assembled young enthusiasts to jump out of bed whilst the more elderly fell over their zimmer frames looking for their glasses - no names mentioned! Everything was all in vain when breakfast was completed and the first bout of indigestion struck, as the sky had already become overcast although I admit it was still dry.

So what does the average 70-year-old do on his birthday? Correct! He goes rock climbing. Naturally! So even though our old boy sported a bad shoulder - must be rheumatism at his age - he gamely set off to do his duty.

Sheena acted as rock climbing leader, home help and geriatric nurse by watching his knot tying, straightening his collar and checking his flies were fastened.

You have really got to hand it to Sheena for her patience:- "Now then, Mr McMillan! Can we reach this hold? Careful! Careful! Just take your time! But not too long 'cos time's not really on your side, is it?"

They chose 'Crackstone Rib' on the Wastad as a suitable route for the day but it already had occupants when they arrived and Sheena's threats failed to scare them off (must be losing her touch!) so instead they decided on 'Skylon'. Sheena led up the first pitch in the dry but the rain started as Neville climbed so he had to do the crux in the wet as if to punish him for all his sins over the last seventy years. Thus a moist retreat was then executed under auspices of divine retribution.

In the meantime James, Scott and Rob drove to Tremadoc to meet the coming of the rain when Eric's Café provided a reasonable alternative to the crag. However, later on Scott led the group up the sheltered 'Striptease' before they returned to Pete's Eats. Isn't it is good to know that climbing traditions are being maintained?

Rick and Mark looked for better weather out at Gogarth.

Keith, Iain, Peter and Chris headed over to Croesor for a walking circuit that included Cnicht and some cnichting ridges. In the hut book our ageless meet leader referred to our group as the 'Music Hall' team which at first glance I thought to be defamatory but then realised he must really appreciate the high quality of our jokes after all. Therefore, I decided not to make a song and dance about it.

In the evening Neville kindly invited us all to join him in the hut lounge to sample a crate of red wine appropriately named 'Old Git', pleasant enough even though it stretched the term 'vintage', and for his own preparations of excellent savouries and fish pate. This latter was supplemented by toast supplied by the home help.

After the meal, we enjoyed a very genial evening, at which KMC loungers seem to be most expert, providing the old git - whoops, I'm sorry - the venerable gentleman with a very satisfying celebration.

On an unsettled Sunday Neville joined Iain, Peter and myself for some excellent jokes and a short yet enjoyable walk round the Padarn Lake. After a sojourn in a tea shop, we visited the 'Electric Mountain' centre where we admired photographs of ancient quarry workers, some nearly as old as Neville himself. Observing one of the photos I wondered what the woman in the picture did! Peter, of course, knew her name and that of her mother as well as her grandmother's too I should imagine - and what they would all be doing next Saturday night.

The President himself took a bunch of his followers on a walk somehow linking Llyn Peris with the Snowdon track.

Sheena, Rick, Dave and Mark went to Gogarth (cold but dry) where the latter two inadvertently created a new route to be named either 'Head Banger' or 'Bloody Nose'; the climb included a 75 feet pitch of 45 degrees mud. It is still waiting a second ascent. Rick and Sheena had more sober excitement on 'Bezel'.

The big story of the day was the ascent of 'Devil's Kitchen' by Scott and James which they described as excellent (?) with a fantastic atmosphere intensified by green slime. Listen lads:- you are not going to live to seventy if you go out on the mountains and get wet!

Michelle hung on until two-thirty when the rain started to complete a water-cooled run. Another one who does not know what is good for her!

On Monday morning the cloud was down to ground level with wall-to-wall rain (well, it was Bank Holiday Monday!) and a horror-struck meet leader led a panicking exodus back home. Only Rick, Dave G, Scott and Mark B remained to see through to the midday sunshine although it seems more crag-lounging than climbing was achieved. Rick and Dave did go to Castle Inn where they parked at the crag and walked to the pub. I hope I got that right way round. Anyway, as I said before it is good to see all KMC traditions kept up.

Good luck! Neville! Here's to the next seventy!

Neville McMillan invites his KMC friends to join him at the hut for the May Day weekend, particularly on Saturday, 3rd of May, his birthday. Like Yoko Ono (or maybe not quite like Yoko Ono) I will be 70 this year, and some quiet and dignified celebration of achieving my three score years and ten seems appropriate. Presents are not required, but all younger members will be expected to provide a written and signed promissory note offering to lead me up some route I will find enjoyable. These notes are unlikely to be redeemed on the weekend, since I currently have a shoulder injury from an apparently trivial skiing fall. But I intend to save them up for future use. Older members are exempt from this requirement, but are welcome to supply suitable bottles of liquid with pain-relieving or other therapeutic properties, for entirely medicinal reasons. A modest supply of an appropriate red wine ("Old Git") will be available for those who fulfil the above requirements.

As for the outdoor activities, in the best traditions of the KMC the climbers will do their own thing irrespective of anything the meet leader says, and in any case I probably won't be with them. If the weather is kind, there are lots of scrambling options which I will be encouraging; a circuit of Tryfan, Bristly Ridge, Glyder Fach, and descent by Y Gribin makes a good day out. There are lots of options as we all know. The choices depend on the weather, and the crowds or lack of them.

Please let me know if you are intending to come, and let me have your promissory notes in advance! 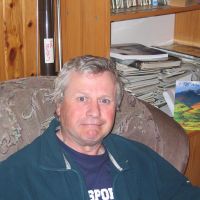 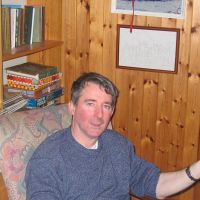 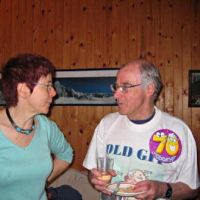 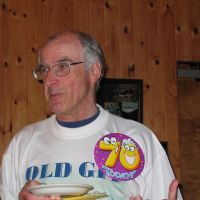 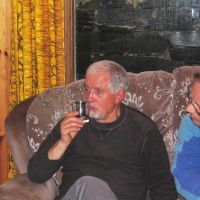