Despite the allure of the rugby on TV and the only cloud in the Peak hovering overhead, the early arrivals were on the rock before the final whistle and the weather was kind to us. The team's photographers, who watched the game, arrived somewhat later by which time we were all warmed up and striking some good poses. A few hardy soles led the odd climb, others top roped some of the taller problems and the bouncy play area was a winner. At Newstones Hazel Brow Crack, Rosehip and Scratch Crack provided lots of entertainment for the spectators whose ranks swelled at lunchtime with Frank and Margaret's arrival. As they continued their walk after a suitable break the caravan moved on across the moor to Baldstones for the afternoon shift. This change of venue provided certain people with an opportunity to sneak off. El Presedente and his entourage sidled off in the direction of a local hostelry whilst Sheena and Sabina, being of a healthier disposition, went for a run.

The bouncy play area was set up below the excellent Baldstones traverse which provided lots of amusement as did Ian's cunning plan of setting a top rope up on Ray's Roof. Despite the best efforts of the youngsters no one managed to get established in the crack but lots of fun was had swinging around cursing and bleeding. Those who were older and lazier looked on with wry smiles. Kevin's end of day grin was well deserved seeing as he was the only one to complete the traverse. The meet leader managed to fall off the last move, twice! Bugger! Finally the deepening gloom caused a retreat to be made to the Whaley café for a warming chili.

Cheers to everyone who turned up.

The plan is Newstones (SK 019638) and Baldstones where the bouldering is excellent, the landings are better than average and the setting is superb. I plan to arrive at the nearest rocks to the road at about 11am once the morning sun has taken the chill off the grit. So bring along those bouldering mats or a rack and a rope if you so desire. There is always Ray's Roof.

Car sharing is a good idea because the nearest parking is limited. 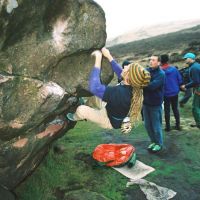 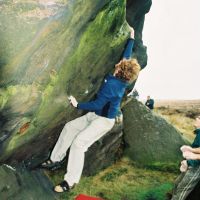 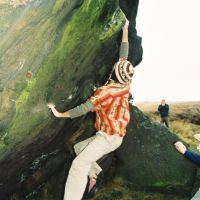 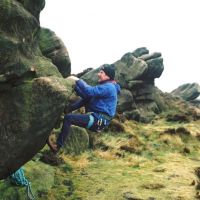 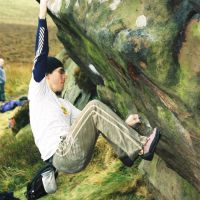 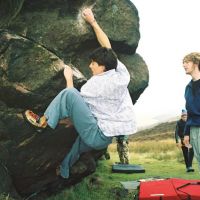 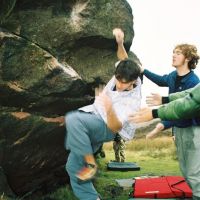 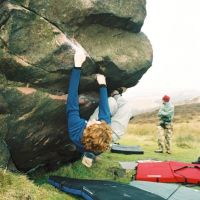 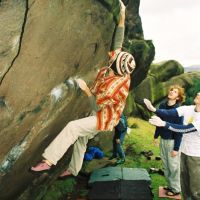 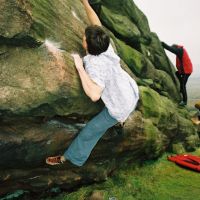 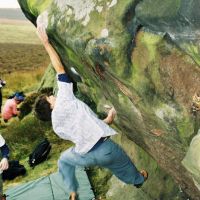 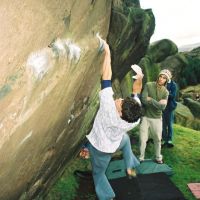 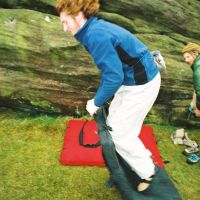 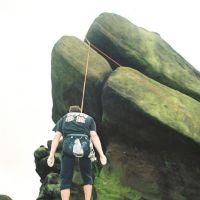 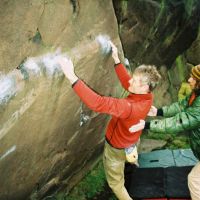 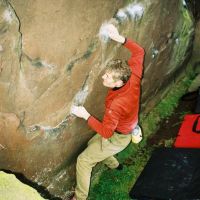 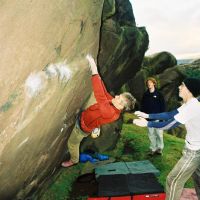 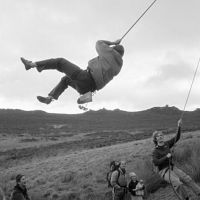 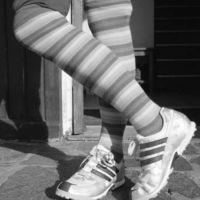