Once again a KMC mid-week meet in February, by comparison with the last couple of years conditions were sometimes cold enough at least (sufficient to freeze the handbrake of Sean's car on one frosty night!). Some of the gullies were in condition but overall there not really enough in the way of snow and ice for many winter routes to be worthwhile - some of the gullies were good, and when Steve and myself finally appeared at the curious and excellent Jock's Spot, Sean told of exploits over the weekend involving use of the spiky toys... During the week Sean relentlessly hunted down Munros like a ruthless hit man, impressively organised and usually walking in the right direction... Some the rounded heathery bumps above Drumochter put up a fight for sure, in the sodden swirling hill fog, but they went in the bag nevertheless! Due to a remarkable comedy of errors one evening Sean found himself with little option but to use breaking-and-entering techniques to get into the hut, and a neat bit of woodwork to repair the hole... The hut is itself an excellent place, with a big old stove to boot out some heat which was most appreciated with temperature down to -10 degrees on or two nights!

As for Steve and myself, a reasonable amount was done for a change, including an ascent of Ledge Route, coming back down No.5 Gully, which was lean but enjoyable. Some dicey experiments on the Brenva Face were done the following day (thaw conditions, so we scarpered over the Carn Mor Dearg arête); a day where dozens of instructor-groups swarmed up the Allt a Mhuillin like heavily-laden ants. After a rest day we headed up to Corrie an t-Sneachda, where The Runnel proved to be a fine little climb. Thursday saw the two West-Midlanders in the party traverse Creag Meagaidh, via Raeburn's Gully and taking in Stob Poite Coire Ardair and Carn Liath in pin-sharp clear visibility, with views from Glencoe to Torridon - totally colossal. Friday was a major bonus, where after Sean departed Steve and I climbed the magnificent Ardverikie Wall on Binnein Shuas, as good a Severe as can be found in terms of rock, atmosphere and position, and the midges were all on holiday in Spain! (I think).

Have to admit it, I don't expect there'll be much skiing on this meet, but snow has been seen to fall on Scotland at this time of the year in the past so you never know... I did say I was gullible didn't I?

Jock's Spot is a hut on the north side of the A86 Laggan to Newtonmore road, 1 mile west of Creag Dubh. the map is OS Sheet 35 Kingussie, the grid ref is: 667947. From Newtonmore the hut is 50 yards past the only bend signposted on the road; 'please use the car park on the south side of the road'. Six places are booked for the KMC at the hut, five nights starting from Sunday 15th Feb. Sleeping bags and Karrimats are required, other facilites seem good (e.g. hot water, electricity, shower, drying room etc.). The location is very handyfor Craig Meagaidh, Ben Nevis and the Cairngorms. Price should be in the range 4-6 quid per night, Hopefully the weather will cooperate, you never know...

I'll be at the Crown and Anchor reasonably often until Feb, otherwise call or e-mail if you're interested. 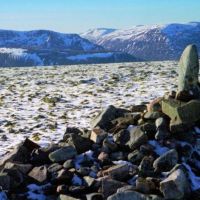 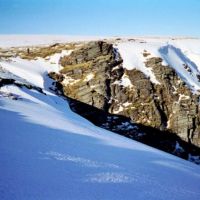 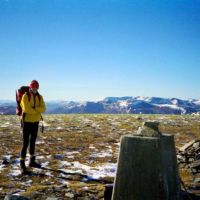 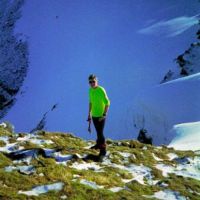 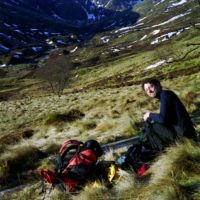