The best weather of the weekend was on Friday afternoon, but only Neville and Roger were present to climb on Wallowbarrow in really hot sunshine and no wind. Saturday dawned cloudier and cooler, but 17 members and guests climbed a wide range of routes from Hard Diff to HVS. Thomas was well-supported, and found quite a giggle by some. Virginia opted for Nameless as a final route, but finding it harder than expected, was heard by many giving the route a selection of choice names, mostly not repeatable. To round off an enjoyable day, many sampled the wares of the Newfield Inn, all for the benefit of the local economy.

Sunday was dry, and clear on the tops, but with a strong cool breeze. There was an air of seriousness in the hut, added to by the medical condition of two members. Duncan had been stricken by a virulent stomach bug during the night, and Graham very reluctantly decided that his asthma problem needed to be taken seriously, so both were declared hors de combat. That reduced the number of runners to 10, but this was increased by five members and three guests who turned up on the day (four quite unexpectedly). Final field 18.

Since last years event had been won in less than 1.5 hours, a more challenging course was provided this year - approximately 11 miles, with 2,940 ft ascent minimum.

There were many different ideas about the fastest line to Goats Hause, but only Roger and Cath found the slowest route, including paddling in the beck on the way. On the descent past Seathwaite Tarn, Virginia's colourful rigout caught the eye of both sheep and sheep-farmers, leading to a verbal harangue. Virginia claims that the delay was to cost her the Shelagh Manning Trophy, but such special pleading cuts no ice with the referee.

By Castle How the fast guys were still ten minutes behind Julie and Scott of the middle group, and Trish and Wavey from the slow group - obviously not trying hard enough. But it was the supposedly easy, valley stretch from Castle How to Wallowbarrow that really produced the surprises. Al, Julie and Scott got it right by sticking to the forest track. Those who tried to gain advantage by running along the road lost out by at least seven minutes, and some much more. Shaun, one of the fastest three at Castle How, lost 52 minutes on this leg, and others made costly mistakes.

At Wallowbarrow summit, Julie and Scott were still leading the field, with Al nine minutes behind, and Craig still 10 minutes behind. On this final leg, and the uphill finish to High Moss, Julie dug deep. Craig was closing the gap, but Julie showed great determination to be the first home, 2.5 minutes ahead, with Scott third to finish.

And the winners of the trophies were:

My thanks to all the checkers, and also to Sabina for producing such excellent food in large quantities.

Start training for next year; we will probably have a change of venue, in the hope of getting thick cloud on the fell tops!

The venue that was successful last year is booked again this year. On Saturday it is climbing on Wallowbarrow, or Dow for the more energetic, or walking, or, if/when it rains, drinking in the Newfield Inn. As usual, the Fell Race is on Sunday. Attendance by Committee members is compulsory, either to participate, marshall, revive the also-rans, or feed the hungry with soup and sandwiches.

The idiosyncratic handicap system works to a secret formula that gets tweaked every year. But the more times you participate, the bigger your handicap. Trophies for fastest male, fastest female, Shelagh Manning handicap, and the Concordia Trophy, but only for KMC members. Guests can participate for the sheer hell of it.

The easiest way to the hut is via Levens Bridge, Newby Bridge, Broughton, turn right immediately before the traffic lights at Duddon Bridge, and up the valley to Seathwaite. The last 20 miles are increasingly bendy and slow, so allow plenty of time if coming on Sunday morning. 0.7 km N of the Newfield Inn, turn right as though going to Turner Hall campsite, then straight ahead through the gate labelled "High Moss". Shut the gate, and 3 more gates before parking at the side of the hut. If arriving at night, take care where the track crosses the stream, otherwise you will need hauling out the following morning. There are around 20 dormitory places, but please book ahead with Neville (£8 pp/pn) especially for Saturday night.

This year maybe the weather will be more challenging - thick fog instead of sunshine. And maybe a river crossing or two will be included! The course will start and end at the hut. Course details will be posted on Sunday morning at 10.00 am. Start times (three groups) will be 11.00, 11.30 and 12.00 noon.

Contact Neville for hut bookings, further information, or with offers of help. 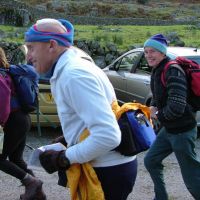 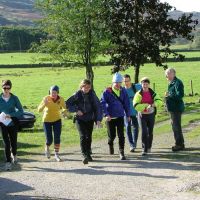 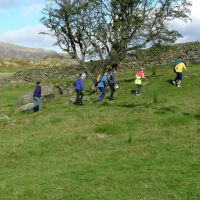 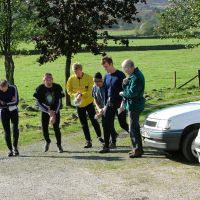 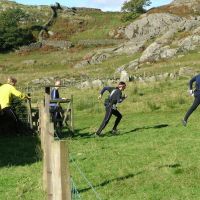 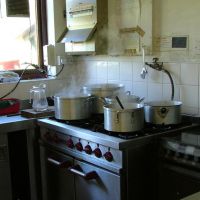 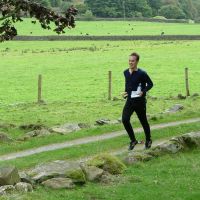 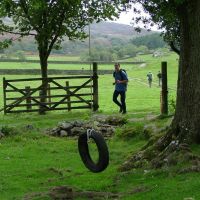 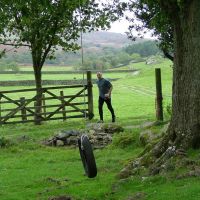 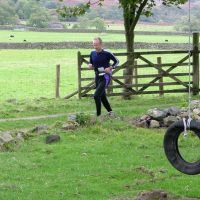 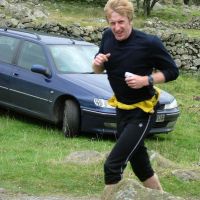 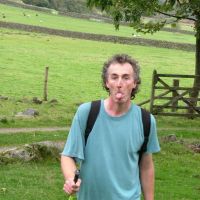 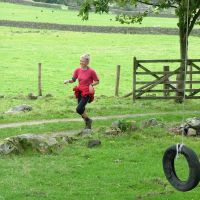 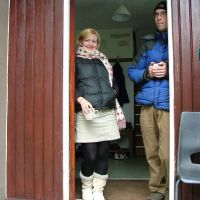 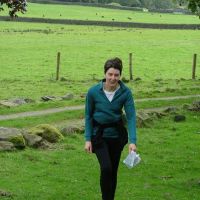 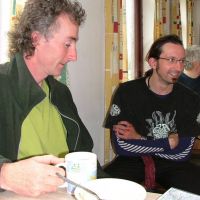 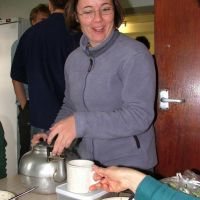 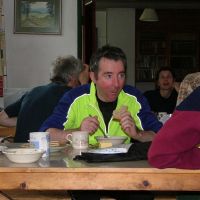