Considering that at one point we could have taken seventeen places in the Alex Mac, five above the number we had booked & that just two days before, the Hut Custodian had bent the rules & allowed the KMC to bring an extra person, it is rather disappointing that only six people turned up on this meet. Most of the cancellations were received on the Friday, if at all, which meant that two BMC members in Glencoe & enquiring about accommodation had already been turned away, never mind those KMC members I had told that the hut was full. Some had personal reasons to cancel, which is understandable. However, we could have still filled our allocation in the hut with those who only stayed away due to a bad weather forecast that they had heard. The whole situation was very difficult to understand, since this forecast was not one that anyone that attended had read / heard, or like any of the weather conditions we experienced during the length of the weekend.

We were all up early on the Saturday morning, with Duncan & Colin off to the Ben, Bridget & Ann to the Mamores, while David & Sheena had chosen to attempt the Aonach Eagach Ridge from east to west. For Sheena, this was one of the mountain ridges that inspired her to start rock climbing, yet she had never attempted the traverse. Up on the Aonach Eagach, the conditions were very mixed on this three star ridge & we felt it raised the grade from II/III to a clear grade III. It was David's fourth winter traverse of the ridge & felt the hardest yet. However, it was still highly enjoyable, with lots of bright sunny intervals & just some stronger winds on the final summit at the exposed end of the Loch. Then it was straight down & into the Clachaig for some wonderful seaweed beer (better than it sounds & with a dark chocolate finish). We then had the problem of retrieving the car from the top of the Glen. After being devoid of any luck with hitching from within the bar, David had to resort to the main road before it got fully dark. Within seconds there was a lift, it was Jesper Jorgenson with a friend & amazingly he had recognised the hitcher both in the dark & facing the opposite direction. After he had helped rescue the car, we all went back to the bar to meet Sheena to chat about old times.

Duncan & Colin had a successful day on The Ben, their chosen route, Point Five Gully also three stars & 325m of Grade V. This was Duncan's first grade V winter route, the only minus were the inevitable spindrift avalanches near the top, but these were overshadowed by the great satisfaction he felt while rolling & smoking a cigarette on the summit as they both surveyed the views.

In Bridget's own words, "Thanks for organising not far off perfect Scottish winter weather for ones first foray after 6 years abstinence. Saturday consisted of scrambling about in the vertical bog/trees to get up to the Ring of Steall for rather too long (Ann thought it jolly adventurous fun, me not impressed), trotted up ridge in stunning conditions (observing amazing spindrift plumes from summit ridge...), beautiful blue sky lots of snow until reached final ridge to top of first top when found ourselves crawling through spindrift and shouting to understand each other so decided to abandon plan. Found the sensible way up to Ring of Steall w/o bog/trees on descent so something useful from day.

Sunday was super walk up the valley to the west of hidden valley, over Stob Corrie nan Lochan and back down Lost Valley. Bidean saved for another day/year due to time restraints."

Everyone had a marvellous day & were all looking forward to a night in the pub. However, after the meet leader had been bollocked by one of the wardens for not giving any cancellation notice (that we were taking less than half of our booked allocation). We found that Ruth & Ron were great Wardens with the fantastic banter, banjo playing & dancing, along with the other group from the Mynydd, we all had a great night.

We split into two parties with Duncan & David going first. Gearing up at the start of the route, Duncan produced a 'Wallace Tartan' rope, for David this was the sign that it was going to be a perfect day, things can only go right when you are climbing with your clan tartan! This was a highly sociable way to climb with both parties catching each other on the belays, but not holding the other back. There were quite a few exciting moves on the route, but the cave pitch (the crux) was the most interesting, with very thin ice, bridging moves & dry tooling required. David & Colin watched from the safety of the cave, as Duncan led it magnificently & showed us how it should be done. At the summit of Stob Dearg, it was windy, but the magnificent views were as far as the eye could see. Duncan & Colin had done a great job & had individually led the whole route & here at the summit, they agreed that it had been harder than the grade V they had completed the day before, so we were all well chuffed. Safely back at the car there was only one thing left to do, it was straight to the Kingshouse & toast a wonderful weekend.

For those that had made the effort it was an incredibly enjoyable three star weekend & will rightly be remembered as the highlight of the 2005 winter season.

The KMC's Winter Glencoe meet is the club's once in a season opportunity to visit a most incredible & magical area in winter for walking, climbing & skiing. However, such wonders come at a cost, there are only twelve places available. So with the level of interest that has already been shown (pre-publication), we suggest that the hut fee of £3:50 per night (cheques for £7 total payable to the KMC) is forwarded to the meet leader as early as possible to secure your place.

Scotland in March, will there be snow ?

Now that all fears have been banished, back to scenario 1. Glencoe is a magnificent place in the winter or the summer, but especially in winter, be it for walking, skiing or climbing. So here are a few of the local areas of interest.

Plus many, many more including the suggestions above & everything else on the road down south to Glasgow.

I think that all of these areas speak for themselves. So if you are interested plus have appropriate experience & equipment, then e.mail, phone, or see me in the pub on a Thursday night, (places are on a first come first served basis.) 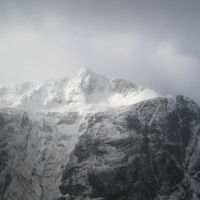 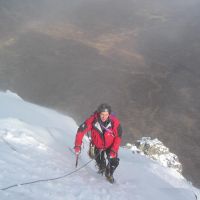 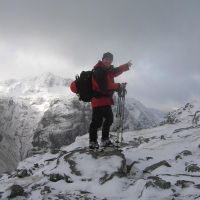 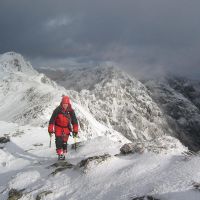 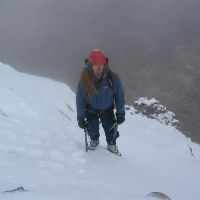 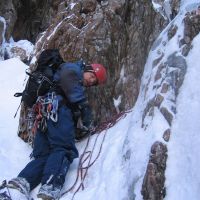 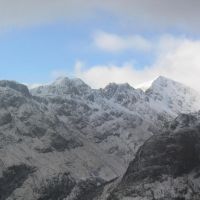 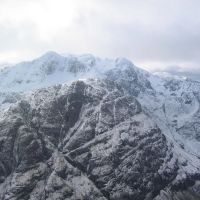 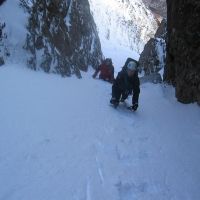