A glorious day for a walk around the Edale valley. Snow on the hills and lots of sunshine. Our start was delayed due to railway construction work at Hope Station.

An extremely large crane occupied the car park and there were several very long trailers parked on the approach road. Because we could not cross the railway by the station we had to tramp along the road to Aston. Near to Aston Hall we struck off the road and climbed the hillside by the path leading to the summit of Winhill Pike. Here we stopped for a bite and drink. From the top the panoramic view of the Dark and White Peak was superb. After a short descent we headed along the ridge to Hope Cross. By the time we reached the Cross we were well spread out so we stopped to re-group. Alan (H), Bob and Derek had gone back Winhill to try and find some gear which Derek had lost so we decided carry on without them. Soon we passed Crookstone Barn and followed the track up Crookstone Hill to gain the Scout's Southern edge. The track contouring the edge was plastered in snow, which made the going difficult at times. On reaching the path below Ringing Roger dropped down to Edale through hordes of fellow walkers. We lunched in Cooper's Café as the Old Nags Head was closed for refurbishment.

Here we were joined by Alan (J), Peter and Martin (and Alex. aged 2). Zoe left and Martin joined the team.

Leaving Edale we crossed Grinds Brook and tramped across the valley fields towards Hollins Cross. Near Peter Barn we had to negotiate a herd of cattle and a morass before climbing the hillside up to Hollins Cross. Turning East we headed along the ridge towards Back Tor and Lose Hill. Below Back Tor the team split. Alan (J) and Peter taking the low road below the ridge. At this point Martin returned to Edale to sort out a problem with his car, which had refused to start for Zoe. After ascending Back Tor and Lose Hill we all dropped down to the road near the Cheshire Cheese and so back to Hope Station. We finished off the day with tea and scones in a café in Hope. Later Mike Graves (technical assistant) advised me that we had walked 13.25 miles and ascended 3,105ft.

Thank you all for your support.

A good walk on good paths and tracks around the hills bordering the Edale Valley. The route can easily be modified to suit the conditions. ETA in Edale at the Old Nags Head Inn is between 1pm and 1.30pm. If anyone wishes to join the walk at Edale I am prepared to give them a lift back from Hope station to Edale. 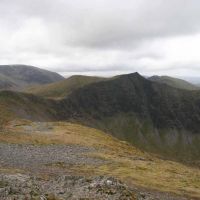 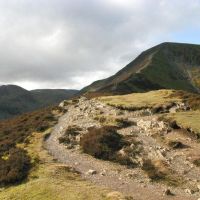 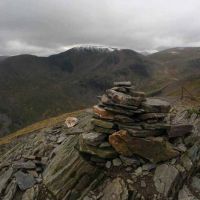