Colin & Craig set off bright and early to the Ben & Coire Na Ciste, and in the words of the brave duo themselves, they have never expended so much energy in not climbing a route, and seldom as much energy on a route.

Colin actually used up so much energy he was actually seen to be running at one point, although it has to be said that he was running away from the mountain and heading for the nearest café in Fort William.

Ann & Bridget also made an early start heading for the Mamores, at the head of Glen Nevis, and the Ring of Steall in search of the Dave Lygate memorial cairns, left by Dave on his previous visit. Unfortunately they found themselves unwitting heroines aiding the rescue of a damsel in distress who had taken a tumble down the hill. The lady in question, Louise Frederick, had fallen about 30 feet suffering from badly dented confidence and mild shoulder damage. Whilst awaiting her walking companions, Mike Wicks and Lillian McDonald, all members of the Heriot Watt University & Queen Margaret College Mountaineering Club, Ann & Bridget helped calm her nerves and comfort her.

After all this excitement the weather once again proved less inviting than the local tea shops and, after the first summit An Gearanach, they too headed down and ran for the comfort of the Nevis sport café. (since the event, the club has been contacted to pass thanks on to the trusty duo, Ed)

Roger & Dave again made an early start, but headed for the Lost Valley Minor Buttress area.

After attempting to climb the routes via the avalanche debris, they found the snow in the gulley petered out and they too headed back down, off the hill.

Although this time much later in the day and in the direction of the hut via the local Spar for provision, the plastic bags not being any where near as substantial as the bags they used to have when the store was a Mace. (What is the world coming to?) Brian & I opted for the more relaxed approach, getting up at our leisure and having a late breakfast at the hut, before strolling across the road to the Kingshouse Hotel and the clag laden Corbett of Beinn a'Chrúlaiste.

After following the military road as far as the Lagangarbh Hut we headed up the west ridge of Beinn a'Chrúlaiste itself onto the plateau summit and the wonderful views across to Glen Etive and Glencoe, all of which looked surprisingly white with white edges and a surprisingly cold wind chill to them, that's Scottish winters for you.

After fighting our way off the summit plateau, missing the obvious ridge descent in the mist, and having to circle around the bottom of the ridge to regain the descent path alongside the burn, we found ourselves back at the Kingshouse sampling the aptly named Nimbus Ale - even in the pub there was no escape from the clag outside.

It had snowed heavily overnight, four foot drifts of snow blocking the access road to the hut and the A82, which was closed to traffic in both directions.

After two hours digging we managed to clear the track enough to enable the cars to get away from the hut.

The A82 was now open in the direction of Glencoe Village, though traffic was not being allowed from Glencoe across the Rannoch Moor, and those heading back today made a dash for it.

Ten minutes after the six other members of the party had left for the arduous nine hour journey home, the doors to the hut burst open and an unfamiliar face appeared seeking refuge from the biting cold winds and driving snow. Close on his heals came his wife who after having been turned back on the Rannoch Moor road had decided to take a short walk up to the Grey Corries Ski Lodge before once more heading back via Oban to their home town of Edinburgh.

Unfortunately the wind blowing into her face had brought on a rather severe asthma attack and she could continue no further. Brian acted as host brewing a very welcome cup of tea for the weary travellers and helping them back on their way.

It has to be said the English being so hospitable to the Scots on their home soil is not well known, especially after such a humiliating defeat at Murreyfield in the Calcutta Cup during last weekends six nations championship, what is the world coming too? The excitement over all that was left to do was to keep the fire burning, sit out the weather and wait for the pub to open.

Unfortunately the weather held out longer than we did, the next two days remaining cold, wet and windy with very poor visibility, so that our only option was to sit out the weather waiting for opening time at the Kingshouse.

That's all that can be said about the weekend's activities but whatever the forecast it is always worth the effort to travel to Scotland. You never know what might occur, be it unexpected blue skies heavy snow fall or the opportunity to rescue fellow walkers either on the hill or in the comfort of a nice warm hut. Let's hope for an even better winter for 2007,

The KMC's Winter Glencoe meet is the club's once in a season opportunity to visit a most incredible & magical area in winter for walking, climbing & skiing. However, such wonders come at a cost, there are only ten places available (Ed. All gone as far as I know, but there may be drop-outs). The hut fee is £5 per night (cheques for £10 total payable to the KMC), check late availability with the leader.

Glencoe is a magnificent place in the winter or the summer, but especially in winter, be it for walking, skiing or climbing. So here are a few of the local areas of interest. The Aonach Eagach, Stob Coire nan Lochan, The lost valley, The Buachaille, Ben Nevis. Plus many, many more including the suggestions above & everything else on the road down south to Glasgow.

Blackrock Cottage is on the access road to Glencoe ski area (White Corries), at the foot of Meall a' Bhuird, about ½ mile south of the main road (A82), about 1½ miles south east of the Kingshouse hotel. Grid reference 267530, OS sheet 41 - Ben Nevis. SMC hut guide - "The hut has 10 beds with mattresses; electric lighting & cooking; microwave oven; utensils provided; coal fire; WC." There is no camping & no dogs allowed in the hut. 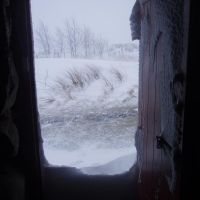 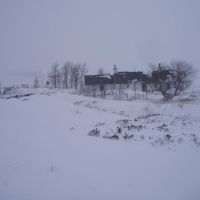 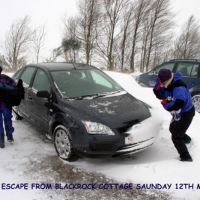 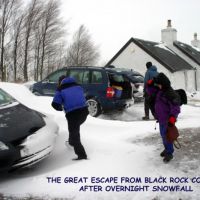 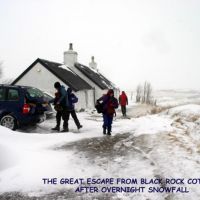 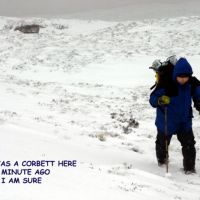 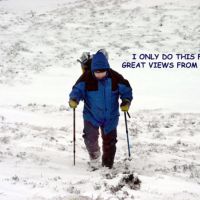 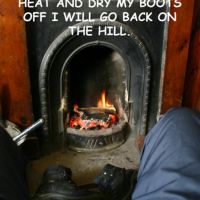 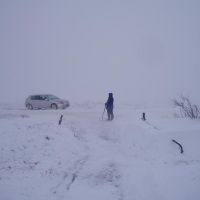 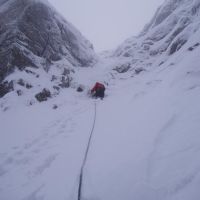 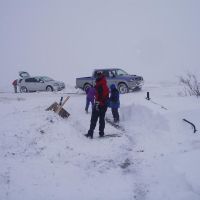