On a grey day it was very nice to see so many turn out for what became a pleasant walk for the time of year.

Setting off at the appointed time of 9:45 we passed through Lyme Park before most of the tourists had crawled out of bed but not too early for the red deer which were totally unconcerned as we strode past.

After passing the hall we began the first of two climbs for the day, the pull up to Bowstones, here a bit of chunnering was heard at the rear – something to do with the speed of ascent but everybody seemed to have recovered by the time we stopped for elevenses overlooking White Nancy to one side and Kinder to the other.

From here we followed the Gritstone Trail to the road before turning back towards the Kettleshulme valley. We dropped steadily down, crossed the bottom of the valley and climbed up to our lunch stop above Windgather where a few parties were enjoying the dry rock. Over lunch Keith educated us about the geology of the area followed by Dave (Wylie) who outlined the composition of the universe.

After that we made good progress over to the really good path along Taxal Edge (unmarked on the map for some reason), then began the second grind of the day up towards Black Hill, but we all made it without any signs of undue stress. The Dipping Stone was passed without comment, after that it was a simple matter of following the good path back to the Moorside Hotel.

Just before the hotel we split into two groups, some opted to climb up to Black Hill to enjoy a few light hearted memories of Len Stubbs, the rest followed the road back to the cars.

Back at the cars we were greeted by Ken who had made the effort to drive up to say hello, it was lovely to be able to wish him a Happy New Year in person.

Many Thanks for everyone who turned out, sorry about the problems crossing the walls etc. near the end.

Seeing as Duncan is visiting the Lancashire area the previous week I have decided that this will be a visit to the Kettleshulme area instead.

At the moment (December) I cannot get out to try this idea out, hopefully I will be able to before the date.

Meet at the small car park below Rocks Farm at SJ 982 832 at 9:30 for a 9:45 start, please note this is a small car park, so please share cars and park sensibly. If you are unlucky and the car park is full, there is roadside parking about half a mile away below the hotel at roughly SJ 981 822.

The route will be East Lodge, Lyme Hall, Bow Stones, Gritstone Trail to the road at SJ 970 792. From here left down the road to Charles Head, then Summer Close, Crabtree Farm, Tunstead Knoll Farm and Fivelane ends before climbing up to Taxal Edge. This will lead to the road at SJ988 800, cross this and follow road, track and path to the Dipping Stone, then head West back to the hotel.

From the hotel the road leads back to the start, personally I will be climbing up to Black Hill to spend a minute or so with Len before dropping down to Rocks Farm.

The distance should be 11-12 miles, there isn't a best map as it is on the edge of the Dark Peak and the White Peak. 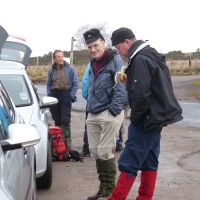 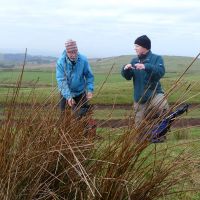 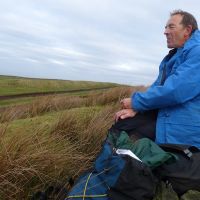 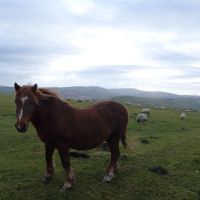 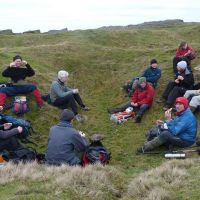 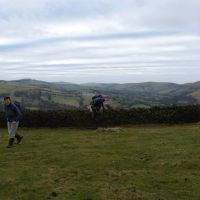 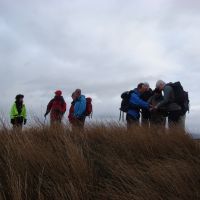 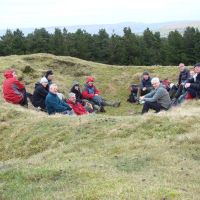