With all the heavy snow, climbing was off the agenda, and munro-bagging on the cards. The four of us set off for Derry Cairngorm. Great walking to Derry Lodge, with us being the first to break trail in the pristine snow. From Carn Crom (890m) we were exposed to the wind, which increased to hurricane-force as we reached the summit of Derry Cairngorm at 1155m. Returning by the same route, the final kilometres from Derry Lodge were in the dark, but thankfully sheltered from the wind!

Bob and Gareth were up at 6am to make a round of Lochnagar (1155m) and Carn a Choire Bhoidheach (1110m) from the Spittal of Glenmuick. The rest of the group had a more leisurely (sensible?) start, making a round of The Cairnwell (933m), Carn a Gheoidh (975m) and Carn Aosda (917m) from the Glenshee Ski centre. Meanwhile, from Carn a Choire Bhoidheach, Bob commented that Carn an t-Sagairt Mor (1047m) didn't look far away. So, from that summit, it was swiftly decided to bag Cairn Bannoch (1012m) and Broad Cairn (998m) before the long walk out, along Loch Muick in the dark. All enjoyed the day's weather, which was much improved when compared to the previous day's storms.

Sunday was another good day weather-wise, but the avalanche risk remained too high to climb. Jo Sayers and Mark Furniss popped into Muir Cottage to say hello. James, Nick and Sara opted for a day's downhill skiing at Glen Shee, taking a lesson in the morning. Al and Trish were undecided between skiing and walking. Andy and Gareth made an ascent of Glas Maol (1068m) and Creag Leacach (987m) from the ski-centre car park, passing a couple who'd lost a pair of spectacles. On the return, Andy found said spectacles, and we were able to return them to their owner at the car park.

Al and Trish later reported back on an extended stay: Sunday afternoon - walked up Glen Lui to Derry Lodge - Luibeg bridge - back along Glen Dee. Monday - Snowed in the morning and did another afternoon walk to Cairn Laith (818m). Tuesday - Skiing at Glen Shee, excellent snow on the pistes.

All had a good weekend, if disappointed at the lack of climbing. However, on return to home, the SAIS blog posting from Saturday showed photographs of fresh avalanche debris on Lochnagar, suggesting that we'd made the right decision in the end.

Muir cottage, a splendid hut located about 8km west of Braemar and near Linn of Dee, see http://www.cairngormclub.org.uk/muircottage/muircottage.htm. The club has six beds reserved for the Friday and Saturday nights at £10 pppn but may be able to arrange more if needed. At least two of us plan to travel up on Thursday night after work.

Something to suit all: winter Munro bagging (access to the southern Cairngorms and plenty of others), skiing (downhill at Glen Shee or ski-touring elsewhere), winter climbing at the classic Lochnagar (and plenty of others). For the winter novice, Carn Aosda and The Cairnwell, two of the easiest Munros, are within reach.

Let me know if you'd like a place at Muir Cottage, Gareth. 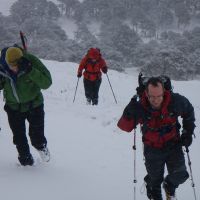 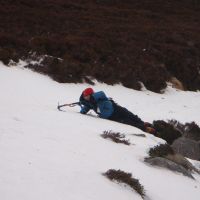 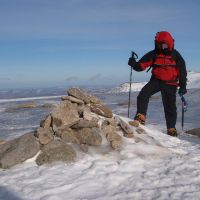 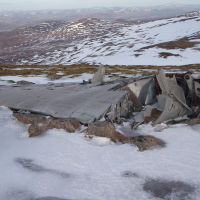 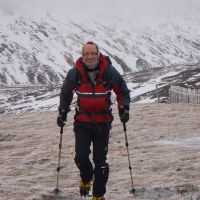