Despite enthusiastic phone calls from a couple of people during the weeks preceding the meet I headed north into the wind and rain fully expecting to be the only one there but once again I had underestimated the exuberance of others. No sooner had I parked the van than the keen team of Simon and Tom arrived. “Outdoor climbing virgins” chaperoned by Colin and undaunted by the weather. Simon had even managed to borrow a fancy looking helmet cam from work to record the spectacle; sadly subsequent doubts about whether or not the camera was waterproof meant that only half the days entertainment was filmed in the end.

Having squelched up to the slate grey sodden crag one route looked marginally drier than the rest so suitably inspired we retreated to the shelter provided by a convenient overhang and geared up. Colin then quickly put a rope up West Coast (Diff) and the boys lost their “virginity”. As this was going on Gareth came running up to the crag, looked amazed that anyone was climbing and quickly tied on around the waist to follow the route in his fell shoes; his footwear of choice for the rest of the day because it never seemed worth going back to the car for his climbing gear. Interspersed between all this was a text message conversation with Wavey during which rain and wet rock were mentioned but the response was still “Be with you in about an hour.”

This meant that we had to do another route so I put a rope up Wings (Vdiff *), which proved to be a bit trickier for the boys. There was still no sign of Dave who was battling puzzling roadworks that had sprung up in the village so we moved to Ape buttress for more slithering around on wet rock. Colin led the athletic Gorilla Berengii (HS 4C *) which was enjoyed by everyone and was the scene of some quality grunting, especially from Tom. We then top roped the incredibly slippy Gorilla, Gorilla (VS 4C **) that became harder as more mud was transferred from the base of the crag to the crucial foothold on the lip of the roof. Again this was the scene of lots of grunting which probably helped to guide Dave and Ding through the mist to finally get to touch rock coated in water. In between the entertainment Gareth and Dave soled Chimp (HS 4C *) and I put a rope up Lemurs Tail (HS 4C *) which everyone else followed to round off an enjoyable but soggy day out.

Thanks to everyone who came along and helped to turn a thoroughly miserable looking wet day into a most enjoyable one.

Hutton Roof (GR 565782), for those of you who haven't been, is a fine little limestone crag not far from junction 36 of the M6. The rock is excellent, if a bit polished on the first move or two of the odd route and the short nature of the climbs (max 9metres) means that they can either be done on a rope or as highball boulder problems. The first few moves on most of the routes are generally the crux, which also helps. Whatever style you choose there are some good routes (VDiff to E1) in a very pleasant location that is relatively sheltered and should catch any sun that is going. 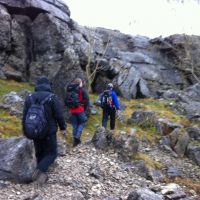 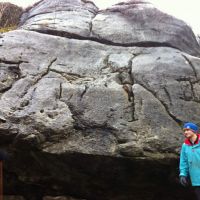 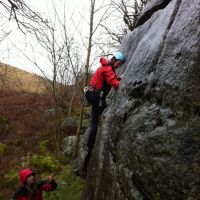 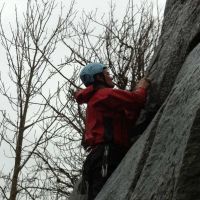 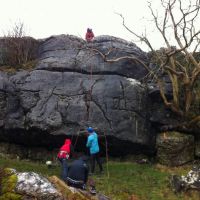 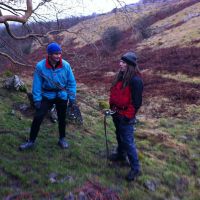 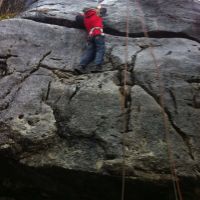 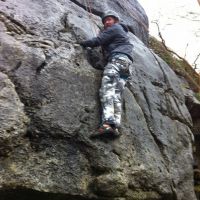 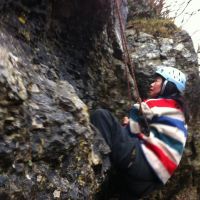