A small but select group came on this joint meet with our Skipton-based kindred club, the Craven Mountaineering Club. Despite variable weather, everyone had a good weekend climbing, walking and socialising.

An advance party comprising Dave B and John arrived in Snowdonia on Thursday afternoon in time to go to Tremadog and climb Christmas Curry/Micah Finish (HS 4b) on Craig Bwlch y Moch before heading on to Ty Powdwr. They returned to Tremadog on Friday to climb Poor Man's Peuterey (S) on Craig Pant Ifan before the rain came in, giving occasion to call in at Eric’s Café (still up for sale) where they were served by Eric Jones himself. Everyone else joined them at Ty Powdwr on the Friday evening.

The weather didn’t look too promising first thing on Saturday, but brightened up later in the morning. Encouraged by this improvement, Dave B and John drove up the Llanberis Pass but decided to continue to Tremadog (again!), revisiting Craig Bwlch y Moch to climb another classic route, One Step in the Clouds (VS 4c), before it rained as on the previous day.

Meanwhile the KMC contingent stopped off at Clogwyn y Grochan in the Pass. Carolyn and James climbed Spectre (HVS 5a), while Ding and Daves D and S climbed Phantom Rib (VS 4c), the first pitches of which seemed quite awkward! The weather turned from a mix of sun and dark cloud to rain just as team ‘D’ finished Phantom Rib and abseiled off behind James and Carolyn. After sheltering in a recess at the base of the crag to eat a late lunch, all returned to the hut.

Dick and Barbara on the other hand went for a walk round Llyn Padarn, via Padarn Country Park, Fachwen, the slate quarries on the slopes of Cefn Du above Llanberis, then down and round the SE end of Llyn Padarn, and up through the Vivian Slate Quarries back to Ty Powdwr. A relaxed and sociable evening followed with everyone back at the hut.

Sunday started in a showery manner, so Ding led us in some yogic stretching exercises as an indoor warm-up. The KMC group then went for a short walk over Moel Smytho above Waunfawr; we left the viewpoint on Braich Moel Smytho to reach the summit of Moel Smytho (343 m), then headed down to the neighbouring forest to the SE, where we found (we think) the remains of an old stone chapel and the ancient well known as Ffynnon Garmon and ate lunch, then headed back over Moel Smytho to the viewpoint parking spot. This was followed by a tour of Llanberis gear shops and a visit to Pete’s Eats.

Meanwhile Dick and Barbara headed for home via a scenic route, stopping for an archaeological walk at Llyn Brenig on the Denbigh Moors between Betws-y-Coed and the Clwydian Hills, taking in the reservoir and some interesting Stone and Bronze Age sites as well as a more recent summer pasture settlement. Dave B and John headed back to Yorkshire more directly but were caught in heavy traffic!

Come along to a hut meet with our Skipton-based kindred club Craven MC! This is in fact our third joint meet together, the last one being in January 2009 when a good, if gale-blown time appears to have been had by all.

As ever our hut serves as a great base for mountain adventures in Snowdonia. For the rock climbers there are classic routes in the Llanberis Pass, test pieces (bolted and unbolted) in the slate quarries, testing multi-pitch routes on mountain crags such as Cloggy or easier (though possibly busier) days out on the Idwal Slabs or Milestone Buttress – or there’s always the low-lying Tremadog nearer the coast if the weather isn’t looking so promising. And there’s classic walking on the Carneddau, Glyderau and Snowdon massif, as well as scrambling on Crib Goch, or perhaps Tryfan followed by Bristly Ridge… and a whole range of more esoteric gems besides.

Exact plans will no doubt be decided at the time according to weather, ambition and inclination but this is a great opportunity to have a couple of great days out on the hills, meet some new people and experience more of the delights of Snowdonia with our Yorkshire friends.

I’m planning to be at the hut from Friday mid-evening so I hope to see you there! 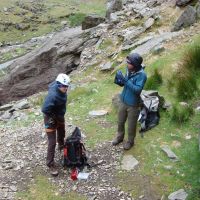 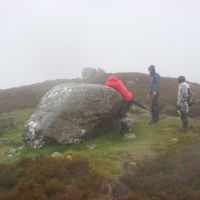 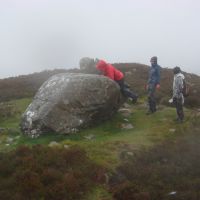 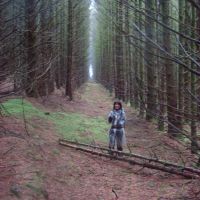 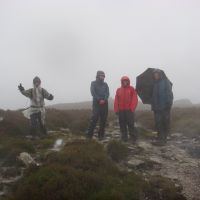