Most of the party assembled at the hut on Friday evening. The forecast was bleak, but the leader was pressed to lay down a challenge...1000ft of climbing and a 3000ft summit.

Saturday was very wet and windy. So the old guard headed for the mountains, intent on Direct Route on the Milestone Buttress and Grooved Arete on the East Face of Tryfan.

Dave kicked off up the wet, shinny holds of the first pitch. A whirlwind tracked its way across Llyn Ogwen. The rain started in earnest as Jim led pitch two and that was pretty much as bad as it got... well, until it got worse that is! Above, the wind blew the adjacent waterfall into the chimney of pitch 3; but cunning bridging diverted it along my boot and out in the direction of the belayer.

There was a brief respite in the rain as we walked between climbs, but it came back in full vigour as we headed up Grooved Arete and the wind continued unabated. But at least the water in the handholds felt warm; or perhaps our hands were just cold. At the top, Jim gave me a big hug, which would have been worrying accept that he was trying to prevent me from being blown over the edge! So to the summit and down; the challenge met, with an extra 100ft of climbing to boot. To live the experience, see the video section of the website.

The rest of the crew had taken a Kelly’s tour to the Lleyn Peninsula, where they braved wind, rain, mud and brambles to reach their two summits. Questioned later, they declared their high point to be just over 600 meters and were thus immediately disqualified for climbing in metric on an imperial meet.

Later, we were delighted by the arrival of Roger Dyke, who regaled us long into the evening with tales of septic tanks from the days of yore to the modern era.

Sunday came and the forecast was better, but the weather couldn’t make its mind up... and neither could the assembled crew. The meet leader’s suggestion of something traditional up the Pass fell on deaf ears. But eventually, Roger ‘Slate Head’ Dyke, led us to a little known area of the quarries. Then the leader led the team to somewhere we could actually climb something. But not before summersaults on Dyke’s improvised gym, manufactured from a metal bar and a borehole.

With Dali’s Hole out of bounds these days, other areas of the quarries are receiving more attention and Never Never Land, where we found ourselves, has some worthwhile routes old and new. Again, it was very windy, coming in disconcerting gusts, but between light showers half a dozen routes were done, of which Hawk Eye F5+, Fresh Air F6a, Zeus F6a+ and Titan F4+ were the best. James and Jim had fun trying to follow Carolyn on Zeus in the wet. Hawk Eye was a bit reachy for the small, but Ding solved the problem by standing on one bolt with her finger through the next (A2 surely)!

Meanwhile, Bob and Ashton had headed off early to Ogwen, where they found Tryfan and the Glyders free of cloud and headed up the north ridge of Tryfan and over the top. The strong wind made it hard going, but they carried on down to Bwlch Tryfan and up Bristly Ridge. By now though the wind was really bad and heavy rain had set in, so they turned their backs to it and headed down towards Llyn Caseg, back through the Bwlch and on down via Llyn Bochlwyd.

Thanks to the hardy few.

So you might as well come to Wales and make an old man very happy.

Following the sure and certain success of the Cloggy meet (9th/10th July – don’t forget), a second opportunity is being offered to savour the delights of Welsh mountaineering, for the benefit of:

Ditto for scrambling or walking. So get your maps and guides out. The meet leader will propose objectives appropriate to the weather and may even lay down a challenge. A thousand foot of climbing and two 3000ft summits in a day, for example (easy peasy). Come and see what I come up with. Or you can just do your own thing.

Important thing is to get your backsides down to Wales and enjoy the comforts of Ty Powdwr, the delights of the mountains on its doorstep and the company of your companions (who I will expect to be plentiful).

Double or even triple booking yourself will not be accepted as an excuse – Vicky to note.

Hope to see a good crowd. 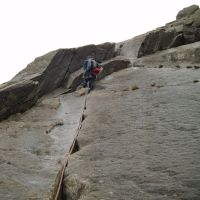 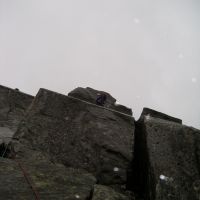 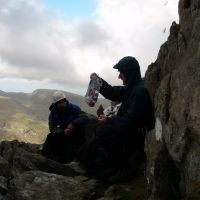 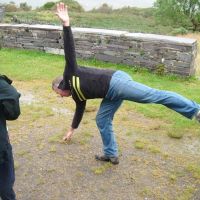 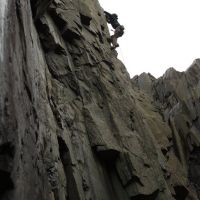 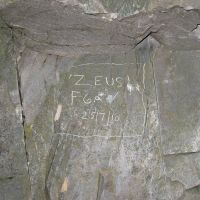 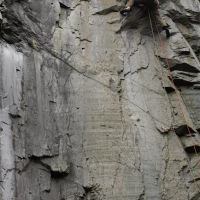 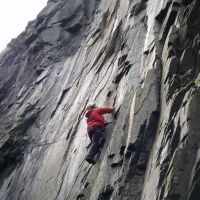 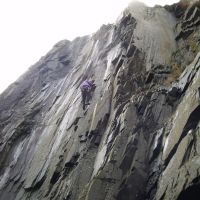 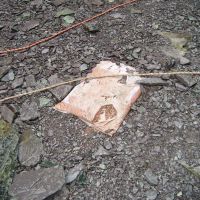 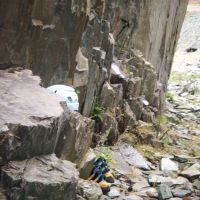 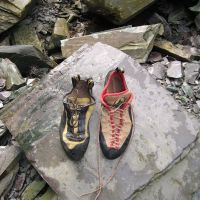 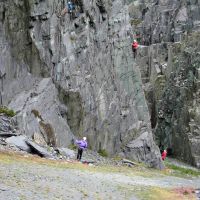 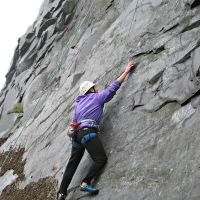 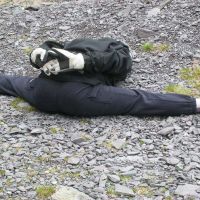 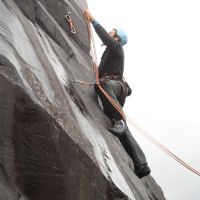 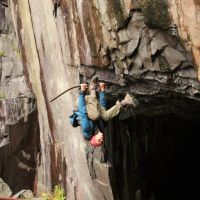 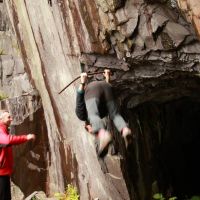 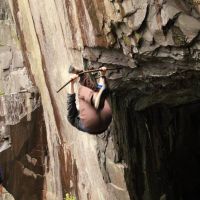