A rare weekend in the diary without a KMC meet. That could only mean one thing....fantastic weather...well on the sunday anyway! An impromptu meet arranged via the KMC 'scribble' page was mooted on thursday with a great turnout for such short notice. As there was no Stanage meet in the club diary, a trip there was in the offing with Gareth Williams promising an attempt on Flying Buttress Direct (E1 xx)

I don't have details of who seconded up the routes. Leaders were as follows although not all routes were recorded:

Gareth did attempt Flying Buttress Direct (E1 5b), watched by a bit of a crowd, and got off the slab, onto the ledges - heel hooks and all - but couldn't quite pull through. Several falls on his gear later and he called it day - abbing down for the gear.

This was a very good example of how well the new 'scribble' page is working for organising things at short notice - a huge advantage considering the changeable weather. I would urge people to consider using it more - it seems especially useful if you have mobile email or are often by a computer and you switch the auto email option on as well. 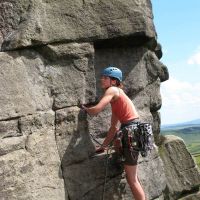 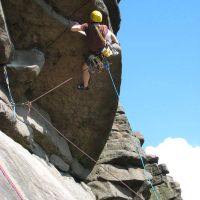 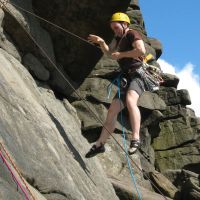 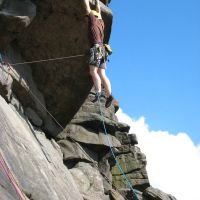 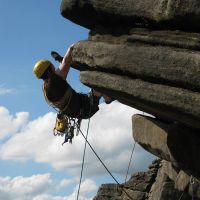 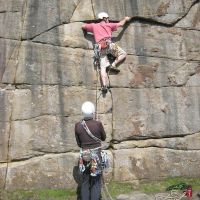 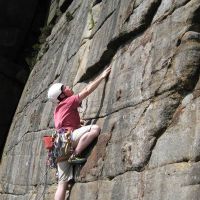 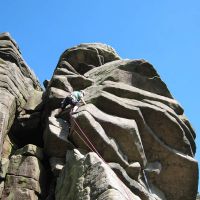 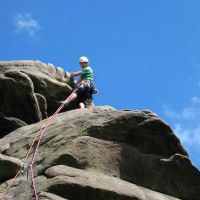 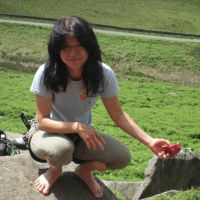 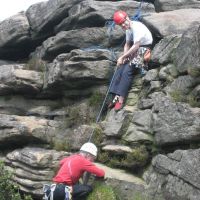 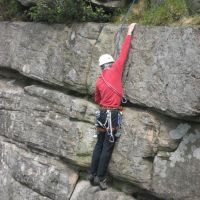