Daring Deeds of Particular Note (above and beyond the normal daring deeds like gear shopping*): Scott's waltz up Left Wall. Trish's plan to "just" scramble up Cloggy. Emily's choice of Gogarth for her first abseil. Steve H's cycle to the Hut from Northwich over the pass. Kevin's first lead without the aid of a helicopter. Richard's ascent of Crackstone Rib. Jenny and the swimming song. Graham's amazing flying diablo. Shaun's run from the hut over the Glyders into Ogwyn and back. Rob's unusual dormouse impression. Julie's impressive knowledge of alcoholic mixtures. John's attack on the loos in tasteful yellow gloves.

* Gear Shopping: Doing a route because of the seductive glint from someone else's high point. 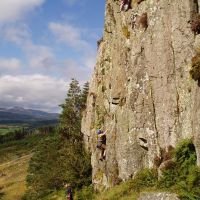 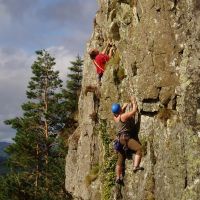 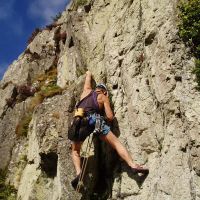 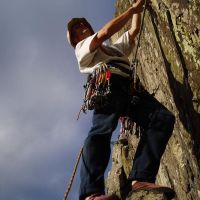 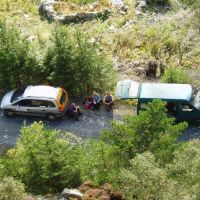 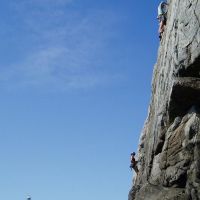 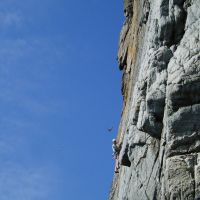