Friday was the travel day
Down to Dorset, off to play
Campsite at Fleet, amazing view
Not many campers, only a few

Chesil Beach, natural pebble bank 18 miles long
On to Portland, loads of climbing areas, you can’t go wrong
Explored Cheyne Weares area then to the pub for a beer
On to Portland Bill light house, didn’t go in, it was dear

Drove to Weymouth to the razzmatazz
Then to Bowlees cove, more tourists and all that jazz
In the evening off to the pub, 16th Century Elm tree Inn
An old mast for a beam where a fisherman was hung for committing a sin

Sunday, Gareth went for a quick swim at the local pool
Not the one at the campsite, although that was cool
Off to Lulworth Cove, beautiful place, sandwich of crab
Boat ride round the coast, Durdle door, geology is fab

Back to Weymouth to the museum of sculpture from sand
Dr Who, Royal Family, 1D, The Beatles all on hand
Portland sculpture park, things made from rock
In an old quarry, all for free, with a view down on to Portland dock

Evening drive to other end of Chesil Beach
Where the pebbles are tiny, the sea easy to reach
Back to the campsite with showers controlled by auto touch
Plugs for hairdryers and straightners, the stay didn’t cost much

Up early, tent packed up and off we go
To Lulworth Cove to learn how to row
Wetsuits on, Kayak ready and off to sea with our guide Dan
Round the coast, eating seaweed, learning about the geology all part of the plan

We saw fossils in the cliffs, a dragon and rock formations all in easy reach
Gareth swam through a rock tunnel and we had a kayak launch from the beach
Such an amazing experience, Gareth would like a Kayak as his new toy
Much better than a motorbike and would bring Lucie much joy

Dorset is a great place with lots of things to do
A walk all the way round Portland, swimming, boats, to name only a few
Not to mention loads of climbing, great places to stay and the sea
Come with us for a week next year, all of you at the KM C!

From the Rockfax "Dorset" guide: "Jutting out into the English Channel, the Isle of Portland is one of the United Kingdom's most recognisable coastal features, its only link to the mainland being via the narrow pebble strip of Chesil Beach. Portland is part of the Jurasic Coast World Heritage Coastline, however, in the climbing world, Portland's famous white cliffs are better known as Britain's biggest and best sport climbing destination."

There is a wide variety of accommodation in the area, including Sea Barn Farm campsite, www.seabarnfarm.co.uk, which is where I will be staying (I've now booked). Please make your own accommodation booking, noting that the club is not making reservations on behalf of members at Sea Barn Farm. Their website advises early booking is essential, and prices are £16 per night for two people sharing a tent and car. There are plenty of other accommodation options nearby if camping isn't your thing.

The Rockfax guide continues: "Either sun or shade can almost always be found, and, unlike most sea cliffs, tides are not such a big concern here, with only a few sections being affected. The majority of the routes are well bolted with long life staples throughout, so it is possible for climbers to push their grade to the limit without too much in the way of fear."

There are cliffs facing to the East and others facing to the West, so that shelter can be sought from a variety of wind directions. Grades range from F2 upwards. I don't have first-hand knowledge of the climbing, but after a bit of time spent with the guidebook, I'm really impressed with the spread of grades, especially the number and quality of routes in the lower grades. It appears that it'd be quite possible to spend a full morning climbing decent routes (including a pair of F3's, one with 3 stars, the other in the Rockfax Top 50) without needing to climb above F5+, and if you want additional amenable grades in the afternoon, there's more of them not far away. There's plenty for the intermediate and more advanced sport climber too, with line after line of routes in the 6's and 7's. In particular, the Reptile Smile area hosts four Rockfax Top 50 routes on the same cliff, and the grades of these four routes are F5, F6a+, F6c, F7a+. There seems not to be much trad, but the guidebook does list the occasional line without bolts, so if clip-ups aren't your thing, then bring your rack too.

It's a bit of a journey to reach the area (about 5 hours from Manchester), so to make the most of the trip I aim to arrive in good time on the Friday, and will be leaving after a reasonable day's climbing on the Monday. For members who don't wish to travel so far for a weekend meet, please feel free to use the Scribble page of the club website to arrange local alternatives. 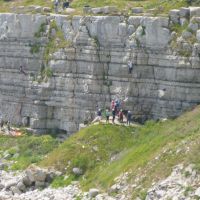 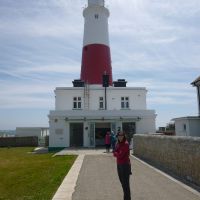 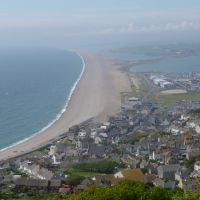 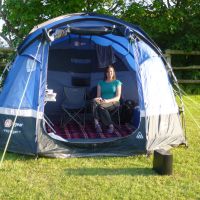