What a cracking meet. The sunshine, ordered well in advance, arrived earlier in the week and stayed for the whole meet. Lots of newcomers made the day a real success - we welcomed Ben, Chris, Alex, Don, Alice, Carl, Amy, Mira and Pete to the fray.

Stanage was packed and we made a slow move left from an enormous group of students on top rope at our planned meeting point. Everyone climbed loads of routes and Andy was left eking out the final drips of sunshine as the afternoon wore on and the midgies approached.

Those of you who didn't make the meet missed out on Andy's usual witty repartee. Notably reference to the meet leader's 'chicken leg' (leg that was operated on and now has no meat on it). Apparently, now a 'Hybrid Bird'. Charming! The meet did not fail to entertain and I think a great day was had by all.

Routes, in summary: Geri led Oblique Crack (S 4a) Reintroducing herself to leading after a long time off. Excellently led with Emily on the belay and Amy on second, showing great skill on only her second day out on grit.

Dave Shotton led Crack and Corner (S 4b) with Alex. Then led Right Hand Trinity with Jim and Mira. Jim led Narrow Buttress, followed up by Mira and Dave. Jim then moved on, starting to solo right hand trinity hoping for a belayer to jump on before he reached the crux. He was in luck - Dave Shotton jumped in.

Amy hung out with Andy for most of the day and they did LOADS of routes.

James and Jared started on Flying Buttress Direct. James then fell off the Tippler and made a comeback completing the route. Jared made several attempts on the Link unsuccessfully - the direct from Congo Corner - mostly hanging around upside down. He was beaten again by Saliva. Moved across to Morrisons Redoux and Mississippi variant direct. E1

Poor Jared finished on Agony Crack, during which time James looked incredibly tired, claiming he was too tired to continue and later stating 'my toes were hurting, I been crushing hard!'

Thanks for a great meet, everyone who attended.

Confirmation:  If weather is good, meet at Popular End Car Park at 10am.  Watch Scribble if the weather looks iffy.

Come along to our summer Stanage meet. A popular crag with oodles of character and characters.

We will meet around Mantelpiece Buttress and possibly move left as the day progresses depending on the desires of whoever turns up. Given the relative immobility of the meet leader this is the easiest place she could find in the guidebook for an easy ascent/ descent if anyone fancies having a top rope set up!  Emily will be providing encouragement and good chatter to newcomers and oldcomers.  All are very welcome.

Newcomers are advised that you need to be able to tie in and belay and have your own gear. Check out the newcomers tab on the website for more info. If anything isn't clear after that, drop us an email.

Meet leader will be at the popular end car park for 10am - earlier if the weather is sunny - if you'd like to meet before walking up - she may need some help carrying gear, so a few hands would be appreciated. 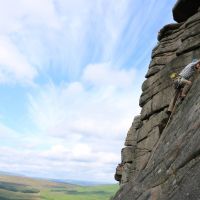 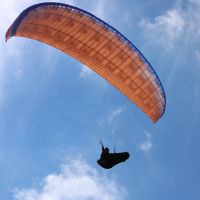 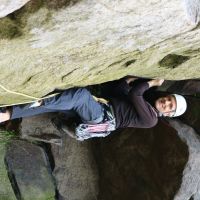 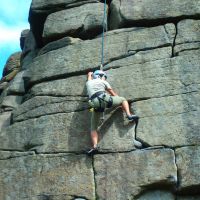 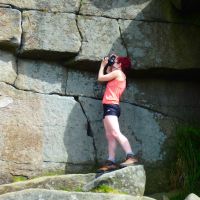 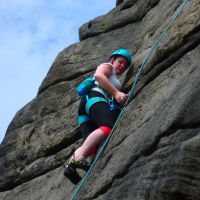