This proved to be a successful and productive working meet with a relatively small but effective turnout. We were blessed with fine weather on both the Saturday and Sunday, which led to more work being done outside than originally expected!

Friday
John had in fact already arrived on Wednesday for an early start on strimming and other jobs. However most of the other attendees arrived at the hut on Friday, either during the day or the evening. These included Iain who spent a night at the hut for the first time in some years!

Saturday
Although many of the jobs on the list were inside the hut, the fine weather and the arrival of Jo and Mark at the start of the morning’s work meant that their professional tree surgery skills could be put to good use for the rest of the day! They set to and pruned the overhanging trees (including a rather recalcitrant hawthorn) by the track at the approach to the Ty Powdwr compound (for easier access by commercial wagons and other high vehicles), as well as the ash tree at the bottom of the field below TP which had obscured the view from the kitchen window – this is no longer the case, so Holyhead Mountain can now be seen in all its glory during breakfast (weather permitting)! They also put in a great deal of effort thinning the conifers in the planted wood near the lounge end of the hut, enthusiastically assisted by Andy who was eager to try out the tree climbing spurs! Geri, Lester and Dave Shotton also helped with clearing lopped branches and sawn logs.

John did a very thorough job of dismantling, cleaning and servicing the remarkably long-lived Mira shower valve for the gents’ shower – despite John’s description of this as ‘an adventure into the unknown’, the shower is now in full working order at minimum cost (£21.60) for a service pack containing essentials such as new O rings!

John also strimmed the hut yard and parking areas, and the track all the way to the Padarn Park gate, though not all on the Saturday. During his stay John also checked, counted and changed all the pillow cases, and arranged for a batch to be washed, dried and ironed at the local laundry.

Geri did an excellent job cleaning the kitchen – fridges, hobs, cooker, stainless steel worktops and floors – as well as male and female toilets and the kitchen and lounge windows, and more besides!

Dave Wylie tidied up the plasterboard around the ventilation ducts in the kitchen going through to the ground floor dorms, applying scrim tape and plaster for a very neat job.

Dave Shotton carried out an inspection (with photographic record) of the exterior window frames and doors in anticipation of a repair and repainting programme – with one or two exceptions, most of the window frames are in reasonable condition.

The Ladies Luncheon Club will be pleased to know that Andy and Geri applied frosted window film to the main (lower) section of the female toilet window – an intricate but ultimately very tidy job!

Please note that the shower in the ladies’ toilet has recently lost its grab rail and some surrounding tiles due to weakening of the said tiles and underlying plasterboard through water ingress (for full details ask John!). The damaged area had already been protected with black plastic bin bags and gaffer tape (neater than it sounds!) – however a full repair will be quite time-consuming and wasn’t possible at the Working Meet, although a notice was affixed explaining that a repair was in hand.

Various other jobs kept everyone busy, including cleaning the outer porch to the dorm hall/stairwell, tidying the KMC refuse bin area on the road, and clearing out the cross drain on the track near the middle gate. Standard checks of consumables, lights, toilet flushes, shower outflows, septic tank level etc were also made. A few jobs were however left for a later date.

Iain provided tea breaks and an excellent lunch with home-made soup and a cheese selection, before returning home later on Saturday.

Sunday
Andy, Geri and Dave Wylie went to recce Black Ladders from Bethesda for a planned winter ascent by Andy.

John carried on strimming the track.

Dave Shotton and Lester were joined at the hut at about 11am by Roger Dyke (who had spent the Saturday carrying out work on Anglesey). They all went for a pleasant walk around Llyn Padarn, via the Padarn woods and a circuitous route around Fachwen (passing the Cae Mabon eco retreat centre and its impressive giant eucalyptus tree, and admiring the Halloween decorations on the Cei Llydan station platform on the Llanberis Lake Railway). They continued round the lake, and stopped in Llanberis to look in gear shops and have refreshments at the Pantri tea shop; they also greeted Jo and Mark driving through Llanberis in their van, having earlier headed for breakfast at the Caban Cafe in Brynrefail. Dave, Lester and Roger then headed back up to Ty Powdwr via the Anglesey Barracks, and Roger then headed back to Rhoscolyn.

Most people went home later on Sunday, apart from Lester, John and Dave Shotton who stayed over until Monday.

Thanks to all who came and made the Working Meet a success – your hard work was much appreciated!

The usual Working Meet arrangements apply – a day’s work on the hut on the Saturday in return for free weekend accommodation, with Sunday free to do as you wish – a hearty lunch is expected to be provided on the Saturday as well! All members and prospective members welcome, work available for all levels of technical ability – the more the merrier so please come and support your club hut!

I’ll be at the hut from Friday evening. It’s always useful to have an idea of numbers for job allocation and catering arrangements so if possible please let me know if you are planning on coming along.


(Above list subject to amendments and additions nearer the time, and certain items will depend on technical expertise of participants.) 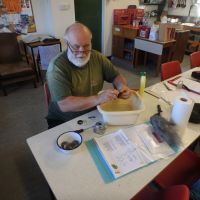 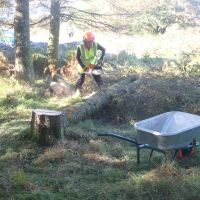 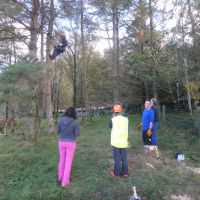 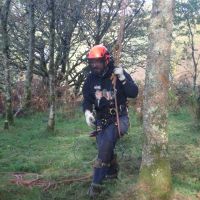 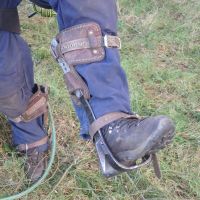 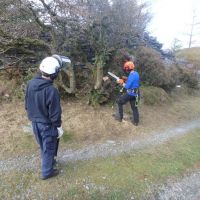 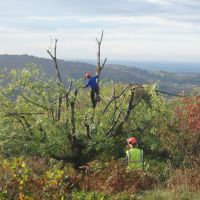 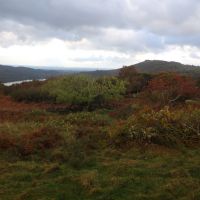 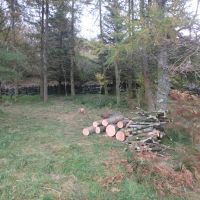 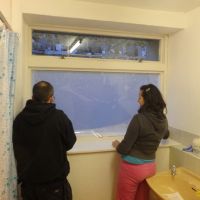 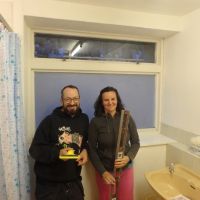 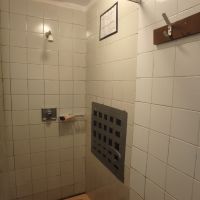 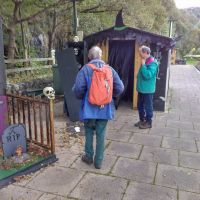 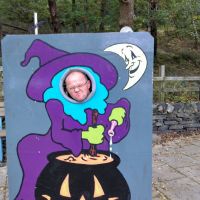