Due to an unexpected fall of snow on the Friday, not all those planning to attend were able to reach Ty Powdwr, or indeed leave their homes, over the weekend!

Sandro and Joe were the only ones to arrive on the Friday. Dave Dillon acted as chauffeur for Emily (on crutches while recovering from knee surgery), Jasmine and Danny, arriving during the day on Saturday. Laura and Dave Shotton left Manchester on Saturday afternoon and arrived about 5.30pm.

Meanwhile Sandro and Joe spent Saturday in an ascent of Cnicht.

Everyone at the hut attended the BMC & Womenclimb's ‘We Do Adventure’ film show at the Electric Mountain visitor centre on Saturday evening. 17 short films were shown from the Women in Adventure film competition 2016 in this event, which also raised funds for Climbers Against Cancer. Our own Emily Pitts presented the films, including a raffle prize draw, and was joined on stage by various of the film makers and subjects, including mountain runner Kate Worthington (profiled in ‘Women in Adventure – Kate Worthington’), Hannah Price of ‘London to the Lost World’, and Sandro, who had co-made the ice-climbing film ‘Vicki Warke – My Cathedral’. The films, many of them inspiring and covering a range of subjects relating to outdoor sports and activities, can be seen at
http://tv.thebmc.co.uk/videos/?channel=women-in-mountain-adventure-film-competition

Afterwards most people went back to the hut, but Laura, Dave S and Danny went for a pint or three at The Heights, which was hosting an aftershow party featuring live music, with various of the film makers in attendance. The partying possibly contributed to them taking a scenic and rather long route on the walk back up to Ty Powdwr, where they ate some of Laura’s delicious birthday carrot cake after arriving back in the early hours!

On Sunday, which started dry but didn’t stay that way, Laura, Danny and Dave S, inspired by the previous evening’s ‘London to the Lost World’ film, went into the Dinorwic slate quarries to have a recce of some of the features of the Snakes & Ladders chain/tunnels/ladders exploration route. They went through a couple of tunnels from Dali’s Hole and found the chain in California, but didn’t go up it or indeed up any ladders; they then walked back through the tunnels and along the main track to go up the slate incline (beyond Twll Mawr) in the SE of the quarries, to the winding house and the ‘Bridge of Death’ railway track (now collapsed), then walked back down the same way, while light snow started to fall. They left TP after lunch.

Meanwhile Emily, Jasmine and Dave D left on Sunday morning to get back to Manchester. Sandro and Joe set out to climb up Elidir Fawr, but gave up due to weather, so had a look round the slate quarries instead.

Please note that this meet replaces the Peak District walk on Sunday 6th March as originally listed. To coincide with the Llanberis Mountain Film Festival (LLAMFF) running from Friday 4th to Sunday 6th March, this is now a freeform meet based at the club hut Ty Powdwr.

LLAMFF was started in 2002 and runs across a number of venues in and around Llanberis, including Electric Mountain (Llanberis), Beacon Climbing Centre (Caernarfon) and Caban Cyf (Brynrefail). The film and lecture programme will run from 18:00 to 22:30 daily. Seats for any showing or lectures can be booked directly through the events listings on the festival website at http://www.llamff.co.uk/events/ or purchased from partner retail outlets (which seem to include Joe Brown, V12 Outdoor, Electric Mountain and The Heights). There is also a thriving fringe festival (featuring photography workshops, history walks, and a Llanberis Mountain Rescue team outdoor kit boot fair) alongside the main events.

Highlights include We Do Adventure (Climbers Against Cancer fundraiser) showcasing the BMC Women in Adventure film submissions in conjunction with Womenclimb (courtesy of our very own Emily Pitts) on Saturday 7pm @ Electric Mountain, which you are definitely encouraged to attend (advance booking advisable).

Speakers over the weekend include Kenton Cool (Friday), Heather Geluk (Saturday), Leo Houlding (Saturday) and Ash Dykes talking about his solo trek across Mongolia (Sunday). Films include ‘Sherpa’ (Friday, Saturday & Sunday) and others.

I probably won’t be doing too much organising and you will be free to attend whichever events you prefer (or else go out climbing, scrambling or walking etc)! 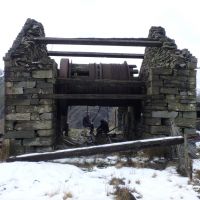 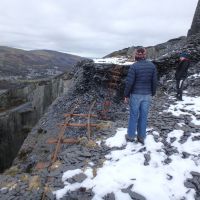