The hostess with the mostest: Vicky Alderton

Sadly the hoped for low cloud, drizzle and poor visibility failed to materialise thus easing the day’s navigation challenge somewhat but in true KMC tradition not many of the hardy souls that ventured out managed to take the shortest line, but more on that later. Mind you they had all managed to find the start line despite me putting the wrong postcode in the newsletter.

After a delayed start (we waited 5 minutes just in case) most of the walkers set forth towards checkpoint 1 at The Plunge and were followed 13 minutes later by George who strolled stylishly after them. As all this was going on, the assembled 40 and 50 something’s were eyeing up the competition when, to their collective dismay, in sauntered the whippet thin youthful Clay.

Due to my lax time keeping the runners set off at 11.08 and soon disappeared from sight, thus all other observations about the race are from the snippets garnered from the valiant checkpoint marshals and the runners, 6 of whom stormed through Plunge in the space of 2 minutes. Alan and Chris reported that all bar Al then forded the stream and flogged off uphill towards the summit of Whittle Pike where their task was to learn the name on the memorial plaque (a ploy to guarantee that no one would contemplate the unsporting option of running up the road.) From there on there were various route finding options to get out to checkpoint 2 on the summit of Knowl Hill where Clay and Liam arrived neck and neck with the rest of the pack in relatively close pursuit. Roger, ever the gentleman, found time to stop and give Ivy and Sue a hug. Craig took the opportunity to overtake him.

Still neck and neck Liam and Clay arrived at checkpoint 3, the top of Cowpe Lowe, to find Colin marking his territory. Thankfully he had made himself decent by the time anyone else arrived and sent me regular texts to let me know of the races progress and the fact that Jim arrived from completely the opposite direction to anyone else! Well someone had to maintain the clubs navigationally challenged standards. The last leg back to the finish certainly tested everyone’s map reading and mind reading abilities as they battled through a maze of paths marked on the map but not always on the ground. Fences were climbed and corners were cut but all made it back safely with Clay pipping Liam to the finishing post by a mere 5 seconds! A great effort by them both, especially by Liam who kept the flag flying for the older generation. Mark was next home having closed the gap considerably on the last leg. Craig then out sprinted Roger to finish in 4th place but Roger made a more impressive sight at the end seeing as his face was covered in blood from a nose bleed. Strangely, despite them running virtually side by side, their different gadgets gave distances of 16.6km and 16.9km respectively but thankfully agreed that the course had 490 metres of ascent.

Michelle then became the first person to arrive at the finish from the opposite direction, after a detour via the shops, but she wasn’t the only one to arrive from that direction as others soon followed. Once everyone was through checkpoint 3 Colin settled down for his lunch and then managed to walk back to the finish and beat the last 3 competitors back.

At the finish Vicky laboured long and hard to provide everyone with much appreciated hot soup, tea and flapjack. Once everyone was back the prizes ( jars of homemade jam or chutney) were awarded with Clay being the Fastest person, Michelle the fastest lady, Mark took the Handicap trophy and Geri was awarded the Concordia trophy for the best first time effort.

Thanks to everyone who took part and especially to the checkpoint marshals and to Vicky for her superb hospitality and hard work in the kitchen. Also thanks for the donations that added up to £35 and has been given to Pendleside Hospice.

Some of you may have noticed with glee the absence of the fell race from the meets list this year. I did that’s for sure, but tradition is tradition and suffering is good for the soul allegedly. Either way it was for neither of those reasons that I decided to volunteer to organise the event this year. It was the endless unsubtle hints from Roger Mapleson about his desire to compete in the event this year and to grind Craig into the floor in the process. Getting to witness that potential duel was the real incentive, that and having the chance to learn the vagaries of the handicap system.

So get those fell shoes on and get training.

Cups, prizes (don’t get too excited) and glory are all up for grabs in the usual categories of the Fastest Lady, Fastest Man, the Handicap (still a mystery to me) and the Concordia Trophy for the best first time effort by a club member.

The race will definitely take place in the Rossendale area and will start from 7 Clayton Avenue, Rawtenstall BB4 6BW.  As is customary the exact route will be announced shortly before the start and a map will be provided.  There will be 2 groups with the walkers setting off at 10.30am followed by the runners at 11am.  As usual the course will be between 10-12 miles and will involve a bit of up, a bit of down, a bit of mud and the ability to navigate (or to follow those that can.)  Top tip: don’t follow “disorientated of Didsbury”, and I don’t mean Michelle.

There will be pots of tea on the go from about 10am for early arrivals.  There is a good bus service (The Witchway) to Rawtenstall from Manchester (with a bonus 10 minute warm up walk to the start) and there is ample parking on the main road but please car share if possible and park considerately.  Hot soup is guaranteed for those that run, walk or help and I might even try to bake a cake.  I already had a couple of offers of help for checkpoint duty but all offers will be greatly appreciated.

Hope to see you on the day. 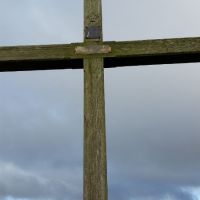 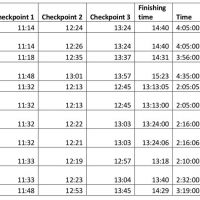