It was a foggy damp drizzly morning as Gowry and I drove over Axe Edge Moor toward the Roaches (an agreed alternative to the the original meet at Birchens Edge which had an even wetter forecast).  Reluctant even to carry my gear up to the crag in anticipation that there would be no climbing that day, we trudged up to the lower tier arriving fashionably late as the last members of our group of 6.  Roger was our honourable photographer and Duncan was an extra leader in case Gowry and I bottled out.

Andy did an impressive job of soloing most climbs around the Prow Corner area in boots and the rest of did a number of routes on ropes including Prow Corner, Prow Corner Twin Cracks and Prow Corner and Variation led by myself, Gowry and Duncan respectively and followed by Gowry, James and myself respectively.  James also led Prow Corner seconded by Andy, and seconded Andy up Prow Cracks and Prow Cracks Variation. Jared led a number of routes in that area followed by Emily and James. He then set up a toprope for Chalkstorm which he, Emily, Andy, Duncan and I all attempted and some succeeded.

The crag for today is Birchens Edge, which boasts a huge number of lower, mid grade and upper grade climbs to ease back into climbing after a long period of being off the rock.  Meet me anytime after 10.30am under Trafalgar Wall and enjoy the many well loved classic climbs this crag has to offer.  Looking forward to seeing you there with your hand sanitiser..

The KMC are running this meet in accordance to government and local Covid -19 restrictions. You must contact the meet leader, or the KMC Meets Secretary (meets@karabiner.org) before attending this meet. Thank you. 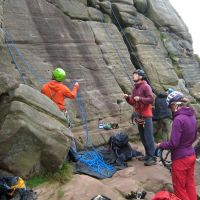 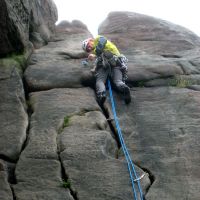 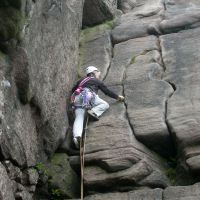 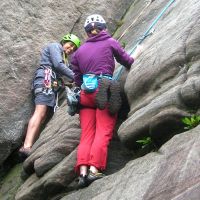 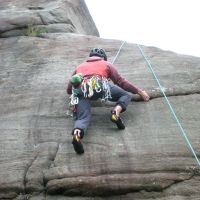 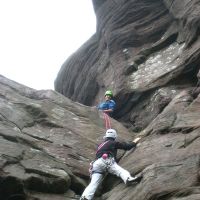 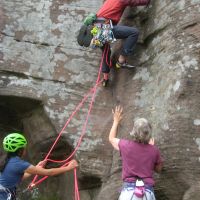 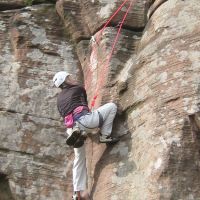 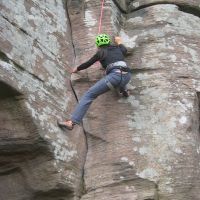