The campsite at Cwm Bychan was a wonderful base for this meet. There was no tap, no shower, no refuse bin but there were three portaloos and a nice flat field. All twelve of us set off into the hills on Saturday loaded with wetsuts, cossies and towels. The first swimming spot, Llyn Morwynion, was only about 300m from the path but it was like a jungle expedition to cross the rocks, bracken and heather that barred our way. On the only bit of flat grass by the Llyn, eight hardy souls immediately stripped off and donned various bits of bathing attire, the shortie wetsuit being the favoured garment. The temperature was a refreshing 14.7 degrees. Amidst cries of ‘Ooh its lovely' and ‘like your rubber hat', we slid gracefully into the water and swam about randomly until Michelle had swum purposefully across and back and we could justify getting out . The drizzle did not deter us but fortunately that was the only time it rained throughout both days walks. Back on the ‘path' it appeared to be a short stroll of less than a mile round to Llyn Du but took us an hour. This Llyn caused another round of clothes removal and more banter. Graham to Sue – ‘Can you hold this' – (his towel of course). The secretary's lurid trunks had many admiring looks and Mark Ashley's ‘ Aldi' wetsuit didn't stop him from shivering. It proved to be the coldest water of the weekend at 13.8 degrees. We were soon warmed by an impossibly steep looking ascent to the top of Rhinog Fawr where we could see all three of the Llyns we swam in plus one we would swim in on Sunday. There followed a long descent on indistinct paths to Gloyw-Llyn, our third swim where the water was a tepid 15.7 degrees. Sue got in here in just a cossie and I won't tell you where she put her flip-flops while she swam. A surprisingly good path took us back to the campsite. A total distance of 7.8 miles was covered in 7 hours. Are we good walkers or what?

We spent a pleasant evening on the site, surrounded by Graham's midge repellent coils, listening to tales of how hard the club was in past times and went to bed under a canopy of stars.

Iain left for home on Sunday and missed an even better day for weather than Saturday. After negotiating prices with the campsite owner we drove round to the head of Cwm Nantcol. We walked up a reasonable path to Llyn Cwmhosan. This is only a small patch of water and turned out too shallow to swim in. A short distance uphill we arrived at the impressive Llyn Hywel. Some thought this was the coldest swim so far but the sun was out so it was hard to tell. Here the party split into two. Four people staying by the lake and seven ascending Rhinog Fach. We all re-grouped at Llyn Perfeddau for our final swim. Because the water was shallow and a little warmer we all stayed in ages. Dave, perhaps feeling too conspicuous in his ‘trunks of many colours', snuck in for a skinny dip. Cheeky boy.

The descent was a triumph of route-finding through the difficult terrain. No-one fell in the river, no-one disappeared completely into the bracken and only one wall had to be crossed. We covered a distance of about 6.5 miles.

Special bravery awards go to Iain for camping after a few years of keeping his tent under wraps, to Roger for camping at all (yes we lent him a tent), to Kate and Laura for not wearing wetsuits and to John for walking so far after his operation.

Thanks to all who came and helped make this a special and different weekend in a quiet and wild part of Wales.

This is a camping based meet at Cwm Bychan SH646315, 5 miles inland from Harlech. Alternative stay at Harlech YH as campsite looks fairly basic. Main swimming/walking day Saturday with a view to swim in Llyn Eiddew's Bach and Fawr plus some walking. You will need cossie and or wetsuit plus shoes to swim in are useful. You could go for the whole skinny dip thing but personally I don't want to display my wrinkles! More opportunities to swim on Sunday south of the campsite. Very rugged walking I'm told so distances will be short. 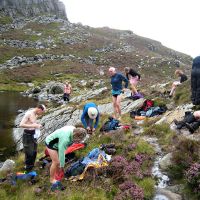 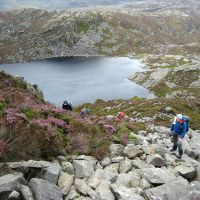 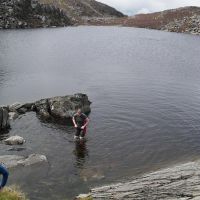 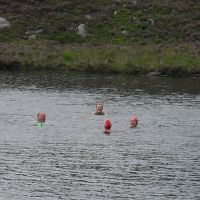 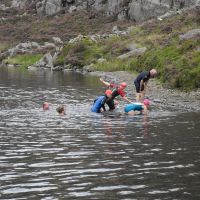 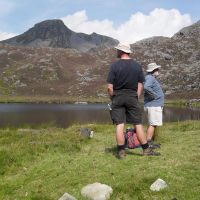 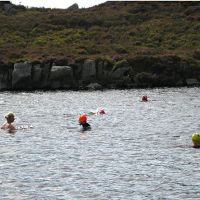 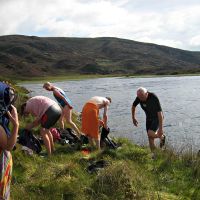 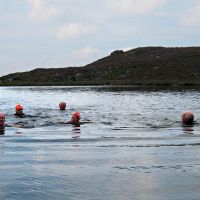 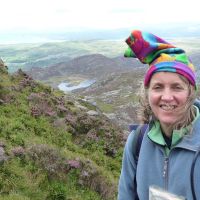 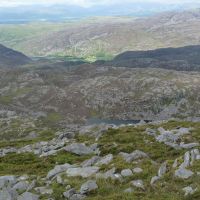 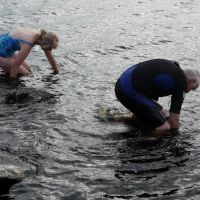 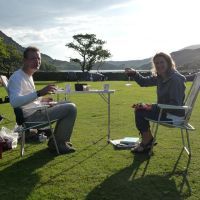 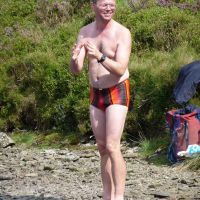 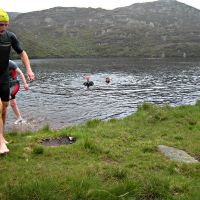 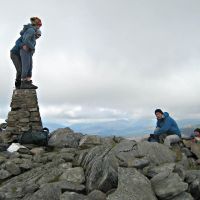 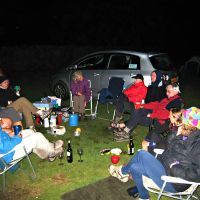 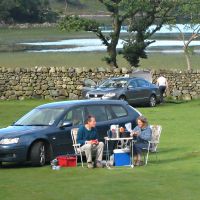 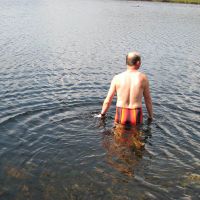