The plan was to meet up in the Wombat area but on arrival at the parking area Katharine had arrived early and as we walked along the upper tier heading towards the arranged meeting place, the lure of Black and Tans was just too much to pass by. It was a first for me to see nobody climbing on the crag, as this area of the Roaches can sometimes be as frustratingly busy as Stanage! Perhaps it was something to do with the very low cloud and slight drizzle that was just enough to give the rock a nice damp green feel in certain critical places! So abandoning all meet leader responsibilities we started up Black and Tans when half way up the first pitch Andy and Mark came past rather confused wondering why we in the wrong place!!! Well it was worth it, such a good route despite changing second half way through.

By an hour later the rest of the crew had arrived, the clouds had lifted and the drizzle stopped, even the sun made a very encouraging appearance now and again to spur us on to bigger and better things. Andy and Mark led the way up Technical Slab, Dave padded his way beautifully up Central Route, Trish gave as all an entertaining lead on Pedestal route, Des found his climbing skills again after eventually getting off the ground on Crack and Corner, but there was definitely a reluctance to tackle the climb of the crag, The Sloth! [ah, the tales it would tell if it could talk. Ed.] By the end of the day most had tackled most of the routes in the area plus some as far afield as Damascus Crack (Wombat Area) and several on Blushing Buttress.

All in all it was a great day out enjoying the best of the Roaches.

What can be said about the Roaches that has not already been said! From Rockfax " The Roaches is the finest and most popular of all the Western Edges and with good reason".

It has to be a must do meet where there are climbs for all tastes and abilities, ranging from classic routes such as Black and Tans and Valkyrie to a host of no less demanding but entertaining routes. I plan to be around the Wombat Area on the Upper Tier from about 10:30 onwards. Hope to see you all there! 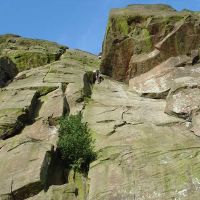 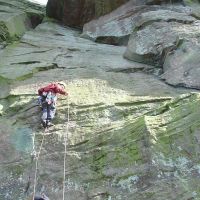 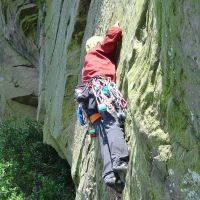 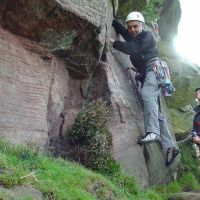 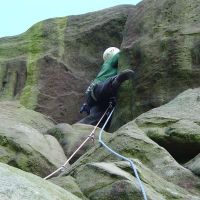 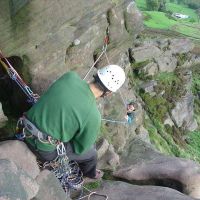 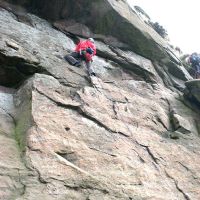 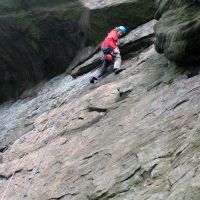 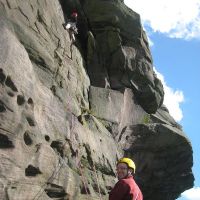 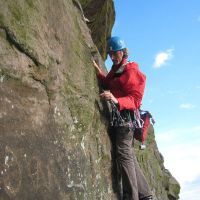 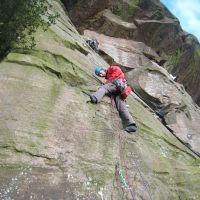 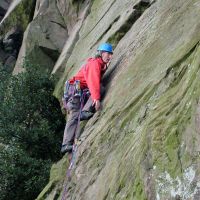 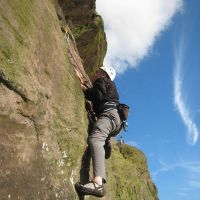 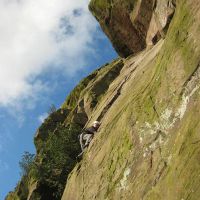 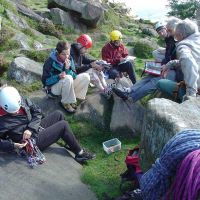 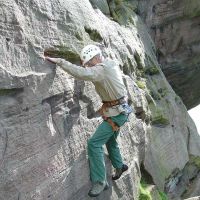 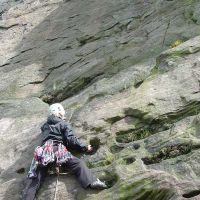