Thanks to a fairly good forecast there was a pretty good turnout. Within a few minutes of the start of the walk we nearly lost Dave Shotton near the car park but gained a late starter by the name of Phil Ramsbottom. Fortunately all ended well as Dave was to soon catch us up.

Parkhouse Hill, by my steepish line of ascent, got the old lungs working but on reaching the top of this mighty hill of 372 metres we were afforded impressive views. It was then up and over Crome Hill and down to Earl Sterndale for a pint at the “Quiet Woman”.

The afternoon saw us briefly meeting up with fellow meet members who were climbing at Aldery Cliff. The crag is apparently owned by the BMC. Whilst watching the climbers we witnessed a very large boulder falling off the crag and landing at its base; by good fortunate no one was in the vicinity of this spot at the time.

From there it was a short detour over High Wheeldon Hill, we then journeyed a bit further south before meeting the river Manifold and turning back to Longnor.

Thanks to all those walkers and climbers who attended the meet.

A walking meet in the heart of the White Peak. Meet Longnor Market Square Car Park at 9.45am for 10am start Grid Ref 088649. We will initially head in a northerly direction towards Yewtree Grange, we then cross the B5053 and head down towards the River Dove; Parkhouse Hill now rises above us. Providing the weather is reasonable we will traverse the steepish ridge of Parkhouse Hill at 372 metres (it is probably not worth doing this hill on a wet day as the descent is over potentially slippery rock with a small amount of exposure). We then cross Dowel Dale before ascending Chrome Hill at 430 metres. By Peak District standards this ridge is varied, weaving and dipping between limestone outcrops. From there we head north west over Tor Rock before linking in with a minor road which takes us down the upper part of Dowel Dale.

We then leave Dowel Dale and cut across to another minor road which takes us into Earl Sterndale where there is the prospect of a drink at the "Quiet Woman " PH. For the afternoon we head south-east towards Crowdecote with the option of climbing High Wheeldon which apparently affords good views. After Crowdecote we walk a bit further south towards Upper Whitle, crossing a number of farm fields before curving back towards Longnor along the River Manifold. In total the walk is approximately 10 miles. 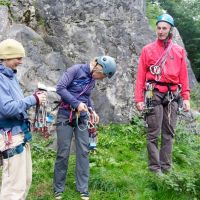 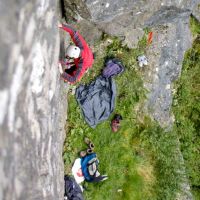 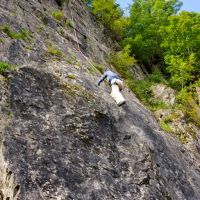 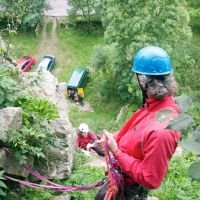 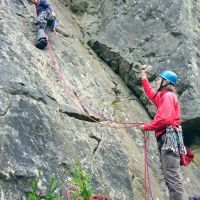