An excellent turnout meant that this was a really successful working meet. A massive thank you to all those who have attended a working meet this year or who have contributed to the hut in so many different ways.

To be honest the weekend started quite badly for me as it took nearly 5 hours to get to Wales due to some horrific traffic on the way down. Arriving quite stressed just Bob and John were at the hut but several more people had let me know they were on their way and a few had decided to come on Saturday morning, something I wish I had considered. After a couple of beers and a chat about the day to come most retired early and got up at a good hour to start on the jobs ahead.

We are lucky to have, in Jo Sayers and Mark Furniss, a crack team of very skilful tree surgeons and they did a brilliant job of thinning out the big tree at the bottom of the garden and the pines to the side of the hut to improve the view down the valley and help the pines live a little more healthily. The wood collected was formed into a bonfire and is ready to go in a few weeks time.

Bob has developed a reputation over recent working meets as the man to go to when something needs painting and he didn’t disappoint this time either doing a fantastic job of whitewashing the gas store and painting the corridor leading from the lounge to improve the look of the hut.

Trish did a great job on the exterior paintwork ensuring that nearly all the windows have had a coat of paint this year at one of the three working meets. Al was also very handy installing a new light above the entrance door and preparing the walls in the passage for Bob to paint.

Many thanks must go to Mark Garrod for preparing and applying the first of several coats of paint to go onto the new soffit board we are preparing to go on the end of the hut. This job meant spending the day in the loft and it was beautiful outside so apologies Mark; you did a great job.

John was down at the hut for a few days and was planning to do some strimming of the track and improve the track’s drainage. He did some sterling and extremely hard work clearing up the remains of Ty Derelict which we had knocked down on a previous working meet. I definitely need to work on my upper body strength as John wielded the sledgehammer with greater success than I.

Chris worked hard on numerous technical jobs requiring preparation and both he and I will be doing some more essential work on the hut before the winter sets in. Many other tasks were also completed including a bit of cleaning with Henry, our new vacuum cleaner, who was introduced to the hut and seemed to settle in well.

Lunch was prepared by me and seemed to go down well even though I’d not realised quiche Lorraine has bacon in it! Thankfully the soup definitely was vegetarian. We had a few drinks and a laugh in the evening especially when Mark, Jo and I forgot that the passageway had been painted and all leant against the walls!

Sunday was another gorgeous day and at least 3 teams set out for a climb most making their way to the Ogwen valley. The October sunshine was a joy to climb in and Cwm Idwal kept me and Chris out of the strong breeze that was felt higher up. Bob continued his quest to climb as many lesser known hills as he is able by making an ascent of… well I’ve forgotten but you probably won’t have heard of it anyway! Kate seemed to enjoy coming down to the hut for the first time and seeing what it is like so all in all a very successful working meet with just the right balance of work and play. Thanks to everyone and I hope it was actually fun!

Lots of jobs need doing on the hut. Phil Ramsbottom and Rodger Dyke kindly did some plumbing work in August to ensure that all cold water taps are fed off the mains water supply. Their new pipe work needs trace heating attaching to it before the winter comes. We also need to tidy up the rubble left behind when Ty Derelict was pulled down. The eave at the far end of the hut could also do with being replaced as it has become rotten. We may also try and whitewash the gas store and some bed sheets still need replacing. If anyone could come down to the hut with a sewing machine I would be forever grateful.

If loads of people turn up there are a host of other jobs we might do including thinning out the trees at the side of Ty Powdwr and washing all the bedding and pillowcases would be nice. It looks to me like there is something for everyone in this list wherever your talents lie! There was a disappointing turn out last working meet so let's try and improve this time around. If you've not been down for a while give it a try. It might even be fun! Bring a beer or two for Friday and Saturday night and hopefully everyone should have a great day out on the hills on the Sunday. Hope to see you there. 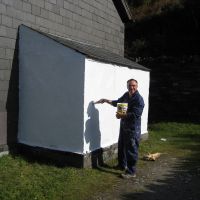 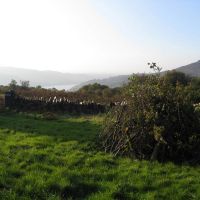 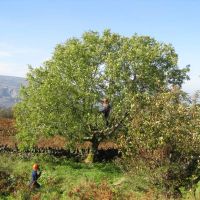 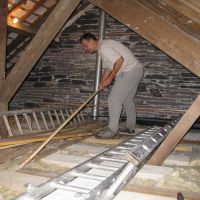 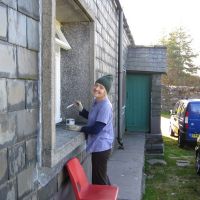