“There’s a group of people walking across that field.”

If you’re looking for this one on the original meet’s list, don’t bother; it was an extra one. We spotted a gap in the list. No doubt an oversight, where there should have been a run, walk, bike ride or party; but with no more climbing meets scheduled for 2010, we thought we’d nab it for an extra one.

Hence we came to be wandering across the lush hillside, past the glacial erratics (also an educational meet), with this old codger’s failing eyesight unable to distinguish between people and livestock. Vicky, sadly, was dying from something Keiran had lovingly incubated for her, so it was just Duncan and myself.

Robin Proctor’s Scar (formerly known as Norber Scar) is a Yorkshire limestone crag above Austwick. Formerly the home of some gnarly and rarely climbed trad routes, the scar has been redeveloped as a sport crag in recent years, with climbing as good as most at the grade in the local area. The sunny aspect means the rock is quick drying and the view from the crag is superb. Ideal, as it turned out, for a mid October meet.

We found nine already at the crag with ropes on various routes. Mark Holding arrived a little later to bring up the dozen. Leo couldn’t make it, but we’d got his dad. A bit less rock athlete and a little more rock jester.

Both meet leaders managed to clock up a little air time, but found they weren’t the first. This meet leader suckered into warming up on something too hard by Duncan, which resulted in two falls and a submission. Duncan discovering you can fall off the easy bits as he landed more comically on his backside (poetic justice perhaps).

The standard was high. Most of the routes climbed were from F5+ (about English 5a) upwards, with Living the Dream (F5+), Interloper (F5+), Tombstone Blues (F6a), Subterranean Homesick Blues (F6a+) and Wheels on Fire (F6a+) proving popular.

Duncan just took the honours for the hardest lead with Call Direct at F6b+/c (Pretty Damn Tricky in English). Caroline was close behind, getting full marks for cruising Tradesman’s Entrance (F6b+), but also receiving four faults for falling off one of the easiest routes of the day. Ding was game to follow pretty much any route and explore quite a bit of rock either side of them! James found it’s hard to climb up when your belayer’s locked you off, and everyone that looked at it agreed that Yellow Edge is a sandbag.

We’d left Manchester under clear blue skies, driven through rain near Clitheroe, but enjoyed dry and mostly sunny conditions on the crag: just a little cool at times when the sun went in.

Those who came seemed to appreciate the extra climbing meet, so worth keeping them going a bit further into the back end of next year’s list. I’ve put another Yorkshire limestone one on for about the same time in 2011.

Thanks to all who came.

Noting that there was a gap in the meets list, we thought we'd offer up this additional opportunity for outdoor climbing whilst there is still the chance of some fine autumn weather.

Robin Proctor Scar (formerly known as Norber Scar) has been redeveloped as a sport crag in recent years, with the crag now extensively bolted. The routes range from F5 upwards, with climbing as good as most at the grade in the local area. The sunny aspect means the rock is quick drying and the view from the crag is one of the best in the Dales.

Access is from the A65 between Settle and Ingleton, Take the turn-off for Clapham. Head into the village and at its centre park at the information centre. Walk up the lane until a footpath on the right leads through a tunnel. Walk along the track for about 1km until a footpath sign to Norber is reached. The crag is very obvious from here. Walk across the field and up the short scree slope.

You can check the crag out on www.ukclimbing.com

Hope to see some of you there. 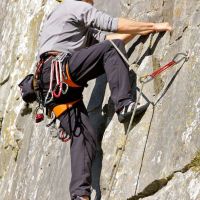 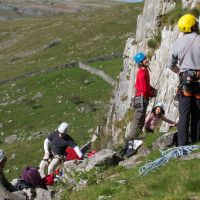 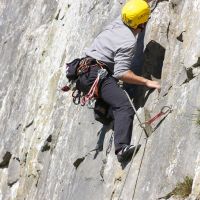 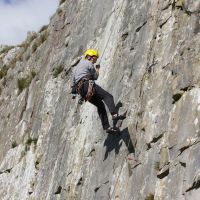 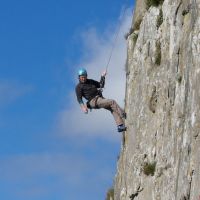 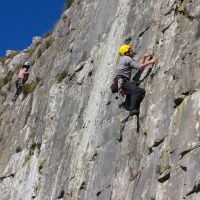 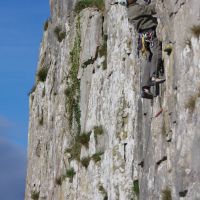 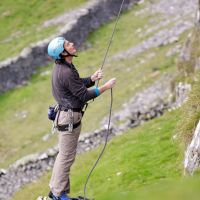 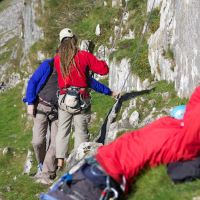 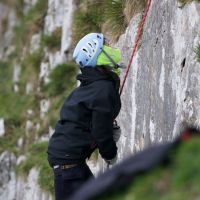 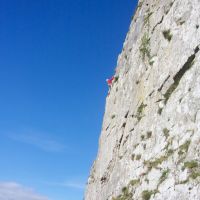 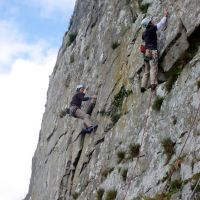