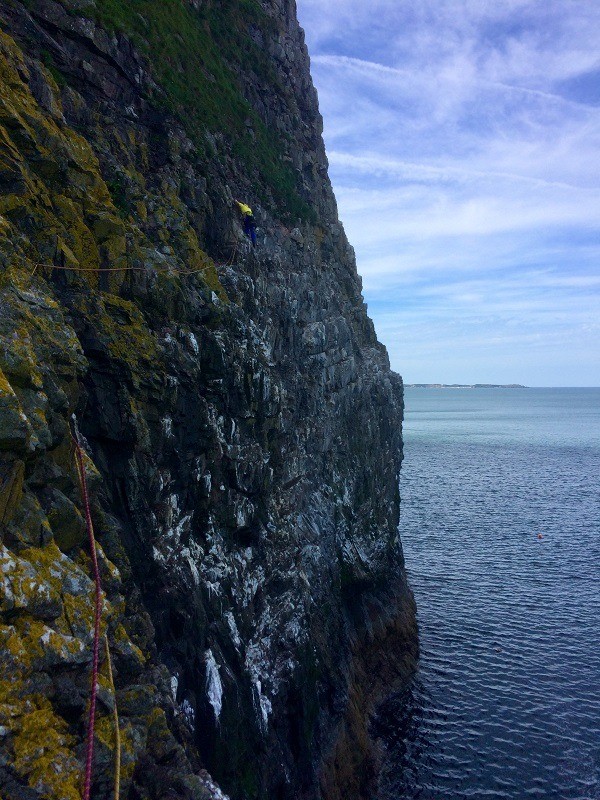 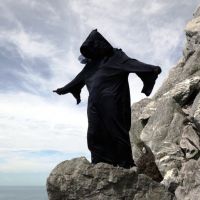 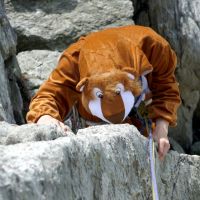 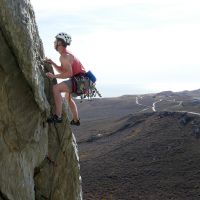 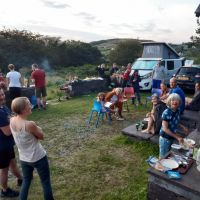 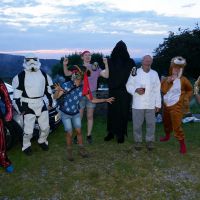 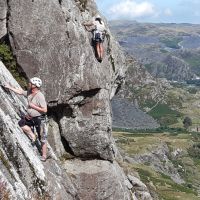 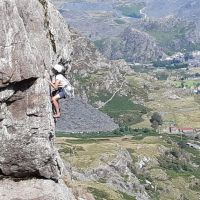 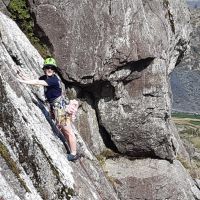 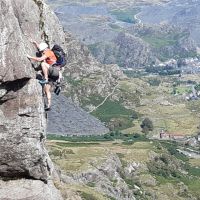 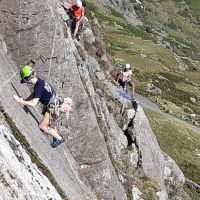 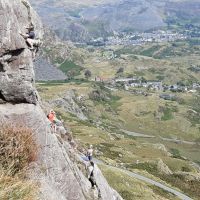 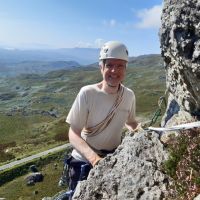 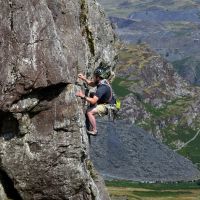 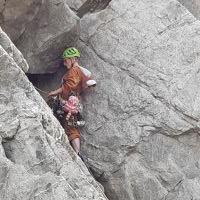 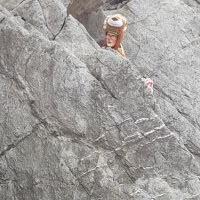 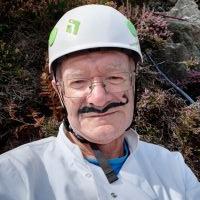 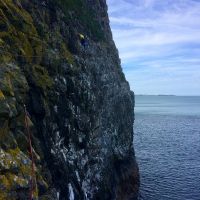 (My apologies if I have missed anyone out – it was a well-attended meet.)

Wow – what a weekend!  Out of a dismal wet and miserable August 2019, came three amazing days of sun and warmth to coincide with the Bank Holiday weekend.  This encouraged members, prospective members, kids, grand kids and guests to flock in numbers (35+) to the Hut for a weekend of activity – far too much to possibly recount in this meet report.

Of note, a healthy crowd of ex. Salford University Mountaineering Club members turned up, presumably to take advantage of the weather and to catch up with Graham Hazlehurst, who was back in the country for a few weeks escaping the New Zealand winter, accompanied by Emily Liddell, his significant other.

The official programme was a day of climbing at Holyhead Mountain on the Saturday followed by a BBQ in the evening.  The climbing venue was thought small enough to ensure all groups could mix throughout the day.  So it turned out a surprise to me that indeed some groups never caught up with others throughout the entire day – I thought some had ended up in the pub instead….  Mark and Nils were first out the door as Mark was keen to add to his tally of Parkrun venues – taking in Penrhyn Castle.  Due to an ongoing injury (thanks to Parkrun), Nils acted as cheer-leader for Mark to ensure he satisfactorily navigated this circuit.

The BBQs came out on Saturday evening and a pleasant was had by all.  The Fancy Dress came out, photos taken.  We also helped celebrate Katy’s birthday.

There was no programme on the Sunday, but the slate quarries saw a visit by a number of KMCers.  Meanwhile Mark Pilling introduced his six year old daughter, Sophie, to climbing at Lion Rock, where it turned out that coming down was somewhat harder than going up!

Monday – well I’m not really sure what happened to most.  A few car loads, including, Emily (P), Dave (S), David (R), Dave (S), Merion, Gowry, Nils headed off to the Moelwyns to Clogwyn yr Oen and did some fine routes there (including Bent, Slick, Slack), to be joined by Dave D and Ding for moral support.

My thanks to Emily for organising the fancy dress and BBQ side of things.